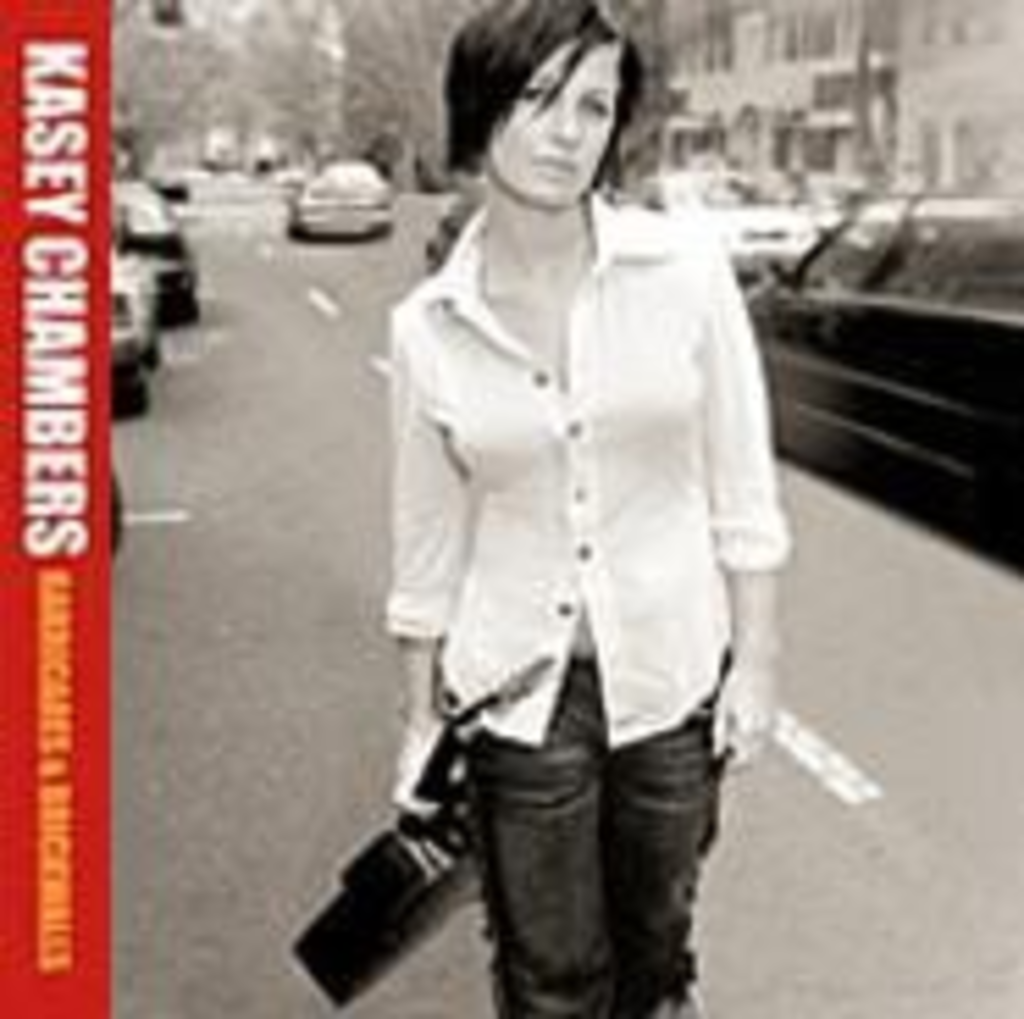 Virtually all musicians are artistic sponges to one degree or another. Ideal is the artist who soaks up everything but sounds wholly distinctive: Elvis Presley and Bob Dylan are obvious examples. At the other extreme are the musicians who, however engaging their music might be, seem merely to reproduce what they’ve absorbed: Ryan Adams, say, or Lenny Kravitz.

On her much-heralded debut, The Captain, Kasey Chambers leaned heavily toward the Xerox end of that spectrum. She was, by turns, Emmylou Harris, Lucinda Williams and Julie Miller, or else she came off as a composite of the rootsy singer-songwriters those names suggest. And no wonder: The Captain, already a hit in Chambers’ native Australia when it was released here in 2000, included songs written when she was still a spongy seventeen.

Chambers is 25 now and, as her new Barricades & Brickwalls proves, much more her own artist. Her vocals are less waifish and more womanly, and her phrasing, give or take the occasional Julie Miller-esque sigh or Iris Dement-styled sob, is less derivative. Best of all, her songs, and their newly diverse arrangements, have made a great leap forward. With the spry “A Little Bit Lonesome,” she conjures Loretta Lynn fronting the Drifting Cowboys without mimicking either. “The Nullarbor Song,” about how you can’t go home again but also about how you never really leave, sounds at once as dark and fresh as the night sky. On the booming boogie “Crossfire” as well as the searing title track, she draws lines in the sand, then backs up every threat with rock and roll as menacing and bluesy as anything the alternative-country genre has yet to produce. Finally, on the voice-and-strum ballad “Ignorance” — a hidden track that’s easy to find; it’s the one helpfully identified as “Hidden Track” — she wants to look away from the world and its troubles but is too pissed off to do anything but look them dead in the eye.

Why do you see right through me? Chambers wonders on “Not Pretty Enough,” as if you could miss all the ways she’s become her own woman.