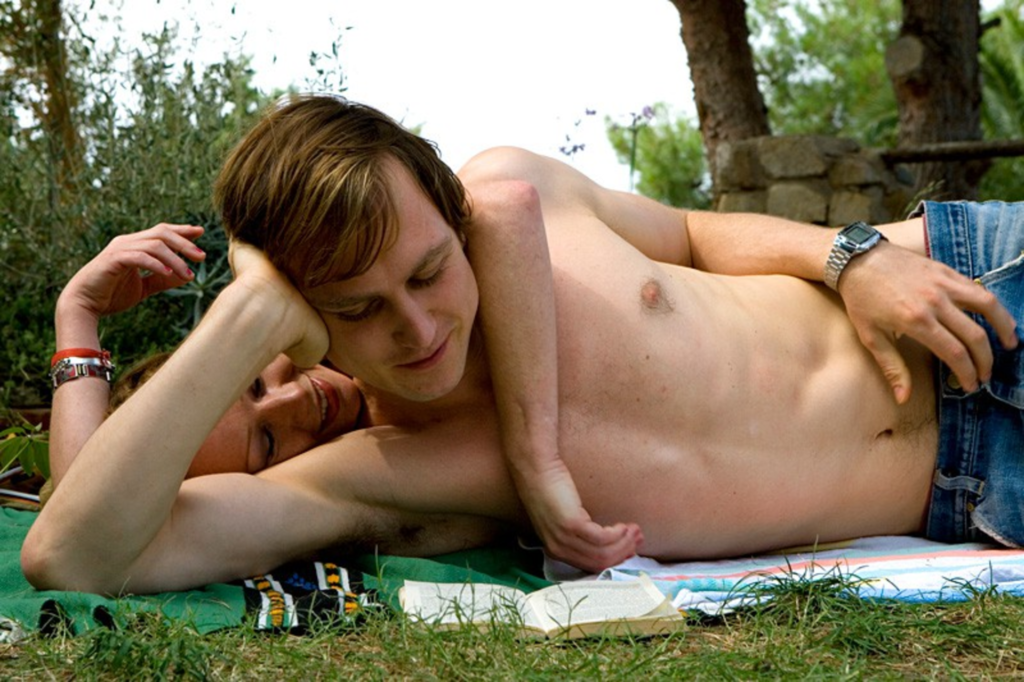 I’m not too worried that the continued success of Jackass — which offered me the closest thing to pure escapist pleasure found on the job this year — is a sign that we’re getting more stupid. But I do sort of wonder if the massive success of Inception is a sign that we’re getting more stupid. It was sold, and bought, as the year’s most “intelligent” blockbuster while actually insulting the intelligence of its audience (to quote Andrew O’Hehir’s salon.com review, “Every time the story gets puzzling, the characters call a timeout and explain it”). But Inception, which both conquered the 2010 zeitgeist and helped define it, was merely the biggest rendition of the year’s most prevalent movie theme: How do you know that what you think is real is actually, like, really real? How do you know that you’re not being fucked with?

It’s a theme that manifested itself across budgetary strata and genres, popping up overtly or as subtext in everything from camcorder quasi docs (such as Catfish, Exit Through the Gift Shop and I’m Still Here) to big-money entertainments (such as Salt and How Do You Know). Two of my choices, Roman Polanski’s The Ghost Writer and Martin Scorsese’s Shutter Island, directly deal with the “real real” question, and most of the other films on my list incorporate some variety of au courant skepticism, from the romantic questioning of Everyone Else to Enter the Void‘s vision of afterlife as “the ultimate trip” to the full-on phantasmagoria of my No. 1 film of the year.

I can’t fully condone Noé’s trip — in my review, I called it a “mash-up of the sacred, the profane and the brain-dead,” and I stand by that. But I’ve come to appreciate its stoner stoopidness as part of its charm. And nothing else in 2010 set off my “what the fuck am I watching” censor quite like it.

The best Hollywood thriller Hollywood did make this year.

7. Everyone Else
Directed by Maren Ade

Want your Blue Valentine-like dissection of marital strife without the Academy-montage mugging and wall-to-wall Grizzly Bear? Try Ade’s second feature, a grueling (but gorgeous) snapshot of a young couple whose vacation idyll is slowly eroded by insecurities brought in from outside.

The surprise winner in January of the World Cinema Jury Prize: Documentary at Sundance, Brügger’s hilarious document of his subversive journey into North Korea with two Danish-Korean comedians in tow is, like Dogtooth (see below), concerned with a closed system maintained through manipulation of reality. But Brügger and gang come armed with their own complicated series of manipulations: In The Year of Being Fucked With, the year’s best doc offered a game plan for how to fuck with them.

The year’s second masterful portrait of L.A. ennui as seen through the camera of Harris Savides (the other is Greenberg), Somewhere should be remembered as a game changer for Sofia Coppola. Here she shrugs off the crutches — music-video language and decorative design — that defined her first three films, adopting an entirely new stylistic approach while remaining true to her key concerns. Don’t think of it as a movie about the rich, famous and beautiful from the perspective of a woman who has been all three since birth. Think of it as a movie about what happens when you get everything you thought you wanted and you’re still miserable.

Feted at Cannes in 2009 and heralded by aging tastemakers (David Byrne, John Waters) upon its summer 2010 release in New York, the second film from Greek director Lanthimos is a matter-of-factly violent, blacker-than-black comic parable about sex, pop culture and closed societies, set in a single suburban home.

Ronald Bronstein, the director of the 2007 underground opera of awkwardness Frownland, is starting to attract awards attention for his go-for-broke performance as the desperate dad of two young sons in the Safdie brothers’ manic, electric 16 mm roman à clef. If only all awards-bait family dramas were this unflinching, honest and funny-horrifying.

Through Ben Stiller’s epic depresso, Roger Greenberg, a 40-ish Bushwick refugee floundering around Los Angeles and anti-seducing the much younger and surprisingly receptive Florence (Greta Gerwig), Noah Baumbach and soon-to-be-ex wife, Jennifer Jason Leigh, distilled a certain toxic stew of unearned snobbishness, generational entitlement and self-defeating self-obsession — familiar from “Losing My Edge,” the 2002 single by James Murphy, who composed Greenberg‘s soundtrack — and gave it a name. They also gave Stiller the best role of his career.

Influenced by surveillance and prank videos but hardly haphazard (in fact, its nonaesthetic is the result of intricate design and careful production), Korine’s faked relic about a separatist group of drunken, garbage-can-fetishizing, self-mythologizing miscreants is the ultimate twisted fairy-tale allegory for our decaying times. After vacillating on a No. 1, in the end I voted with my heart. And, no, I am not fucking with you.