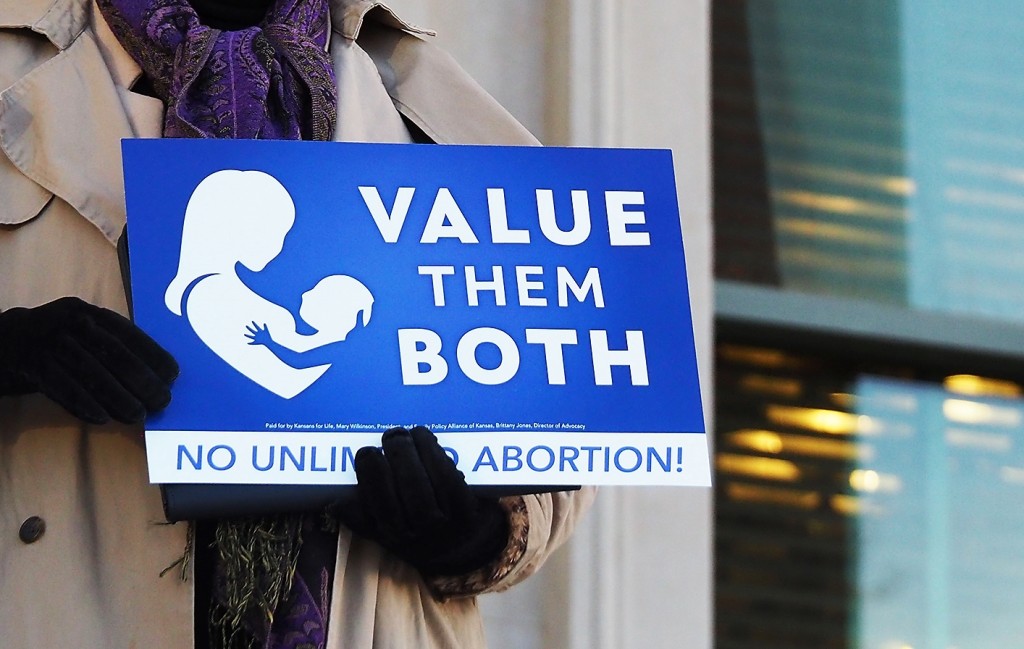 The ballot measure was failing by a 63-37 margin at 9:45 p.m. as voters responded to an intense and costly campaign marked by dubious claims by amendment supporters and the unraveling of protections by the U.S. Supreme Court. // Noah Taborda/Kansas Reflector

Voters in a landslide Tuesday defeated a proposed amendment to the Kansas constitution that would have stripped residents of abortion rights, defying polling and political observes who expected a close result.

The ballot measure was failing by a 63-37 margin at 9:45 p.m. as voters responded to an intense and costly campaign marked by dubious claims by amendment supporters and the unraveling of protections by the U.S. Supreme Court.

The question before voters, in the form of a confusingly worded constitutional amendment, was whether to end the right to abortion in Kansas by voting “yes” or preserve the right by voting “no.”

The outcome could have far-reaching political implications, with a governor’s race and congressional seats on the ballot in November. It also means reproductive health care will remain available in a state where six girls younger than 14 were among nearly 8,000 patients who received an abortion last year.

While the vote took place in Kansas, it will have a major impact on Missourians’ access to abortion.

Missouri’s restrictive abortion laws, and the fact that the one abortion clinic in the state is in St. Louis, resulted in only 167 abortions being performed in Missouri in 2020. Meanwhile, 3,200 Missourians travelled to Kansas that year for an abortion and more than 6,000 to Illinois.

The proposed constitutional amendment is a reaction to a 2019 decision by the Kansas Supreme Court, which struck down a state law banning a common second-term abortion procedure. The court determined the right to bodily autonomy in the state constitution’s Bill of Rights includes the decision to terminate a pregnancy.

That meant abortion remained legal in Kansas when the U.S. Supreme Court overturned Roe v. Wade, allowing each state to determine its own rules for reproductive health care. Kansas attracted national attention as the first state to vote on abortion rights in the post-Roe world.

“You know,” said Senate Minority Leader Dinah Sykes, a Lenexa Democrat, “you go back to William Allen White: ‘If something is going to happen, it’s going to happen in Kansas first.’ A lot of friends from across the country are like, ‘Why is this on a primary ballot?’ So I think they’re paying attention to really some cynical tactics that the other side tried to play to their advantage.”

Voters showed up in unforeseen numbers in urban areas of the state, while rural areas underperformed compared to turnout in the presidential race two years ago. Forecasters with Cook Political Report and FiveThirtyEight predicted early in the evening that the amendment would fail, possibly by a double-digit margin.

Passage of the constitutional amendment would have nullified the Kansas Supreme Court ruling and given the Legislature the authority to pass any kind of abortion restriction, without exceptions for rape, incest or a patient’s health. The amendment’s defeat means abortion will continue to be legal — and heavily regulated — in Kansas.

Supporters and opponents of the amendment spent millions of dollars in campaigns to educate and influence voters.

The so-called Value Them Both Coalition refused to say whether it would support a ban on abortion if the amendment passes, routinely denouncing claims that the amendment equates to an abortion ban. But audio obtained by Kansas Reflector revealed that supporters of the abortion amendment already had legislation in mind that would ban abortion from conception until birth, without exceptions.

The Value Them Both Coalition denied Kansas Reflector entry to its election night watch party because the organization doesn’t approve of Reflector news stories.

Opponents of the amendment have complained about its misleading language. A line-by-line analysis by the Guardian concluded “the ballot language sows confusion in an effort to push people to vote ‘yes.’ ”

The amendment claims to ban government-funded abortion, which is already banned under state law, and suggests the Legislature “could” provide exceptions in state law for rape, incest or the life of a mother — even though the amendment doesn’t actually require those exceptions.

Annual reporting from the Kansas Department of Health and Environment shows that a typical abortion in Kansas involves a woman of color between the ages of 20 and 30 who lives in Kansas or Missouri and is unmarried, already has at least one child, has never had an abortion before, is less than nine weeks from gestation and uses the drug mifepristone to terminate her pregnancy.

Because of existing restrictions, which remain in place even if the amendment fails, she has received state-ordered counseling designed to discourage her from having an abortion, waited at least 24 hours, looked at an ultrasound image and pays for the procedure out of her own pocket.

No abortions occurred outside of 22 weeks, the legal threshold except in cases where the mother’s life is in danger.

This story was originally published by the Kansas Reflector, a States Newsroom affiliate.