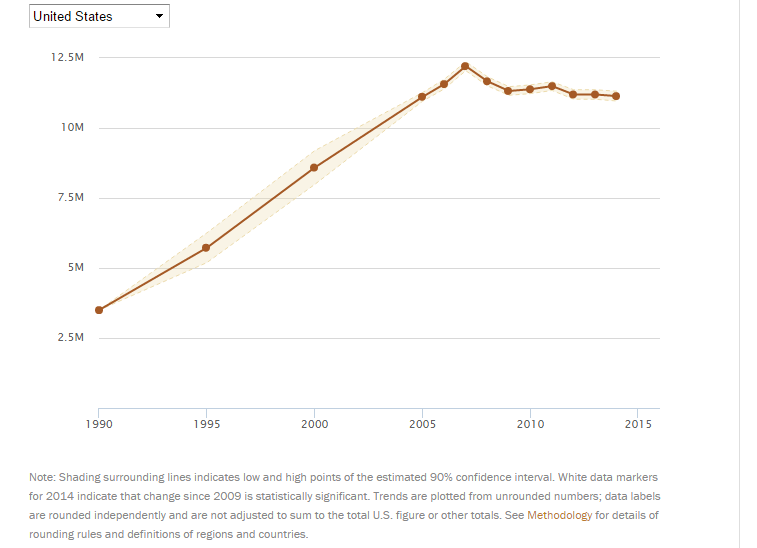 On Tuesday, a considerable percentage of the American electorate will enter their local polling places and fill in the oval next to Donald Trump’s name. Many of those who will do so are energized by Trump’s position on immigration. They like his plan to build a “great, great wall” along the United States-Mexico border, and they heard their own worries when, during the first debate with Hillary Clinton, he said that the U.S. is “a nation that is seriously troubled.” They heard him say, “We’re losing our jobs. People are pouring into our country,” and they agreed.

In reality, though, the cold facts suggest that illegal immigrants are not pouring into our country. Not at all. According to a new Pew Research report, the number of undocumented workers in the U.S. has remained more or less flat, at around 11 million, since President Obama took office, after rising steadily during the 1990s and peaking in 2007.

“Across the United States, most states saw no statistically significant change in the size of their unauthorized immigrant populations from 2009 to 2014,” the report notes. (See chart.)

And Kansas — a state that will almost certainly deliver all of its electoral votes to Trump on Tuesday — is one of a handful of states in the country that has seen a “statistically significant” decline in its numbers of unauthorized immigrant workers, according to Pew. This mostly can be attributed to Mexican immigrants leaving the state, Pew notes. 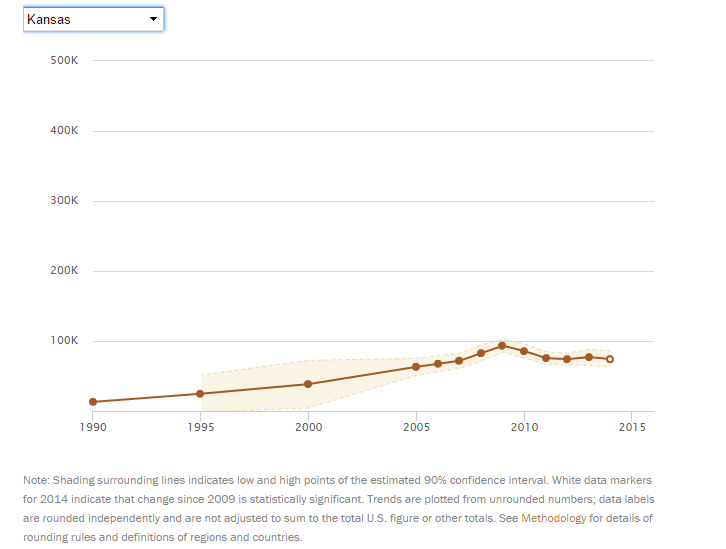 Somehow, neither this information nor the fact that Obama has deported more people than any president in history seems likely to change the view in Trumpland that there are too many nonwhite people in America, and that Obama, Hillary Clinton, and the rest of the Democrats are to blame.

You can view the report in its entirety here.