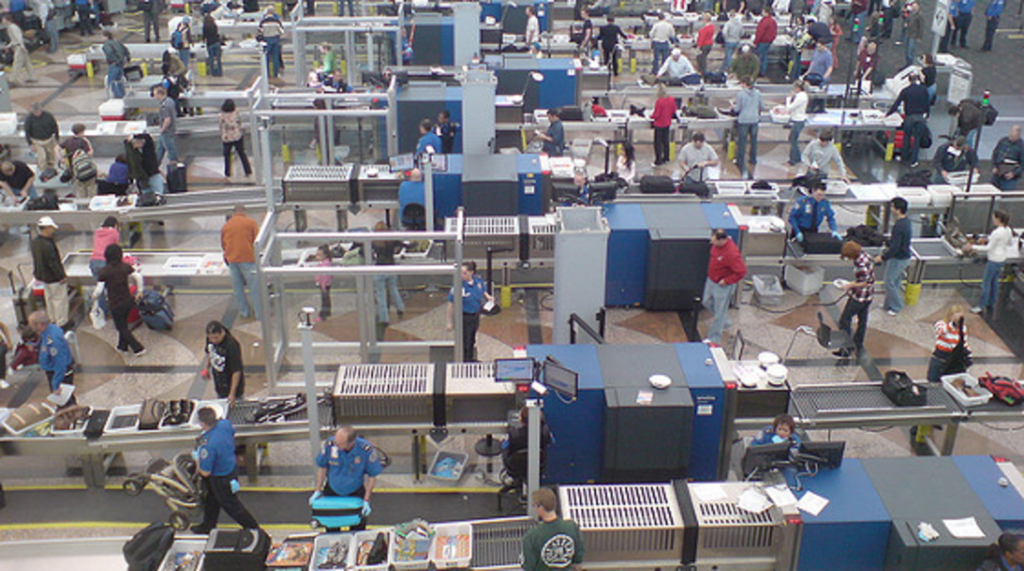 In a move that the late Charlton Heston would love, Kansas Rep. Brett Hildabrand (R-Merriam) wants to keep the Transportation Security Administration’s filthy hands off you. The Wichita Eagle reports that Hildabrand is one of 21 Kansas lawmakers supporting a bill that would make it illegal for TSA screeners to conduct a pat-down on a person’s private areas. Screeners would also not be allowed to separate a child under the age of 18 from a parent or guardian.

House Bill 2175 prohibits intentional touching, without probable cause, of “genitals, buttocks, anus or female breasts of such person, including touching through clothing.” If a screener (or, as they are known in the bill, the person who oversees the “determination of whether to grant another person access to a publicly accessible venue or form of transportation,”) were to be convicted under the new law, they would lose their job and could be fined up to $25,000. The Kansas House Committee on Federal and State Affairs heard the bill Tuesday.