Kansas native returns to her roots for comedy special

"Never Been Kissed," a comedy special written by and staring KC's own Nicole Burch 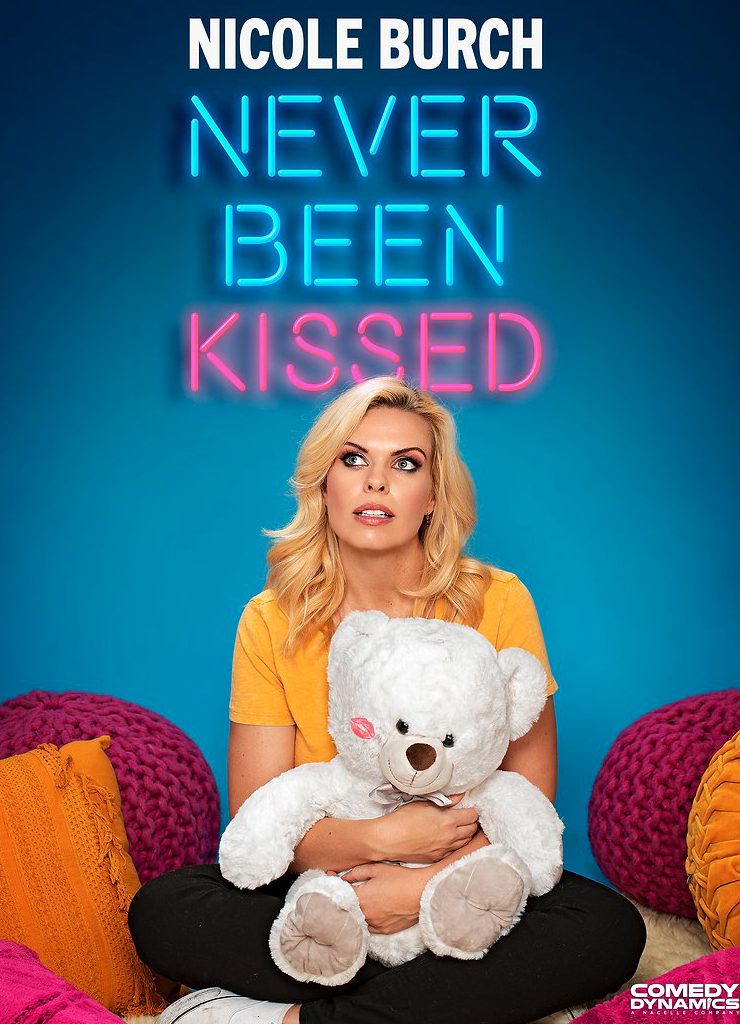 I’m not in Kansas anymore

Born and bred in Shawnee Mission, Kansas, Nicole Burch has been a writer as long as she can remember.

A graduate of Bishop Miege High School and Washburn University, Burch moved to LA at the age of 27 to chase her Hollywood dream of being a dramatic actress. However, within days of arriving on the West Coast, her plans took a sudden shift. After auditioning for the famous Groundlings Theatre and School, a producer of many Saturday Night Live players, such as Kristin Wiig and Will Ferrell, Burch found herself enrolled at the school known for its roots in comedy.

Burch recalls that “within two days of me taking dramatic headshots, I was like, oh, I’m not that good of an actor.”

Her journey at Groundlings was an experience that was “a lot of fun” but also “cut-throat” toward the end. She was in the same class as Heidi Gardner, a current actor on SNL, who she developed a friendship with. Because the school focuses on sketch and improv, it was at this time that Burch began to merge her writing with what she was learning in the classroom. “[That] honed my writing skills with comedy thoughts,” said Burch.

After Groundlings, she decided to try standup comedy, something she avoided for a long time because of the late nights and tours she thought it would require. However, Burch finally gave it a try so she could experience first hand what material she wrote worked on live audiences, something that provided direct feedback she could apply to scripts she was writing.

It wasn’t long before Burch realized she was able to book decent gigs locally and it was more conducive to her schedule than she had anticipated. “I would still drive to San Diego and within Vegas, but it was all within like, a four hour period, so I still got to do quite a bit.”

When Burch first met the producer and director of her special, Corey Craig, she told him that she had some bits on dating culture and wanted his feedback to see if she had enough for a special. She recalled Craig’s initial reaction who said she had some funny stuff, but “couldn’t take hearing one more girl complain about dating in Los Angeles.”

Burch asked him if he might be interested in hearing another story instead. She planned to try it on an audience later that week,  something she initially “thought nobody would want to hear.” Burch began the story with only minutes left on stage, saying, “I ran the light and I was going to stop and the producer of the show is like, ‘Keep going, keep going!’ Because everybody was on the edge of their seats. Like, ‘Wait, what happened? What’s the story?'”

Burch stepped off stage to a mass of texts from Craig, who had been in the audience, telling her that this story was her special. Leading up to this particular date in real life, Burch said there had been a lot of heartbreak and searching for her Prince Charming, trying to fill a void and not really knowing who she was. Her director suggested it be called Never Been Kissed because it was on-brand with the topic of her special and Michael Vartan, the love interest in the 1999 movie, agreed to be part of it.

When asked what she hopes fans will walk away feeling after watching the special, Burch spoke about learning to let go of expecting life to go a certain way, something she was stuck on at the time the date that inspired her special took place. She is a firm believer that everything happens for a reason.

“I thought I was down and out on my luck when it came to dating, and I should be married by now, like cousins and everybody in Kansas City gets married in their 20s and are having kids by the time they’re 30. And here I am, I think at the time I was 35. And I was like, it’s just not happening for me. And so I like threw up my hands and then God or universe, whatever you want to say, brought this guy into my orbit, and I was like, ‘Oh, he’s going to solve all my problems!’ And you can’t think like that either because this is not how it works. If it weren’t for [this] experience, I wouldn’t have made a great friend in Mike Vartan, I wouldn’t have a comedy special, I wouldn’t have really figured out where my career was going until this really, really bad date.”

Burch is thankful to be back in her hometown for the premiere next week, having come full circle in a sense. “There’s no town like it. I come back here four times a year. I have a daughter now, so I’ll probably be coming back more. I mean, I’ve been here for four months now, so I clearly love the place.”

It is her Midwest roots that have kept Burch grounded and inspired through the pandemic. Growing up in the Midwest also instilled in her a work ethic she feels is unmatched in California. “I didn’t go out to LA till I was 27, which is really late. I think knowing that, I wanted to hit the ground running and I did. I credit totally my upbringing here in Kansas City for that.”

The endless support being home has offered is something Burch missed when she was in LA. “People have made flyers that I’ve met once, and they’re like, ‘Here, can we hand these out? These are flyers we made for your comedy special.’ I’m like, ‘What?’ The number of people that are just like talking about it at churches, they’re talking about it at church! I’m like, ‘You guys need to watch it first.'”

As much as Burch loves being back, she advises those that want to get into the comedy industry to find what it is you like and not be afraid to go wherever it is you can best grow within your focus.