The class of '23 includes Get Smart!, Jerrod Niemann, and more 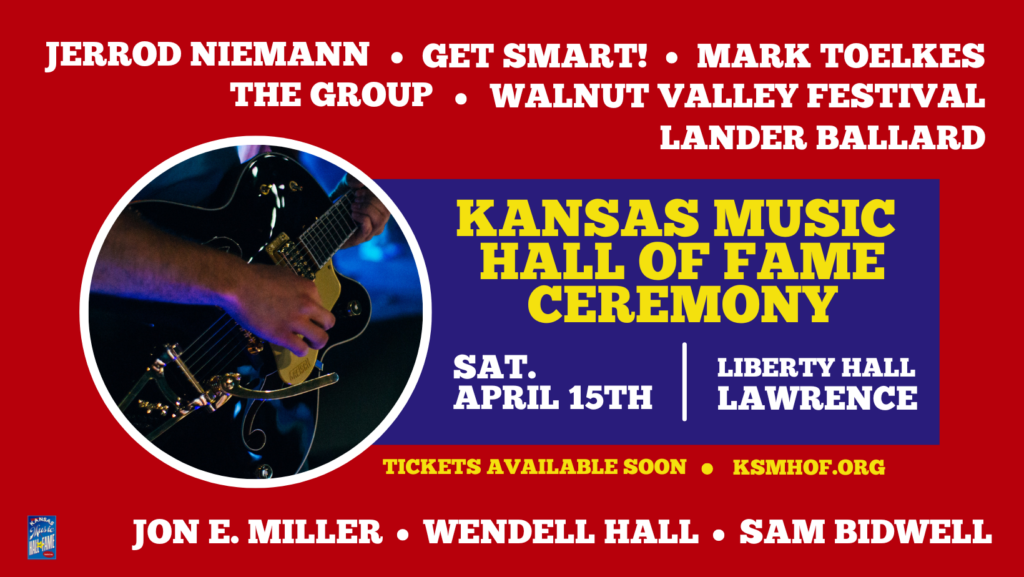 The Walnut Valley Festival will receive the Ad Astra Award, coming on the heels of the Winfield acoustic music fest’s 50th anniversary. Wendell Hall, St. George native and host of The Majestic Theater of the Air, receives the Bob Hapgood Award, “given to a deserving venue owner, radio deejay, booking agent, music store owner, music teacher, important musician or musical act from a less populated area of the state that might not otherwise be recognized by the voting membership at large.”

Country musician Jerrod Niemann is this year’s recipient of the Bill Lee Award, which “recognizes potential inductees currently active and deemed worthy by the KSMHoF board for early induction, especially those with a significant national/international profile.”

After a three-year COVID hiatus, the induction ceremony returns to Liberty Hall on Saturday, April 15, with a live ceremony, although a televised version of the ceremony will air in early July for those who can’t make it out. The Hall usually attempts to get inductees to perform at the ceremony, making it a unique opportunity for never-again live sets from some legendary acts who’ve not performed together in ages.