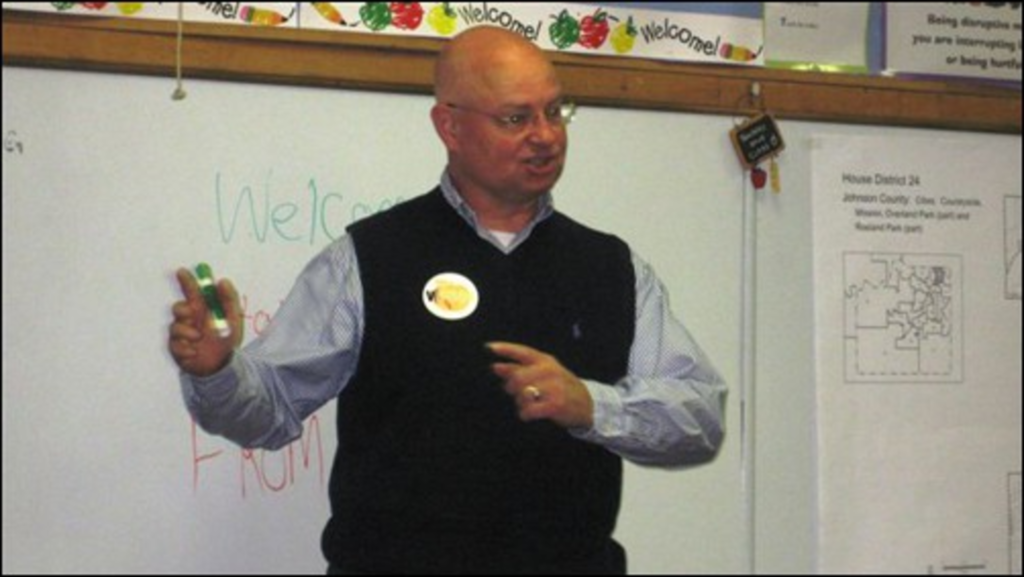 Ronnie Metsker is too “liberal” for Kansas Liberty.

Kansas Liberty has given us another dose of “fair and factual” news.

Metsker beat Arlene Krings, endorsed by the Kansas Republican Assembly and Kansans for Life, for the chairmanship.

The story works the anti-abortion beat by quoting Mary Kay Culp of Kansans for Life. The story also quotes Metsker, who points out that he was endorsed by Kansans for Life when he ran for the Kansas Legislature.

“Although Metsker may have been endorsed at one time by the conservative group during his time as a state representative, Metsker has voted against conservative interests several times, including three votes against the expanded Holcomb power plant and against an immigration reform bill supported by conservative leaders,” Smith writes.

“The three are known for backing liberal causes and candidates and for their sometimes extremist tactics,” Smith writes. She cites an attack ad against Phill Kline and Jim Ryun.

Kansas Liberty touts itself as a news outlet willing to chase sources “that the mainstream media either won’t touch or doesn’t have access to.” The source this time: convicted abortion-clinic-bombing conspirator Cheryl Sullenger.

Kansas Liberty refers to Sullenger as the “spokesperson for the pro-life group Operation Rescue.”

“They are trying to kill a fly with a sledgehammer and they are missing,” Sullenger tells Kansas Liberty. “They were accusing him of being a liar and of trying to hide things but Phill Kline has done an amazingly good job and has not been falling for their tricks.”

Sullenger adds that Tiller’s attorney, Dan Monnat, was “just wasting the court’s time” and his “questioning was just so tedious.”

“Tiller’s ‘I’m above the law’ attitude was on full display today — and not just on his jacket.”

All pretty fair and balanced, as transparent mouthpieces for one agenda go.