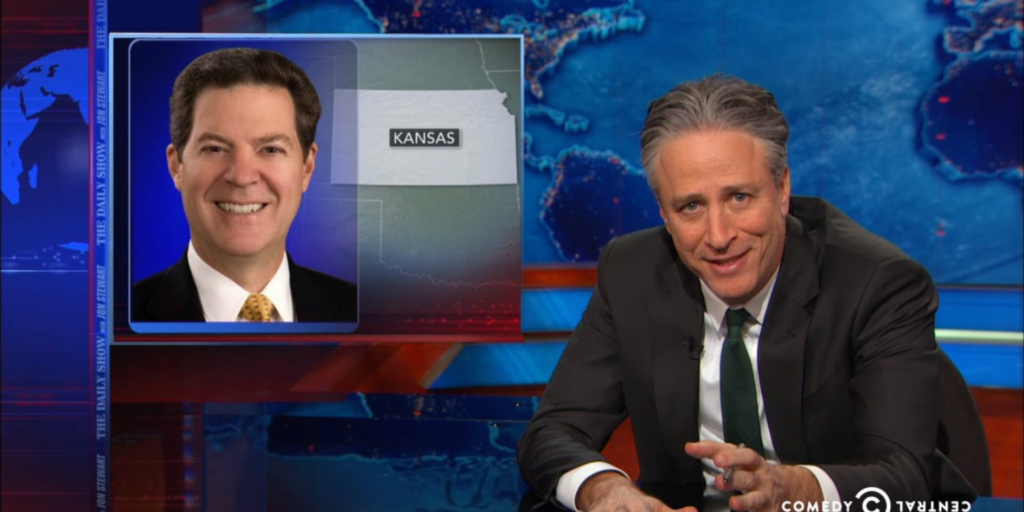 Kansas’ recent passage of a reckless gun bill and a weird welfare-restriction bill (no cruise ships for the poor!) earned the state eight minutes of ridicule before a national audience on The Daily Show last night.

Among other things, host Jon Stewart pointed out the absurdity of recent statements by Rep. Travis Couture-Lovelady (who believes that eliminating gun training somehow makes gun training better) and Gov. Sam Brownback, who says he signed the gun bill because “Kansas gun owners have shown that they’re responsible.”

Kansas Rep. Stephanie Clayton (R-Overland Park) noted the dubious distinction on Twitter this morning: “I see that the #ksleg made @TheDailyShow. Again. When we set our state up for ridicule, it hurts us economically, and that’s not funny.”