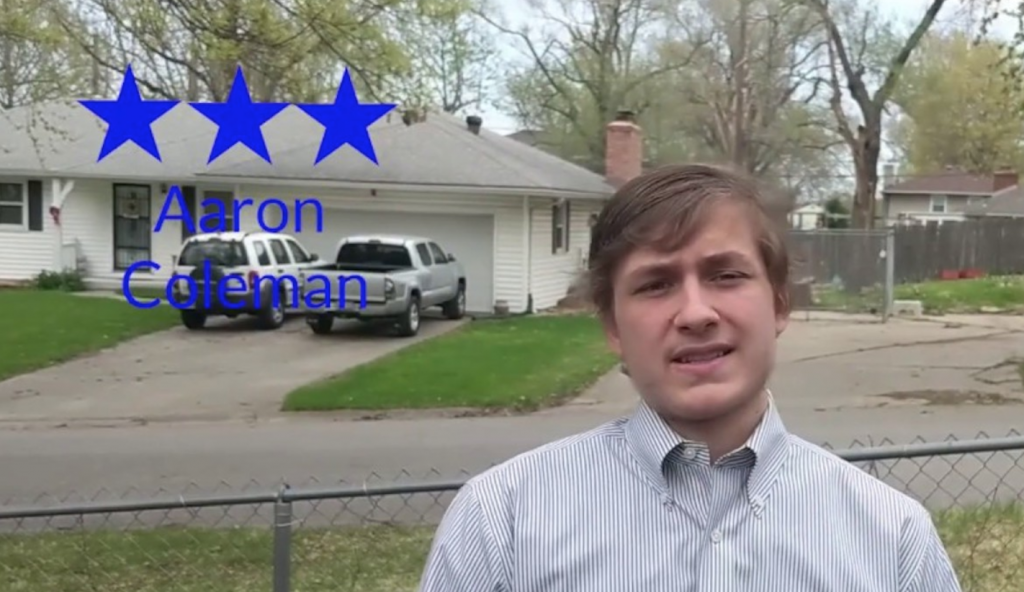 Coleman defeated seven-year Democratic incumbent candidate Stan Frownfelter by just 14 votes this month in the primary election. Two days ago, he announced his intent to drop out of November’s election.

However, today on his Twitter, Coleman announced that he would be reversing this decision and remaining in the race. While he faces no opponent, incumbent Frownfelter and Republican Kristina Smith will run as write-in candidates against him.

He is no longer being supported by the DNC-supported organization ActBlue, nor establishment Democrats who see him as a black spot in a contentious year.

Coleman addressed claims that he distributed nude photos of a young girl when he was 14, as well as bullying another girl to the point that she attempted suicide. He apologized and acknowledged the truth of these claims, saying that he has grown and learned from these experiences.

The young woman whose photos were distributed told The Star that “He got one of my nudes and blackmailed me with it and told me if I didn’t send him more he would (send) it to all of my friends and family. And when I didn’t send him more, he sent it to everyone I knew. I don’t know how he got the picture. All I know is he’s an awful person and he should not be allowed to run for anything.”

As he continues to promote his candidacy on Twitter, more young women have come forward about facing abuse from him as recently as January.

The actions and subsequent reactions of Coleman as he navigates his campaign show that while he has claimed to grow from his actions at 14, he is still not a viable candidate or redemptive person at 19.

The situation sparked a national debate last week about when and how we forgive and offer second chances to men who have committed grave offenses. The discourse online was divided between those who claimed we shouldn’t destroy a person’s life over mistakes they made at the age of 14, and those who point to the fact that Coleman is only five years removed from said events.

He does not seem interested in taking the time to mature as a young man in politics or dedicating himself to making up his behavior to the women he has abused. While his policy stances may be progressive, he is clearly shaped by the toxic privileges white men have across the political spectrum.

While the term “cancel culture” has become a major talking point in politics throughout 2020, situations like this one where men feel emboldened to hold onto power despite committing heinous crimes against women tell the truth of its validity as a career inhibitor.

We’ll continue to report on this situation as it inevitably spirals further into madness the closer we get to November.