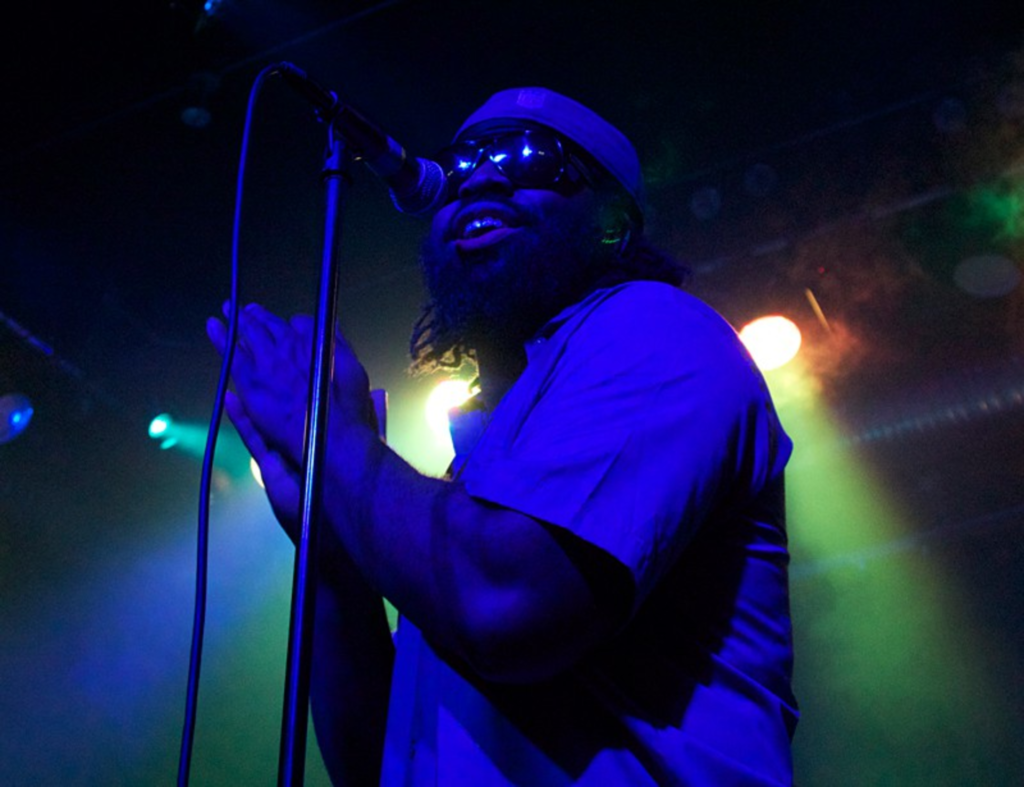 Don’t let this show’s name fool you: the Crossroads’ Spring Dance has nothing in common with the hormone-addled formal you attended in high school. This jam features three of Kansas City’s best-known dance bands. Hearts of Darkness brings progressive Afrobeat tunes, Making Movies supplies foot-tapping Latin rock, and the Good Foot serenades the crowd with soul-swinging classics. In short, groove-inducing music played at an outdoor venue that serves booze. Sounds better than the cover band that played your prom and the spiked punch you ingested at the after-party, doesn’t it?

The Pitch: Is Hearts of Darkness pumped for the show?

Rachel Christia: So frickin’ pumped. I can’t believe we get to play a stage where the last show I saw was the legend himself, George Clinton! I’m also excited about having all the extra space to booty shake!

Brandy Gordon: “Mr. Sinister.” I want to hear Rex Hobart do a version of that.

Alex Smith: People who stand right up at the front of the stage are a special kind of people. There have been a few times when some people’s front-row dancing is actually scary, and we actually need to look away to keep from getting freaked out. There was an M&S-looking goth couple one time who danced painfully slow and bizarrely intense one time, and I couldn’t watch.

The Pitch: What’s the Good Foot looking forward to?

Julia Haile: It really just hit me how big the show is a couple weeks ago. It’s a grand stage, and we’re always so scrunched together. We’re looking forward to having some space and really being able to work the crowd.

Every time we play Jackson 5’s “I Want You Back,” people lose their minds.

Do you respect and acknowledge an individual’s right not to dance?

There’s one lady who is probably 4-feet-11, and she does not pay attention to anyone. She’s shaking her head and closing her eyes, and I’m like, yes — I don’t know where that lady came from, but thank God she’s here. Also, a couple weeks ago, we were playing at the Levee. It was towards the end of the night, so people had a couple drinks in them. These three bro-looking guys took off their shirts and were dancing in a circle in the middle of the bar.

The Pitch: How do you get people up and dancing?

Enrique Chi: I think there is a universal quality to Afro-Cuban rhythms. It doesn’t matter what race or ethnicity you are — if you hear those rhythms, you just have to move. I have this theory that maybe it’s because Afro rhythms stem from the dawn of humanity, like they descended directly from Mesopotamia. In other words, I feel like it’s programmed into human DNA to move to those rhythms. All we do is play them under my indie-rock songs, and voilà, people move. One of my friends says it’s cheating, ha.

We have a song called “La Marcha,” which never fails to get people moving.

We have a super-fan that’s at all of our shows. He is a bit older than our average demographic, but boy, he dances like none other! He’s kind of my hero, but I can’t watch him too much while we play or else I’ll chuckle and mess up.