Kansas City Zoo polar bears are getting it on the reg 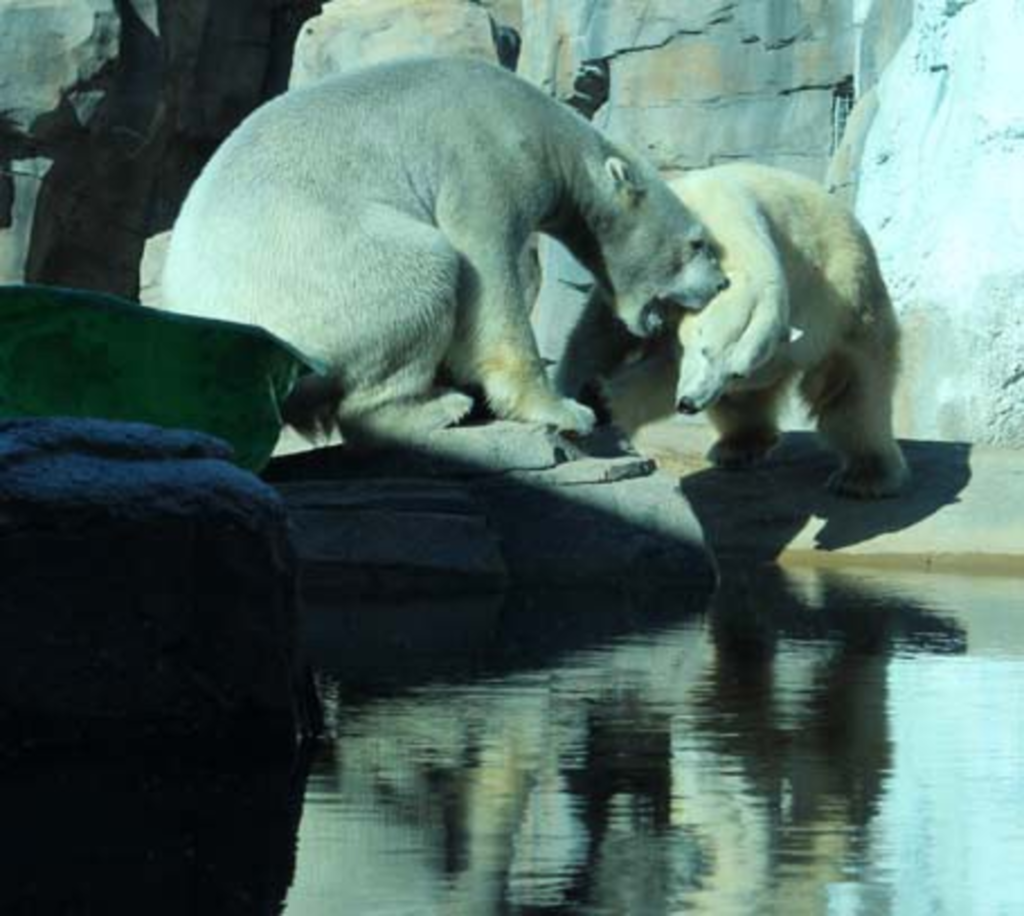 The Kansas City Zoo might have a new addition toward the end of the year. Zookeepers said on Wednesday that its polar bears, Nikita and Berlin, have been getting frisky with each other lately. The zoo won’t know until fall if Berlin has a bun in the oven.

There’s a kind of a Mrs. Robinson vibe to the story. Berlin is 23, and Nikita is 6. Despite her advanced age, Berlin has never had a cub, and Nikita has never “paired,” to use the zookeeper parlance. Berlin moved to the Kansas City Zoo from the Lake Superior Zoo in Duluth, Minnesota, in December.