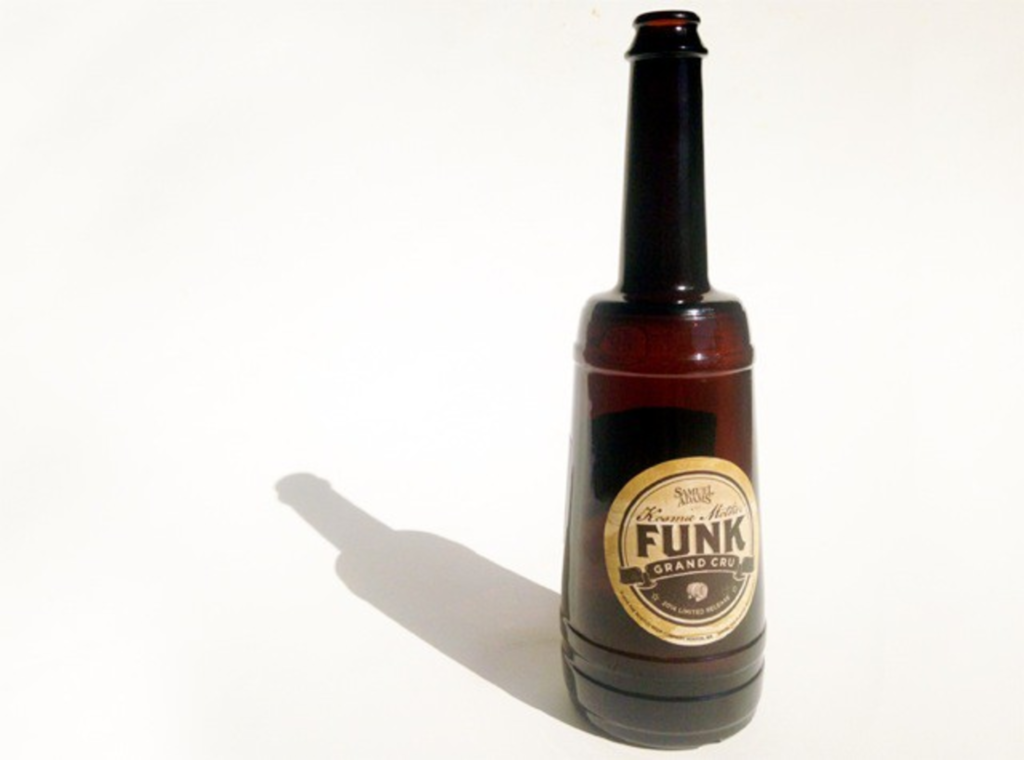 Kansas City is the 12th and final stop on Samuel Adams’ Kosmic Mother Funk Grand Cru tour. KC won a drinkers’ vote to take the last spot in the tour, so plan on trying some KMF at a few yet-to-be-named bars around town at the end of November and early December.

What is KMF? It’s a Belgian ale, aged in gigantic Hungarian oak tuns for two years in the Boston brewery’s Barrel Room and fermented with multiple micro-organisms (Brettanomyces, Lactobacillus “other wild critters found in the environment of our 150-year old brewery”).

KMF is a limited release, only available on tap. The tour started September 8 in, where else, Boston. KC will get the brew after a West Coast swing through San Francisco, San Diego and Seattle.

Samuel Adams describes KMF as “tart, funky, and complex with notes of dark fruits, cherry, cocoa & vanilla. To bring together these flavors we’ve added a small amount of Belgian candi sugar to add a bit of smoothness and hint of sweetness to this vintage.”

My sample glass (provided by Samuel Adams) poured a dark brownish red. There’s definitely a fruity, chocolate-y aroma, and it’s not overpowering at 6.4 percent ABV and 9.4 IBUs. I enjoyed sipping this sour, and it’s something I’d get again as long as it’s not 10 a.m. on a Monday.

We’ll let you know where you can drink it when we find out.