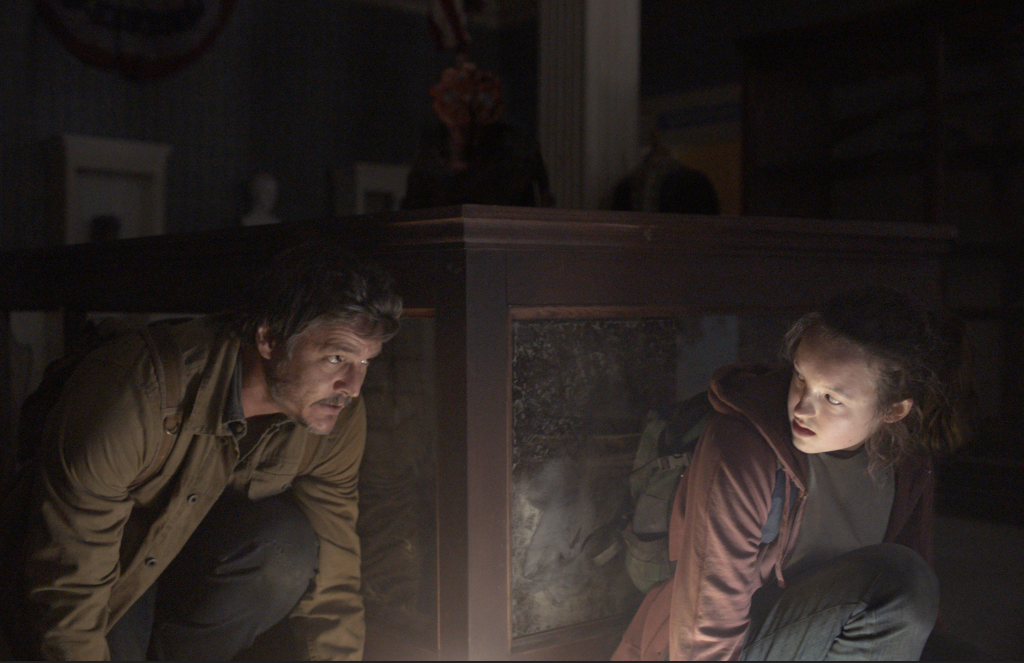 Pedro Pascal and Bella Ramsey in the first image from The Last of Us. // Courtesy HBO

An engrossing story of survival, hardship, and zombies, HBO’s The Last of Us has begun filming in Kansas City, Missouri. Based on gaming studio Naughty Dog’s video game of the same name, the 10-episode series is slated to include some settings not featured in the game—such as KC.

In a gritty post-apocalyptic world, Joel Miller (Pedro Pascal) escorts a zombie-immune teenager, Ellie (Bella Ramsey), in an attempt to find a cure for humanity. The video game features a wide variety of American cities from Boston to Salt Lake City in total collapse. So far, the TV series has only been filmed in Kansas City and Alberta, Canada.

Kansas City is the backdrop for the tv series “The Last of Us.” Thank you to KC Film Office and Missouri Motion Media Association – they will be connecting the world w/many KC’s iconic buildings. Looking forward to seeing Kansas City on screen! pic.twitter.com/O8AvchK92q

Fans have pointed out that in the video game, the player experiences massive time jumps in order to convey the harrowing reality of surviving zombies, humans, and the elements. These time jumps could likely be where the TV series takes place chronologically, allowing audiences to understand the characters more as well as what’s at stake with their relationship and the world.

Writer and director of the series and designer of the original video game, Neil Druckmann, has hinted at some changes in Joel and Ellie’s story within the new development. Whether this suggests that Kansas City will be an integral location or just a pit stop in their journey is yet to be seen.