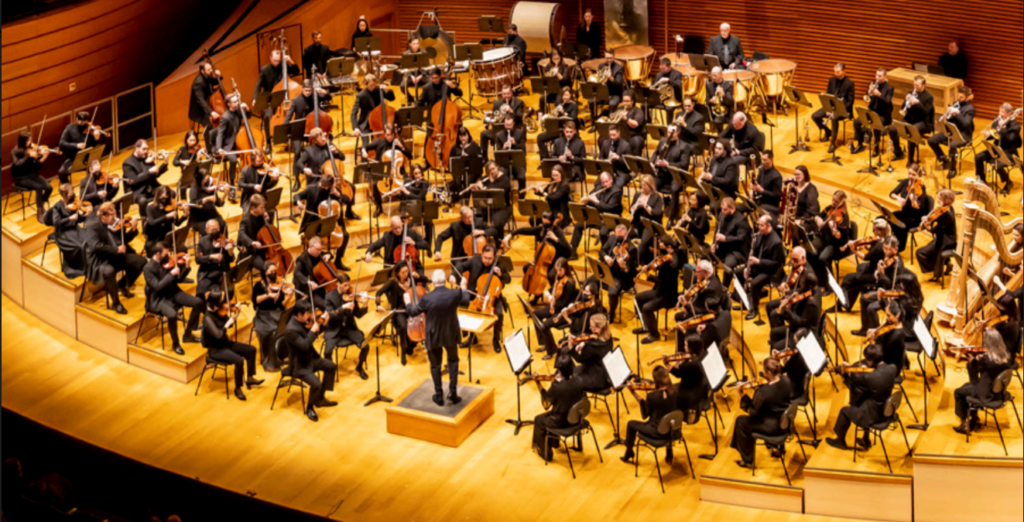 This season at the KC Symphony, expect three lineups of curated programming: the Classical Series, the Pops Series, and the Family Series—kicking off with a Wagner concerto this weekend.

The Classical Series includes performances from musicians such as Joshua Bell, Joyce DiDonato, Pamela Frank, Yefim Bronfman, Joyce Yang, and more. Yo-Yo Ma will also be performing a set honoring Stern at the KC Symphony in June 2024. Patrons can choose from 14 classical concert weekends over the course of the season. A variety of accomplished guest conductors from around the globe will also be brought in for the Classical Series throughout the season.

The Pops Series has expanded at the Symphony this year. Expect Tony Award-winning soprano Audra McDonald in September, followed by performances of music from the James Bond movies, a show featuring the Cirque Broadway acrobats, tributes to the music of Phil Collins/Genesis and Led Zeppelin, and a show honoring the music of legendary composer John Williams called the “Sci-Fi Spectacular.”

Finally, have fun with the whole family at the Family Series. Shows include the Heroes and Villains Halloween concert and costume party, the annual Christmas Festival, film showings of Legend of the Northern Lights, The Nightmare Before Christmas, Goonies, and Harry Potter and the Deathly Hallows featuring live orchestra accompaniment, and the return of the program Around the World in 80 Days.

This season marks the last for Music Director Michael Stern with the KC Symphony, who served as conductor for 19 years. Thankfully, Stern’s farewell lineup has a killer set of distinct shows that cross genres and bring in big-name guests—going out with a bang.

For a complete listing of this season’s upcoming programs, view the KC Symphony’s online calendar.

Season passes to the KC Symphony can be reserved or renewed until March 15, 2023. Tickets to individual events can be purchased as well. Purchase tickets online, in person at 1644 Wyandotte Street, or via phone at (816) 471-0400.