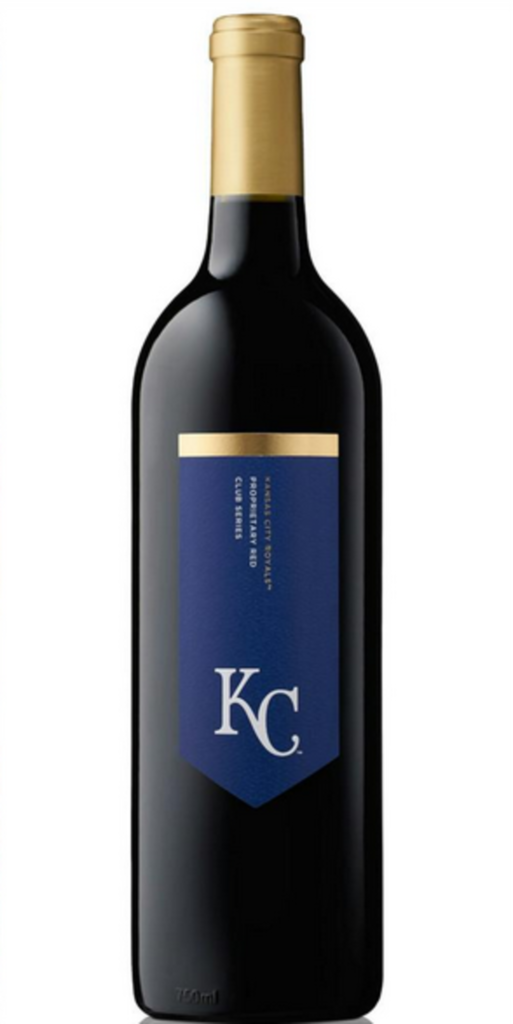 “Wine and baseball” doesn’t quite have the same ring to it as “beer and baseball,” but a California company — Wine by Design — hopes to change that. Earlier this month, it started stocking a California blend, called simply Kansas City Royals Proprietary Red, in local liquor stores.

Tom Dickson, a representative with Missouri distributor Classique Wines, dropped a bottle off at The Pitch for us me to sample.

“The way it works is that Wine by Design has the national licensing rights to wine for the NFL and Major League Baseball,” Dickson told me. “I don’t know how many markets they [Wine by Design] have wines in, but it’s not more than 10 or 12. Every year they add one or two, so they’re not doing a full rollout for every baseball team.”

Dickson added: “One of the winemakers that we represent — André Mack from Mouton Noir Wines — made the Oakland Raiders’ and the New York Jets’ wines. They wanted to make a Royals wine because of the success last year, and we agreed to distribute it, so here it is.”

The Royals Proprietary Red blends cabernet sauvignon, merlot and zinfandel from Plata Winery in Paso Robles, California. My sample bottle delivered big, bold notes of ripe blueberry, blackberry and plum. I found its body heavy, with a hint of spice at the finish. This red will go just as well with your loaded hot dog and peanuts as any beer – although you’re better off enjoying it with, say, some barbecue. (Or alone, without food. There’s no shame in that.)

You can find it at Cellar Rat, Lukas Liquor, and Mike’s Wines and Spirits, as well as at Hy-Vees and Gomer’s in Missouri. The price point range is roughly from $18 to $19. A few local restaurants may also carry the Royals Proprietary Red in limited quantities.

Today’s game against the Chicago White Sox starts at 3:10 p.m., following the Kansas City Symphony’s rendition of the national anthem at 3:03 p.m.