Kansas City officials had plenty of warning that the Cordish Co. would impose a discriminatory dress code 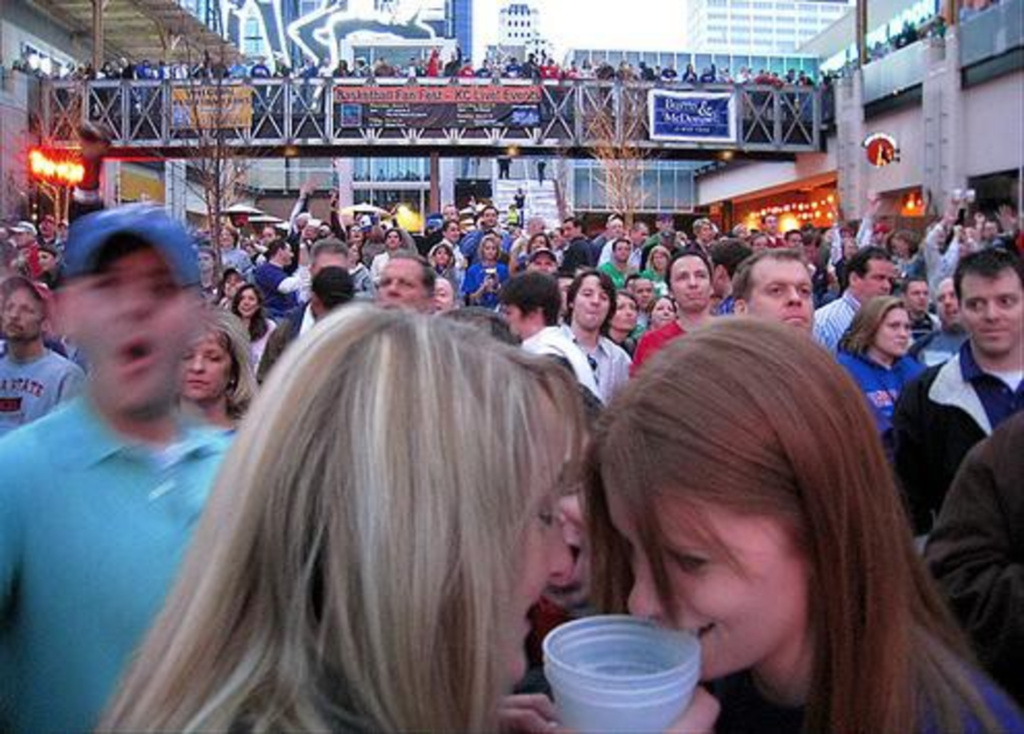 They had to know.

Cordish officials must have known that such a ban would lead to allegations of racial bias. The day of reckoning arrived on June 19.

Responding to complaints from constituents and family members, City Council reps summoned a Cordish official to City Hall to discuss the ban. Councilman John Sharp said the dress code seemed to target young African-American men and was not consistently enforced. Councilwoman Melba Curls said her son was turned away from the district last year. “The message I keep getting is that Cordish is only available to some,” Councilwoman Beth Gottstein said.

Kevin Battle, the Power & Light District’s director of operations, took the pounding on behalf of the Cordish family. At one point, he tried to step away from the podium, only to be asked to remain in place. “We have questions now,” Mayor Mark Funkhouser said.

Cordish officials had to know that the dress code would provoke outrage. It’s one thing to prohibit bandannas and sagging trousers and argue that you’re trying to “set a standard of attire,” as Cordish spokesman Jon Stephens put it. But work boots and white tees? Timberlands and a 40-inch-long, heavy-cotton undershirt? The only plausible reason for banning those items is to thin the population of young black males.

Gownlike white tees abound in the inner city. “White Tee,” a Dem Franchize Boyz song honoring the affordable and flexible piece of attire, reached No. 25 on the Billboard R&B singles chart in 2004. A character on The Wire, the HBO series about drugs and corruption in Baltimore, collected discarded white tees and resold them out of a shopping cart he pushed past dilapidated row houses.

The trend persists. One recent Saturday night, every young man at every bus stop on Prospect between 27th Street and Linwood was wearing a long white tee. Driving along East 39th Street the other afternoon, I saw two African-Americans in their early 20s wearing them. The image stuck with me not because the fellows looked shabby but on account of the way they crooked their arms at precisely the same angle in an effort to keep a hand on their drooping pants.

Cordish officials can’t possibly be sincere that the ban on white tees has no racial component. At the same time Stephens is talking about standards of attire, a poster promoting a Fourth of July event at Angels Rock Bar, a Power & Light District club partly owned by a Cordish subsidiary, features a woman with enormous breasts tugging suggestively on her bikini bottom.

They had to know it was coming.

After all, they’ve been down this road before.

Cordish came under fire in 2004, when Fourth Street Live, a similar development in downtown Louisville, Kentucky, placed a ban on sports jerseys and backward baseball caps. The ACLU and a black minister denounced the dress code as biased.

News of the protest went out on the the wires. Rick Alm, a Kansas City Star business writer, wrote about the Louisville controversy at the time it occurred. I’ve mentioned it in two columns.

It was fun to watch the City Council knock around poor Mr. Battle. Councilman Terry Riley, after saying he’d call everyone he knows in every city and tell them not to do business with Cordish, dropped the “That’s not a threat — it’s a promise” bomb. But it was also demoralizing to know that the issue could have been resolved long before the first white tee got blocked at the gate.

If city officials quizzed Cordish reps about Louisville in a public setting on a previous occasion, I missed it. I went back and watched an August 23, 2007, meeting in which the council discussed the Power & Light District development agreement. Council members asked about parking, condominium prices and minority businesses. Dress codes never came up.

But it might not have mattered. Because I suspect that, behind closed doors, Cordish officials are delighted with the recent controversy.

What looks like bad publicity on the surface might, in Cordish’s dark way of doing business, be an inexpensive means of letting white suburbanites know that the Power & Light District is sensitive to their fears. Not a fan of hip-hop style? Neither are we. So come on down and take a ride on our mechanical bull.

It’s dangerous to interpret letters to the editor as a barometer of public sentiment. For one thing, cranky people are more likely to put pen to paper. Still, it was interesting to read the letters supporting the ban in the Star last week. A few correspondents evoked Bannister Mall, which is perceived to have failed because it became too “urban.” Some of the letters came from Overland Park, Shawnee and Independence — a reminder that the metropolitan area is 80 percent white.

In addition to the experience in Louisville, which appears to have chastened company officials not a bit, Cordish is establishing a record of dishonesty that leads one to think the worst of its actions.

Examples? Company officials misstate the cost of the Power & Light District by half a billion dollars. They claim to have received commitments that the city would protect the uniqueness of the district’s “festival” liquor license, only to have city officials insist that no such promises were made.

I came across another lie watching the August 23, 2007, City Council meeting. Stephen Sparks, a lawyer the city hired to negotiate with Cordish, was explaining the ownership of the parking garages underneath the Power & Light District. Sparks said the city built the garages, which were to be free after 7 p.m., at Cordish’s request. “They did not want to have patrons come and pay for parking,” Sparks said.

Yet, four months later, Cordish announced that it wanted to collect $2 from each vehicle that pulled into the garages.

The garage caper and other incidents led me to believe that Cordish had a clumsy feel for public relations. The recent controversy suggests something more sinister.

At this point, Cordish’s only regret about the dress code may be that the ACLU hasn’t gotten involved.