Kansas City offers an increasing amount of resources for the transgender community. Here’s where to find them. 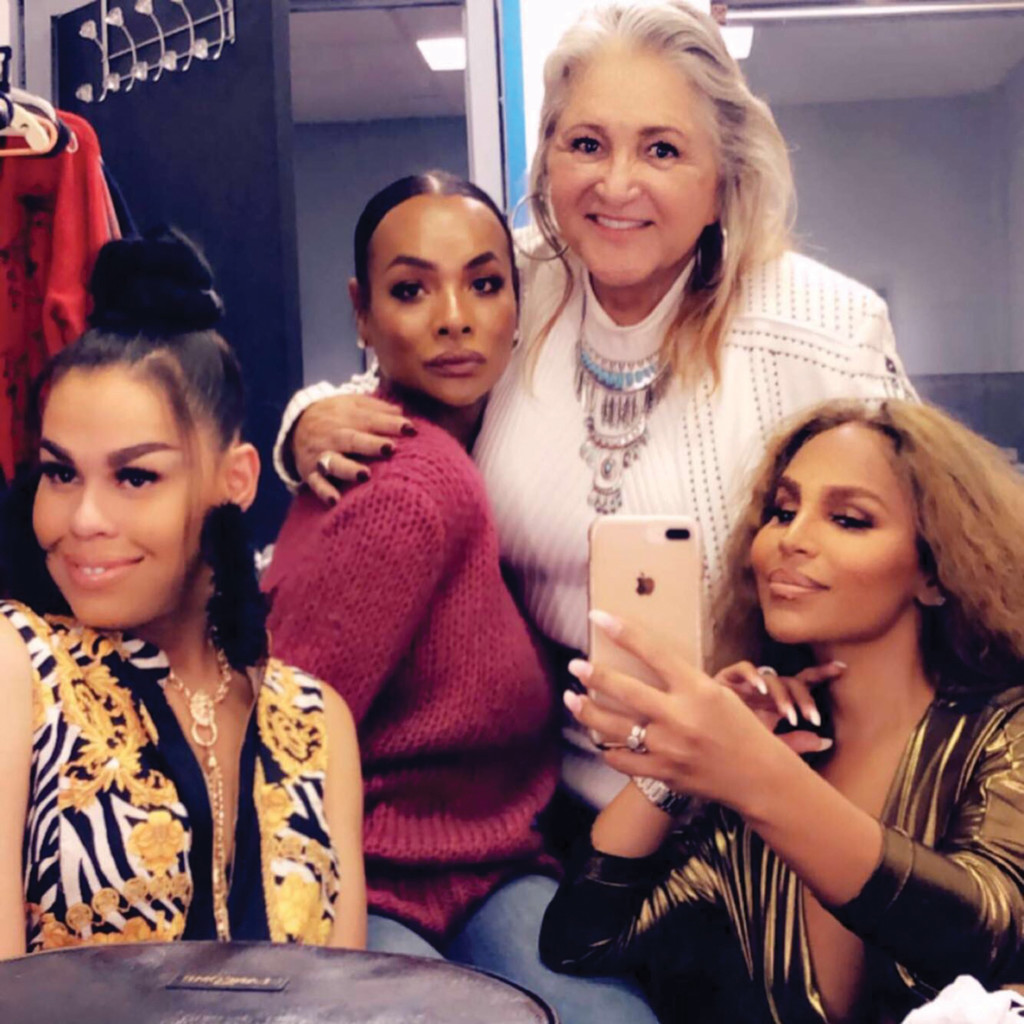 Behind the scenes at Transformations’ upcoming video series. // Photo by Jon Trozzolo.

It’s been a rough year for the transgender community in the Kansas City metro.

Brooklyn Lindsey, a transgender woman, was murdered in June. Her dead body was found on the front porch of a home near Independence Avenue and Spruce Avenue. Prior to her death, Lindsey had been seeking help from the Kansas City Anti-Violence Project, hoping to find housing. She had expressed fear for her life.

Ja’Leyah Jamar Berryman, a gender non-conforming man, was gunned down in Kansas City, Kansas, in September. The person of interest in his death is believed to have been in a relationship with Berryman. And in October, a 30-year-old transgender woman named Briana “BB” Hill was shot and killed near 43rd Street and Hardesty Avenue.

They’re not alone. At the time of this writing, at least 19 transgender people have been murdered in 2019, most of them transgender women of color. The American Medical Association recently declared the deaths an “epidemic.” Nearly half of the transgender community will experience sexual assault at one point in their lifetime. In communities of color, those numbers are even higher.

“It’s very unlikely that anybody can find a trans person who hasn’t experienced violence in some way—we’ve all experienced it,” says Robin Nazaraean, the organizer of the Kansas City Transgender Day of Remembrance, which will be held Wednesday, November 20 from 6-9 p.m. at Community Christian Church on the Country Club Plaza.

Each year, people gather at Transgender Day of Remembrance events around the world to remember the lives that have been lost in acts of anti-transgender and anti-gender-nonbinary violence. Nazaraean expects the list will include well over a hundred names of people that have died worldwide in the last year. But the event will also offer legal and healthcare (including mental health care) resources as well as voter registration. Nazaraean also says there will be educational elements aimed at helping allies learn how to be better supporters of the transgender community.

“We really want to change the messaging from being a day to just mourn the loss of our trans brothers and sisters to being a day where we also celebrate their lives, celebrate our lives, and engage people politically to combat transphobia and transmisogyny,” Nazaraean says. “I want people to walk away from this event knowing and feeling that there is a strong and thriving community of transgender people in Kansas City, and that we need to work hard to protect that community.”

November also happens to be Transgender Awareness Month. Below, a list of some of Kansas City’s transgender-centric organizations, plus a few new businesses serving the community.

KCAVP can also assist in documenting incidents of violence, but will only report it to the police if asked to do so by the victim.

CiCi Glasgow, KCAVP’s outreach and education manager, says that queer, trans, and indigenous people of color make up the largest percentage of individuals who seek services from the organization. Because of that, KCAVP has a dedicated program called UpLifT, which is focused on empowering transgender and gender-nonconforming people of color.

“We are moving away from more of an anti-violence lens to more of an anti-oppression lens simply because that’s going to address it at the source,” Glasgow says. “Violence is, of course, a product of oppression.”

To reach KCAVP’s Crisis Hotline or get more information about its services, call 816-348-3665.

Because roughly 90 percent of its clients are members of the transgender community, the Kansas City Center For Inclusion is one of the best places for transgender individuals to seek resources for day-to-day experiences such as finding the right health care providers. In 2018, the Center for Inclusion did over 40 outreach events, a number that executive director Samanth Ruggles says has already been surpassed this year. The organization has events on the calendar almost every night of the week.

“We help with everything from seeking therapy to seeking advice on name changes to [finding] lawyers that are affirming to health care,” says Ruggles. “We are probably the number one resource agency in town.”

The Kansas City Center for Inclusion is located at 3911 Main. For a full schedule of events, visit inclusivekc.org/schedule. For more information about the center, contact info@inclusivekc.org.

Free and open to everyone, the Equal Trans Support Group meets on the third Thursday of each month. The group is geared toward transgender men and women, those who are gender questioning, those who identify as gender non-binary or non-conforming, and even allies who want to learn more about supporting the transgender community.

“It’s the only open support group for, like, anybody,” says member Faith Matthews-Cousineau. “You don’t have to be a certain age, certain race, or part of a particular organization or school. Our focus is just having a trans-affirming human space.”

Each meeting lasts three hours, and people are free to come and go as they please. Equal is a peer support system, focusing on experience-sharing rather than being led by a trained professional. There’s snacks and drinks, followed by opportunities to speak and sometimes break-out sessions on various topics. 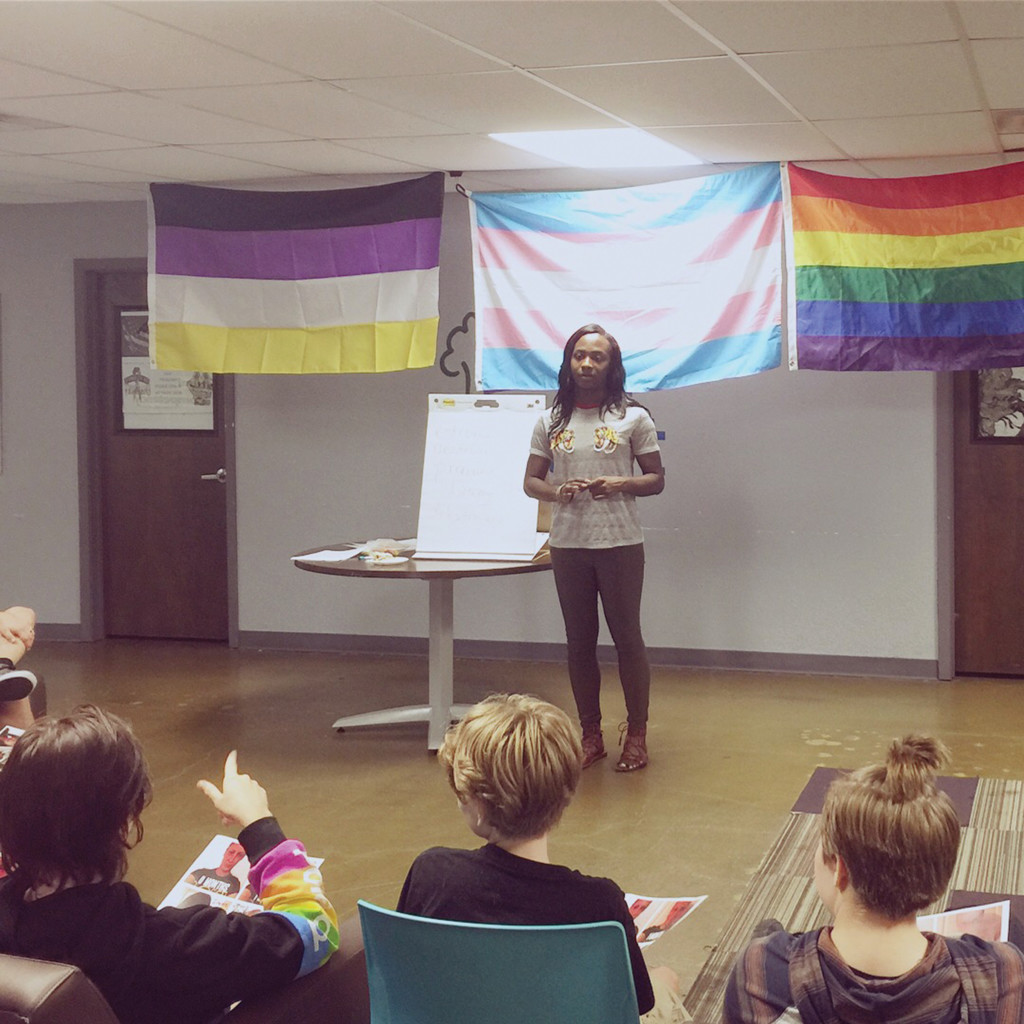 The only transgender youth social group (12-18 years old) in the city, Transformations meets on the first and third Tuesday of each month.

“Our team of advisors are all individual rockstars in the community,” says Merrique Jenson, Transformations co-founder and program director. “Every single person holds their own, and every single person there can lead a panel on this issue.”

Jenson says Transformations was intentionally geared toward transgender youth and leaders specifically because she recognized the need for trans youth to hear about experiences from adults who were like them.

Each meeting is anchored around peer and social support. It’s a space for young people to connect with one another and learn how to deal with the issues in the transgender community such as coming out, talking with family, navigating the holidays, top-bottom surgeries, and hormones. And there’s a different space for parents to connect with one another while the youth group meets. Transformations also just debuted a group specifically for transgender young girls; it meets on the third Wednesday of each month.

Transformations meets from 6-8 p.m. at The Bredin-Lee Gallery at 1729 McGee St, KCMO on the first and third Tuesday of each month. For more information about other programming visit transformationskc.org.

Noticing a lack of greeting cards available for the LGBTQ community, the mother-daughter duo Vicki and Haley Chaffin launched Gender Spectrum Greetings earlier this year. (A close family member is transgender.) The company creates prints and greeting cards for the LGBTQ  community and its allies, focusing on announcements, affirmations, chosen families, and educational messages.

“There are a lot of things that people have a hard time talking about with family members that aren’t supportive,” Vicki Chaffin says. “We just want to help facilitate those conversations.”

For example, one of the Chaffin’s cards reads “It’s never too late to learn new concepts and vocabulary!” and opens to the words, “You can do it!” A gender-neutral baby card simply reads “Hooray Baby!” Currently, the Chaffins are working on designing cards for the holidays and plan to expand in 2020 into cards related to gender confirmation surgery, name-change announcements, and weddings.

Cards from Gender Spectrum Greetings are $4 each and can be purchased through its website, at genderspectrumgreetings.com. Ten percent of profits are donated to the Transgender Children’s Legal Defense.

Gender Spectrum Greetings will have a booth at Strawberry Swing’s 9th Annual Holiday Swing at Union Station on November 30.

Kate Van Vleck and Jerrin Hawes first opened him.her.them. Hair Studio in 2017. Hawes is a trans man and Van Vleck is married to a trans man, and they both wanted to open a salon where anyone could walk in and feel confident about their style—as opposed to nervous about getting their hair cut due to their gender identity.

“Hair shouldn’t be gendered,” Van Vleck says. “I’ve had so many people who have had such negative experiences—humans that present as females going into a place wanting a shortcut but not necessarily wanting it to be ‘girly’ can be told, ‘Well, this is a barbershop, and you look like a woman, so we can’t cut your hair.’”

him.her.them. Hair offers cuts, coloring, styling, and facial waxing. The salon also hosts classes on a for-need basis that help trans and genderfluid people style their hair. They also connect clients with others who provide manicure and makeup services.

him.her.them Hair Studio is located at 7449 Broadway in KCMO. To learn more about events or schedule an appointment email him.her.them.hairstudio@gmail.com