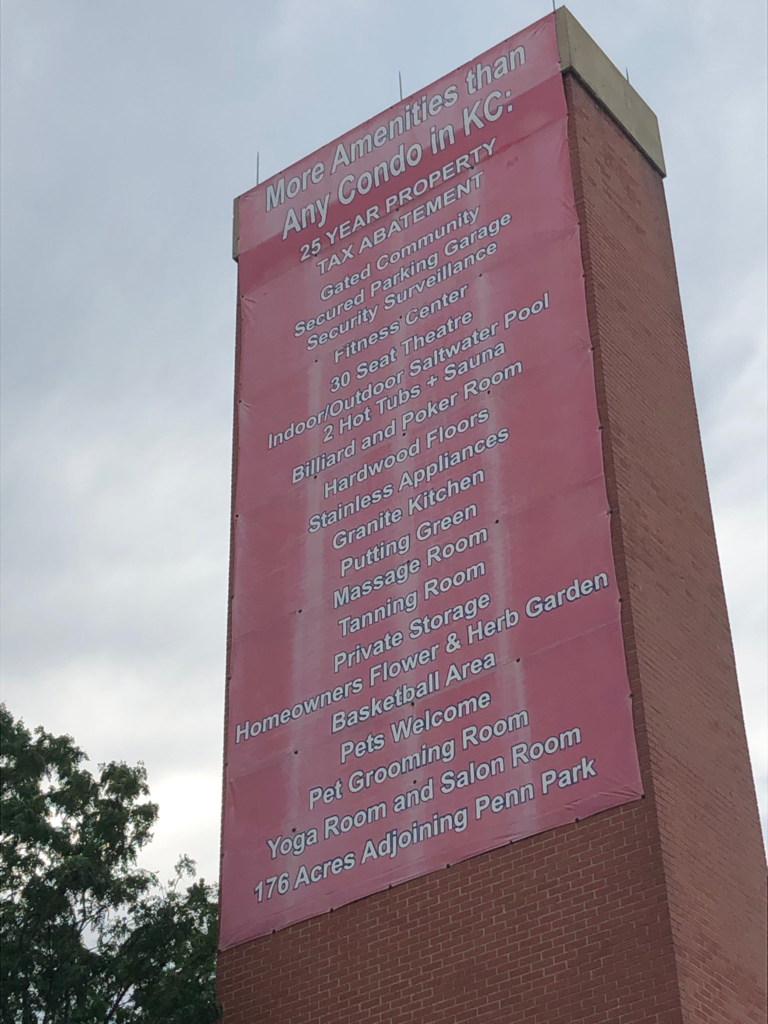 Kate Sweeten and her husband, Sam, were promised several luxury amenities when they bought their condo from Park Reserve Condominiums in midtown Kansas City: an indoor pool, a hot tub, a movie theater, and a game room, to name a few.

Four years later, the couple is still waiting on those amenities, and based on an email Park Reserve homeowners received last week, it’s looking like they may never arrive.

The Park Reserve condos consist of three buildings: Yosemite, Yellowstone, and Grand Teton. The south wing of Grand Teton is where the promised amenities were supposed to be located, but that section of the property has been in “under development” ever since the Sweetens moved in.

Last Friday, the developer, Park Reserve LLC — owned by Wayne Reeder, a local real estate developer The Pitch has been covering going back many years — announced it will cease construction operations to finish developing the space.

“Park Reserve LLC has elected to stop building this project after completion of the current phase,” the developer told residents, according to an email forwarded to The Pitch. 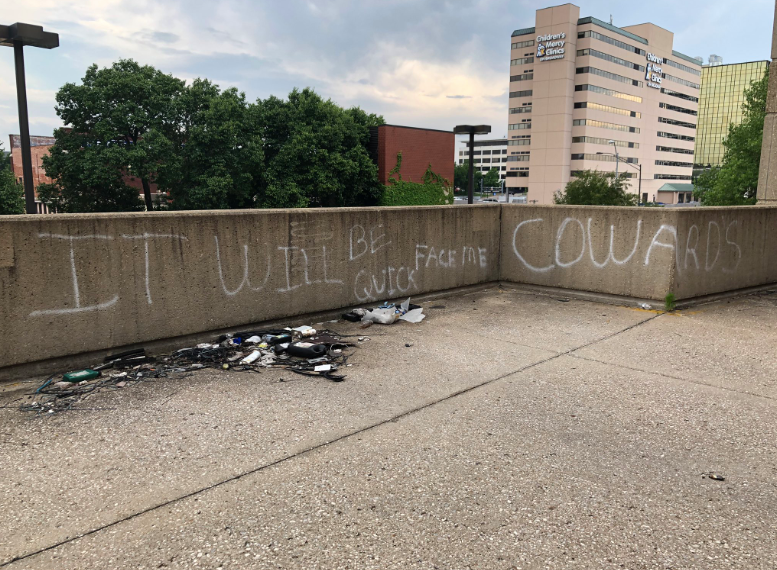 Based on photos of the undeveloped portion of the project Sweeten shared yesterday on Twitter, construction does not appear to be at a natural stopping point. Piles of construction materials, rubbish pulled from the site, and broken and missing windows abound. A look inside the building reveals fallen ceiling tiles and debris scattered on the floor.

“The blight on it, it just looks awful,” Sweeten says. “Even if it wasn’t a hundred steps away from my backdoor, and it was just in my neighborhood, I’d still be pretty pissed.”

Park Reserve’s website is still advertising its non-existent amenities, too: “Park Reserve is one of the very few condominium buildings in the city that offers a Movie Theater,” the marketing copy reads. That movie theater, of course, is the same one Sweeten and others have been waiting four years on.

Park Reserve cites loss of property value from a lawsuit filed by the condominiums’ homeowner’s association (HOA) as its reason for halting construction. According to Alex Malloy, the president of the Park Reserve HOA, that lawsuit was filed because Park Reserve LLC has not paid the dues it owes to the association for unsold units it still owns. In the email released to homeowners, Park Reserve says that its attorney made multiple attempts to set up a meeting to resolve grievances. Malloy acknowledges that those claims are true, but adds that Park Reserve canceled the initial meeting.

“Our original meeting that was set to take place was then delayed by them, and then we decided to take another route,” Malloy tells The Pitch. “It’s important to note that we have made multiple attempts in person and in writing, asking the developer for an offer for a settlement.”

Malloy says the HOA needs the money from the dues — approximately $3,600 a year per unit — to make repairs to the inhabited portions of the condominiums that the association has been responsible for maintaining since taking control from Park Reserve in August 2018. Malloy says there are a number of issues in each building stemming from errors in development, such as leaking pipes and broken elevators that need fixing.

The halted construction isn’t the first time homeowners have run into problems at Park Reserve Condominiums.

Back in March, the approximately 75 condo residents were nearly forced to evacuate the complex. The three buildings failed fire inspection when it was discovered the alarm and sprinkler system was broken. The system wasn’t back online until an hour and 15 minutes before the deadline given by the fire marshall.

After the incident, Reeder blamed the issues in the buildings on vandalism, and told KMBC that “homeowners may be the people responsible for the sabotage of our project.”

Sweeten’s perspective is that the HOA is trying to fix issues passed down from Reeder. But other residents have voiced concerns about the dynamic between the HOA and Reeder.

One homeowner, who requested to remain anonymous, says she feels like things have gone downhill in the year since the HOA took over maintaining the developed portions of the property. She says this is the first time in the 10 years she has owned a Park Reserve condo that the outdoor pool has been closed. She also says she believes there are personal conflicts between Malloy and Reeder. “The rest of the residents have had to suffer as a result of those conflicts,” she says.

Michael Kowal, who’s been at the Park Reserve for two years, echoed that point. He says his view is that the HOA and Park Reserve need to figure out how to work together to get things fixed.

“I think it’s childish between the two,” Kowal says. “What’s really frustrating as a homeowner [is], we don’t know what the next step is.”