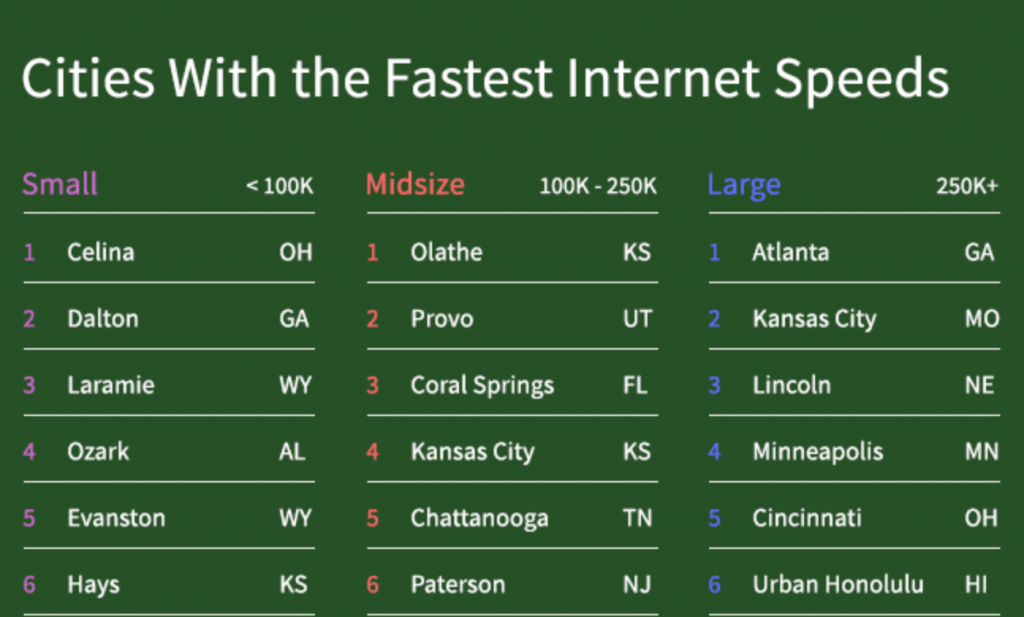 When Wiz Khalifa, Ty Dolla $ign, Lil Yachty, and Sueco the Child teamed up to perform “Speed Me Up” for Sonic the Hedgehog, this is exactly what they had in mind.

Kansas City and its metropolitan areas are represented on a study published Tuesday, showing the cities with the slowest and fastest internet connections. It used data from the FCC on broadband internet speeds to identify the cities that are going fast or slowing down with its internet.

Kansas City ranked second on the large cities list, only behind Atlanta. 99.2 percent of the population have access to 100 and 250 mbps, while 97.3 percent have access to 1 gbps of internet speeds.

Olathe ranked first in midsize cities with the fastest internet connections with 99.3 percent of residents having access to gigabit internet. It makes sense given the city hosts multiple commercial and industrial employers such as Garmin, Farmers Insurance, Covergys, and Honeywell. Kansas City, KS. ranked fourth and Overland Park clocked in at 10 on the midsize city list.