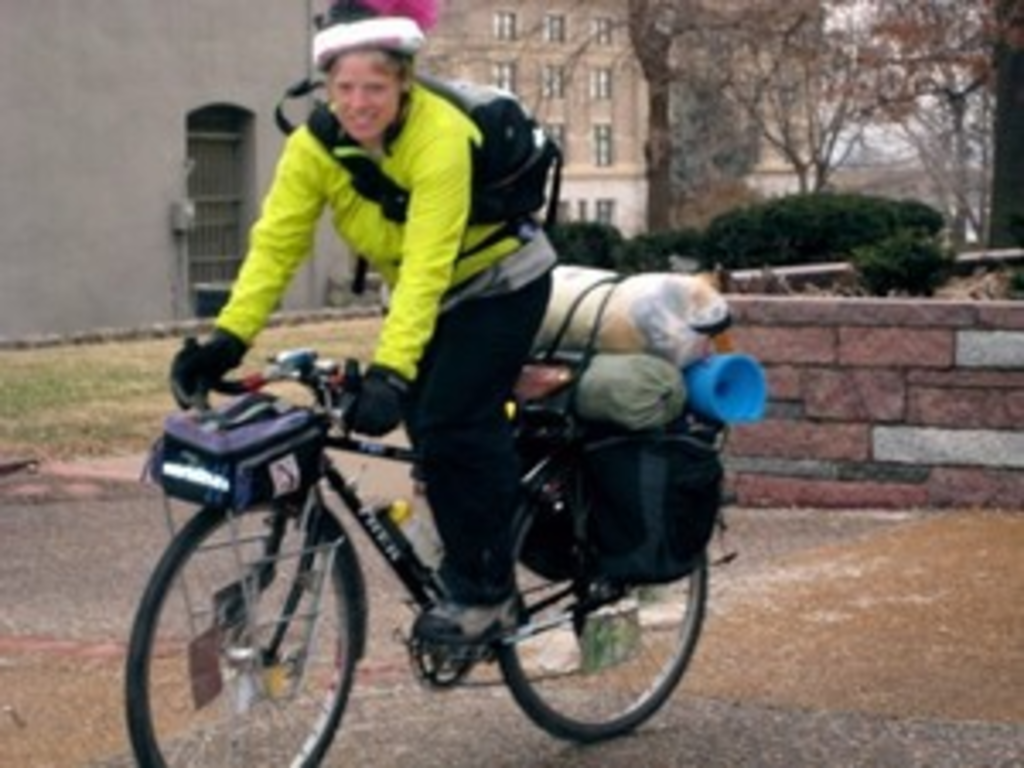 ​It was fitting that Corinna West loaded her bicycle with camping gear and started her frigid 162-mile journey to from Kansas City to Missouri’s capital on the first day of the winter Olympics.

After all, she’s an Olympian herself — and cycling helped her get to the Games.

While training at the U.S. Olympic Center in Colorado Springs as part of the American judo team in the 1990s, West commuted everywhere on two wheels. That cross-training, she says, gave her a leg up on her competition. She dreamed of a gold medal at the 1996 summer games in Atlanta; she was crushed when she placed 15th in the world.

Then, a few years later, in graduate school at the University of Missouri-Kansas City, West was diagnosed with schizophrenia, a brain disorder that often includes auditory hallucinations and difficulty discerning what’s real and imagined. “There came a place where I thought I couldn’t have a career as scientist and I couldn’t have a successful family,” she says. “I gave up on my dreams and, being a really ambitious person, it was such a discouraging state that I was really sick for a long time.”

Connecting with other cyclists and becoming an advocate for alternative transportation acted as stepping stones back to a healthy lifestyle. But on Saturday morning, she and her partner, Brian Gallmeyer, took a leap that some might call crazy: They started a three-day ride that ends today at the state capitol in Jefferson City.