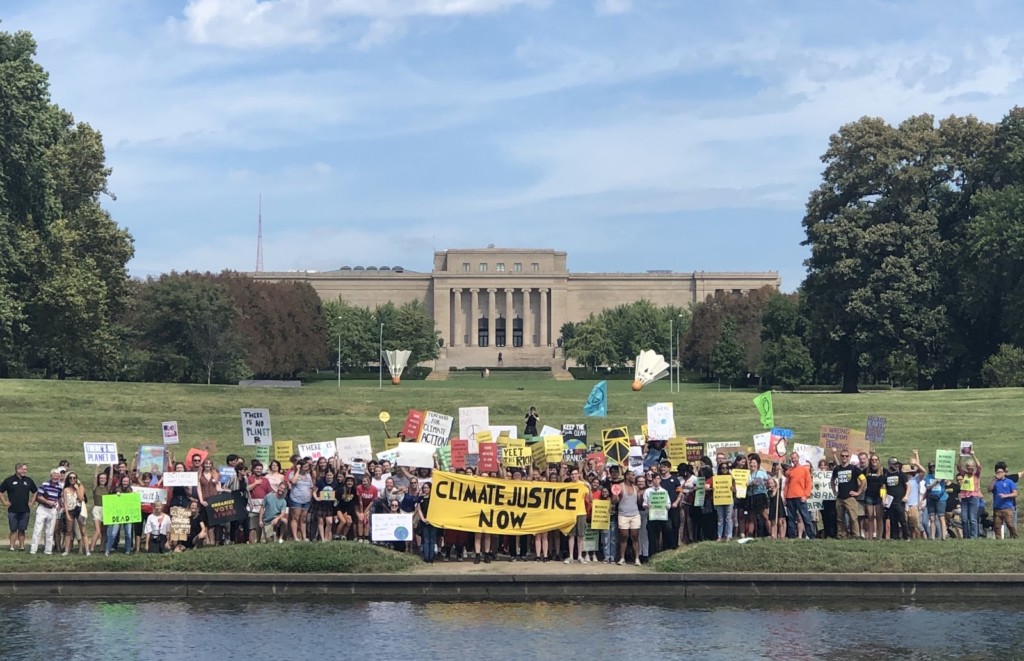 After hundreds of people gathered at Kansas City’s Mill Creek Park in September to rally for the global climate strike, the fight moves to the steps of KCMO City Hall this Friday.

On December 6, protesters led by the Sunrise Movement will demand that the Kansas City Council and Mayor Quinton Lucas support and pass a Green New Deal resolution for the city.

“We want politicians to take immediate and urgent action to mitigate the climate crisis,” says Queen Wilkes, a Sunrise Movement member. “While some of our local officials have been pretty adamant for the support, some are still obviously unaware of what’s going on and how severe it is. And so now we’re being a bit more targeted.”

Following the global climate strike in September, both Lucas and 4th District Councilman Eric Bunch signed a pledge to support a Green New Deal targeting climate issues in Kansas City. But a resolution has yet to be introduced to the council.

Historically, the city has outlined plans to address environmental issues, but those plans often get overshadowed by issues viewed as more pressing, such as crime and affordable housing. Wilkes says that’s the wrong way to look at it.

In Kansas City, protesters will be calling for the city-based Green New Deal to declare a climate emergency, achieve net-zero greenhouse gas emissions by 2030, create good-paying union jobs in the metro to power the transition, protect low-income communities and communities of color from environmental destruction, and initiate an inclusive decision-making process for planning and implementing climate action policies.

The Sunrise Movement is simultaneously advocating for a Green New Deal on national and state levels, too, but it’s targeting local level resolutions because those can be geared toward the specific needs of different areas across the United States.

“Only the people in Kansas City know what Kansas City needs,” says Michael Wolfe, who’s the Kansas policy lead and press coordinator for the Sunrise Movement. “We don’t have wildfires, but we do have tornados and flooding.”

Wolfe says the current goal set by the city, which cuts gas emissions to 80 percent by 2050, isn’t good enough. He says the city needs to be targeted in cutting emissions to zero by 2030, updating old building codes to be environmentally friendly, focusing on public transportation, and helping close the disparities for people who can’t afford to go green.

The Sunrise Movement has been communicating with religious, social, educational, and political groups all over the city such as Bridging the Gap, KC Tenants, the Environmental Management Commission, and the Hispanic Chamber of Commerce to identify the city’s environmental needs.

The Sunrise Movement has drafted a Green New Deal resolution with Bunch that they plan to introduce to the public soon after the rally. If the council passes the resolution, Kansas City would be the first Midwest city with a local Green New Deal.

Wolfe hopes to see the formation of a committee that will allow voices from all over the community to come together and begin writing legislation—and attaching city dollars to it.

“This is the opportunity for the American dream, and I think the Green New Deal says we don’t have to do that alone,” Wilkes says. “We are a group of people as American citizens and we all at the very least deserve access to a healthy, livable future.”