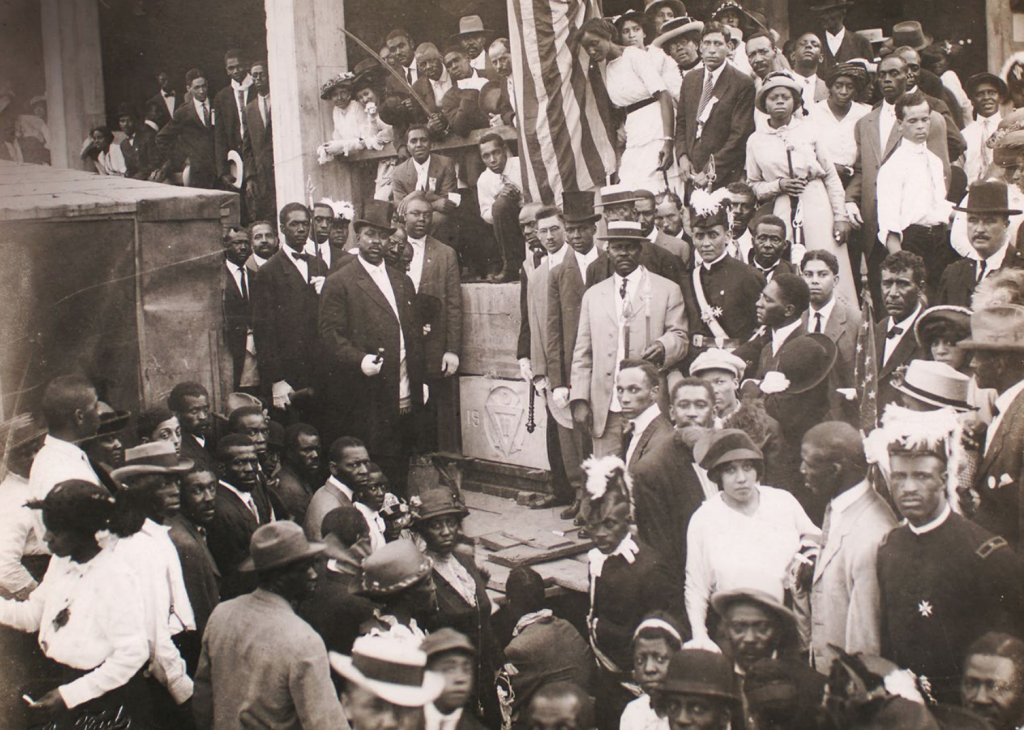 Black history feels palpably now. We’ve been witness to more than 8,000 multi-generational, multi-racial demonstrations for Black lives since this summer. Our nation’s first Black female Vice President now lives in the White House, and the Deep South just sent its first Black U.S. Senator to Congress. We’re in the midst of what How to Be an Antiracist author Ibram X. Kendi calls a Black Renaissance.

For those of us who think history is made in other times by other people, the Kansas City Black History project aims to set the record straight. Black history is not only now—it’s here all the time.

For more than a decade, the Kansas City Black History project—a partnership between the Black Archives of Mid-America in Kansas City, the Kansas City Public Library, and the Local Investment Commission—has shone new light on the vast depth and vivid closeness of Black history in Kansas and Missouri.

This year, project organizers aim to “rise to an auspicious moment” by launching new materials that stand the test of time: A 44-page full color Kansas City Black History book; accompanying school curricula tailored to elementary, middle and high school classrooms; an oral history program; and a new website to house it all, at kcblackhistory.org. The website’s expanded launch is anticipated later this spring, and many project threads are still in development.

“We don’t have a lot of Black history books,” says Justice Horn, a young activist whose contemporary perspective is included in the book. “I hope we don’t take this moment lightly. For a lot of these life stories, this is the only picture that was found.”

The book is based on more than a decade of research into the lives of local and regional Black women and men whose legacies shaped American education, sports, business, activism, and the arts. Each story was researched and fact-checked by teams of experts. The images accompanying the stories were sourced for more than 20 institutions, says Brent Schondelmeyer, Deputy Director of Community Engagement for Local Investment Commission.

The book is available for free to anyone who requests it.

Horn, a young activist who works to uplift the Black LGBTQ community and has helped organize Black Lives Matter demonstrations around Kansas City this summer, says the book can expand our understanding of the civil rights movement as “a giant wave and ocean.”

Kansas City’s downtown retailers “didn’t desegregate on their own,” says Dr. Carmaletta Williams, Executive Director of the Black Archives of Mid-America in Kansas City. “There were women like Mamie Hughes who went down there, all dressed up, and protested.”

It’s a past that meets prologue: “Not only is the book preserving the stories that got us here today, but preserving the moment we find ourselves in,” says Horn.

Glenn North, Executive Director of the Bruce R. Watkins Cultural Heritage Center, reflects on this in a poem in the book, reading in part: They are legion and I chant their names, almost as if holy. “One of the things you heard echoed was ‘say their names,’ those who lost their lives were not to be in vain,” says North. “This project is to name the names of those who shaped this city, to honor their legacy.”

The Kansas City Black History project aims to educate, of course—and the inherent power of education emerges as a key theme in its stories. Education “was formative in the resilience that Black people had, and the goals they set to get out of enslavement,” says Williams.

HBCU’s (Historically Black Colleges and Universities) were early “incubators,” says Williams. They gave a platform “for Black folks to get together and talk.” It’s a lesson that leaps into headlines: Last fall, Kamala Harris thanked her HBCU sorority sisters when she accepted the nomination to become Joe Biden’s running mate. HBCU alum and Missouri Congressman Emmanuel Cleaver says Harris’ success is the “culmination of the dream” of HBCU founders.

The book features essays by Kansas City Mayor Quinton Lucas and Negro Leagues Baseball Museum President Bob Kendrick. Lucas’ essay reflects in part, “These trailblazers not only left behind a changed nation but also an important responsibility.” It’s a legacy that lives on.

America has a “very recent history,” says Dr. Williams. Kansas City Black history reflects that: “There are people I knew in the book personally,” says Schondelmeyer. “When you look at them and see them, you’re touched by them.”

The Kansas City Black History book’s recency and familiarity are valuable: They build community while holding space for our truths. “My grandfather’s father was born when slavery existed,” says North. “So when people talk about when slavery existed, that’s not a long time ago.”

History has a unique power to create identity, and help heal the painful anguish of an unknown past. “Just two generations ago, my grandmother was a house slave, and her mother was a slave who came across on a ship from Kenya,” says Horn. He learned his extended family’s history a few months ago—a rare experience among descendents of people who have been subjected to slavery. “I saw my great-grandmother’s grave, and her father’s who came over on the slave ship. And to know that is a privilege.”

Organizers are hoping the Kansas City Black History project will be seen as a model for more. “This project is replicable and we hope others will do something similar in their own communities,” says Schondelmeyer.

“It shows the necessity of all our stories to be told, Indigenous Americans, all people of color,” says North. “It inevitably helps us to understand each other, for true empathy and reconciliation to take place.”

Says Horn, “knowing where you came from, that’s really empowering.”

Copies of the Kansas City History Book can be requested for free through this link. A downloadable PDF is available here.