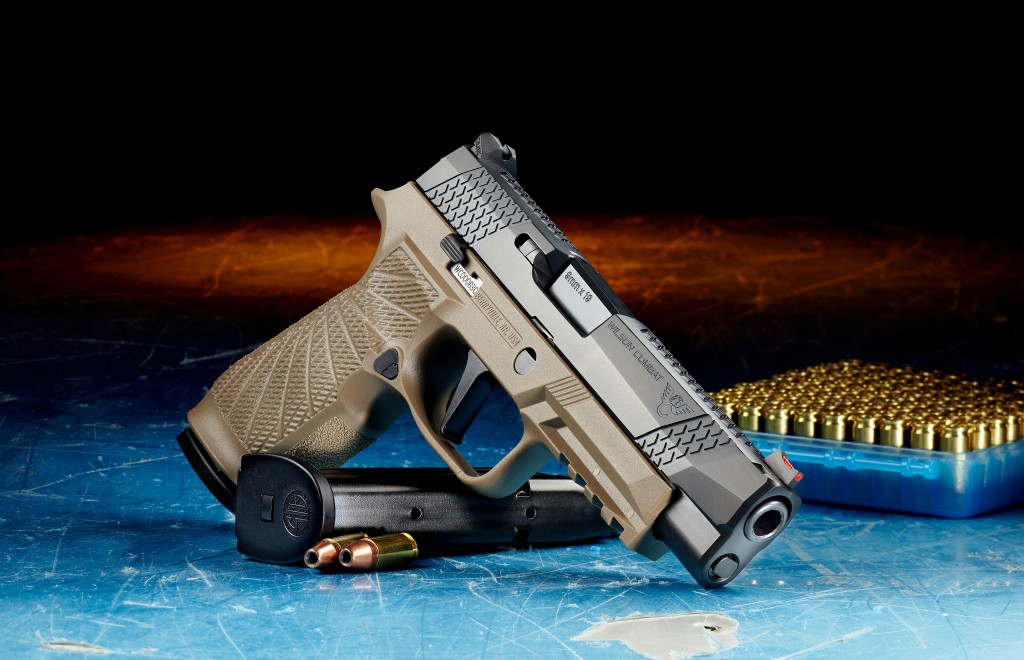 The guns, which are priced to be quickly sold and disposable, have been manufactured for decades by Jimenez Arms and regularly retail for less than $150. That’s a price that attracts gun traffickers. The weapons can be traced to a number of crimes including carjackings, high-speed car chases, drug distribution, bank robberies, and other crimes.

When the company began facing legal accountability for the number of gun laws and regulations violated, Jimenez Arms filed for bankruptcy. Then, less than three months later, Paul Jimenez applied to ATF for a new license under a new business name, JA Industries.

ATF approved the license request in 28 business days with little to no investigation, despite having proof of Paul Jimenez’s illegal actions.

The suit claims ATF conducted a deficient investigation into the company, demonstrating the lax oversight of the agency. The approval of JA Industries is surely not the only time ATF has recklessly approved a Federal Firearm License to criminals. Data shows that ATF denied less than 0.1 percent of applications received from 2017-2019.

“We’re also bothered that the ATF licensing division had the opportunity to stop him, but didn’t,” Raoul said in the press conference. “The threat of gun violence to our communities is far too great for federal firearms license applications to be routinely approved without adequate review… We hope that this lawsuit leads to them taking a second look at a license that should have never been approved last year. ”

Mayor Lucas echoed Raoul’s frustration about the actions of the ATF.

“It is inexcusable that the regulators we rely on to enforce our federal gun laws have given the green light to continue doing business despite the clear evidence of this manufacturer and its principal contributing to gun trafficking,” Lucas continued.

From 2013-2015 Jimenez Arms did business with James Samuels, a Kansas City gun trafficker, who has pleaded guilty to violating multiple gun laws and has acknowledged trafficking dozens of handguns recovered in the Kansas City area by the KCPD. Jimenez Arms shipped guns directly to Samuels’s home, despite knowing they were facilitating unlicensed gun dealing.

In addition to those guns acknowledged by Samuels, the police department has recovered, seized, or held as evidence 166 pistols that were made by Jimenez Arms. Mayor Lucas claims this number is highly disproportionate to the company’s share of the market.

“When you think about the damage a single bullet can do, and you think about the fact that those pistols are only the ones we have recovered, you start to get a sense of the potential impact this one manufacturer had on gun violence in Kansas City,” Lucas said in the press conference.

The suit alleges that the ATF allotment of a new license to Jimenez was contrary to law, arbitrary, and capricious. Since Jimenez was disqualified from holding a Federal Firearms License, his case should not have even been considered.

“With so many red flags about this company and this individual in ATF’s own records, it should never have even been a close call whether to grant them a license,” Lefkowitz said

That, the lawsuit claims, makes ATF’s decision to approve the license in violation of the Administrative Procedures Act. The suit is asking the court to revoke the ATF decision and license before the company has the chance to manufacture and distribute more guns.

“Rather than follow the law and put an end to Jimenez’s illicit and dangerous career in the firearms industry, the ATF approved his new business request in only 28 business days, with little if any investigation,” Lefkowitz stated. “We’re here today because this continuing threat to public safety is unacceptable. ATF has the ability and the obligation to cut this threat off, but they failed to do so. So we’re asking the court to undo the damage.”

Over the past 17 years, Jimenez has repeatedly broken a number of federal gun laws. In the early days of the business, Jimenez made misrepresentations about a prohibited individual’s involvement in the operation of the company. Numerous times, ATF’s own investigations found that Jimenez Arms violated important record-keeping laws.

Lefkowitz claims that JA Industries has already begun selling firearms as of a few months ago, but that none have been recovered yet because it is too soon to see them. This is why there is such a dire need to get ATF’s decision reversed and shut down the manufacturer.

Jimenez Arms is currently involved in a bankruptcy case that aims to determine if any assets that may belong to Jimenez Arms were not part of the debtor’s estate and whether any assets need to be pulled back into the estate to pay off their obligations.

Mayor Lucas claims that they have recognized for years that guns used in violent crime in Kansas City are rarely produced in the city, state, or Midwest region. The guns from Jimenez Arms—which has at times been one of the top 15 gun manufacturers in the country—are produced in Nevada.

Lucas went on to claim that companies like Jimenez Arms are grossly “irresponsible and working with criminal traffickers.” Lucas acknowledged the gun supply problem that is present in Kansas City, and claimed that this suit would be followed by others like it as the city continues to target gun violence and supply issues.

Mayor Lucas said that he expected this suit to greatly affect the sales and distribution of guns in the Kansas City area.

“If you look at the cases related to a Mr. Samuels, who was trafficking exclusively, or for the most part, Jimenez Arms,” Lucas said. “There are gun shops here in Kansas City, some operating legitimately, many others operating illegitimately, that need to be able to obtain weapons through some illegitimate needs. That is why we’ve thought it was important to start hitting the supply issue.”

Stopping the supply of harmful and illegal guns is a priority for Lucas, who notes that gun violence is a public health issue in Kansas City.

“Gun violence is a public health crisis in Kansas City and so many other cities, and the vast majority of the guns being used are handguns,” said Mayor Lucas “It is inexcusable that the regulators we rely on to enforce federal gun laws have failed to take action despite the clear evidence that Jimenez Arms contributed to gun trafficking. This effort is about accountability—and it’s also protecting Kansas City residents by addressing an ongoing threat to public safety in our city.”

Limiting the supply of guns will in turn limit the sale and distribution of guns. But stricter enforcement by authoritative bodies like the ATF is needed to make existing gun regulations and laws stricter. Because without enforcement, guns like the ones JA Industries is currently making are given to dealers and traffickers.

“You got kids who are 13, 12, 14 years old in Kansas City that are walking around with firearms,” Lucas said. “This is what we think will help us curtail that number and help us limit the ability of those who are dealing them, handing them to kids, all those sorts of things. It’ll just reduce supply, and I think we’re hopeful about that making a difference for Kansas City.”

If this lawsuit goes according to the Plaintiffs’ plans, then Kansas Citians will be much safer. The suit will also help establish precedence to which Lucas can refer to when going after other companies that are similar to Jimenez.