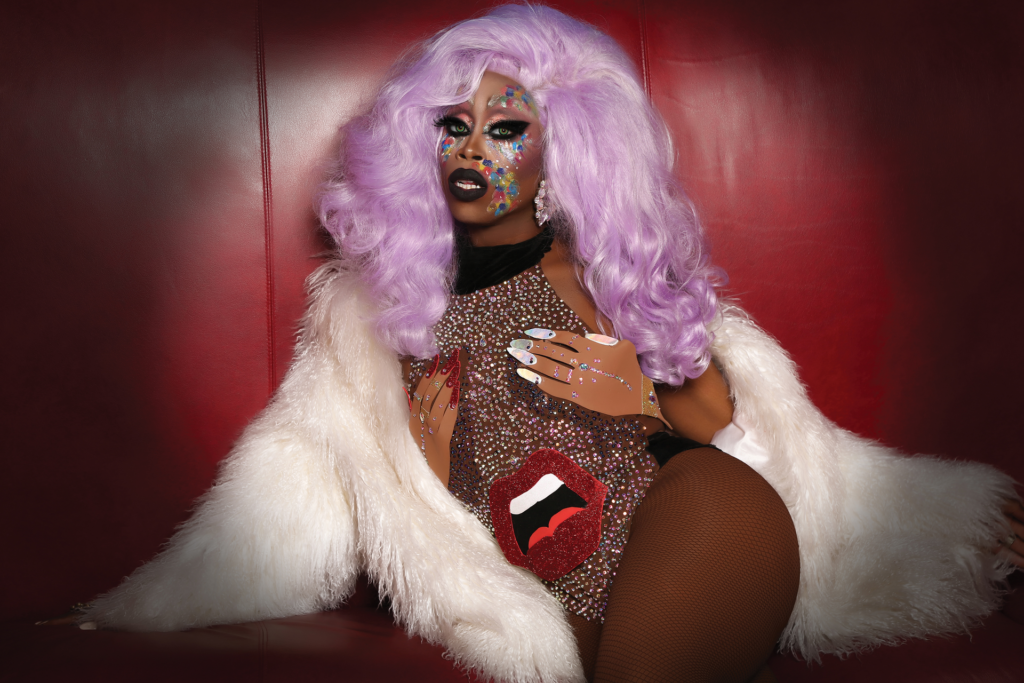 Monique Heart — the drag persona of Kansas City’s Kevin Richardson — brought what she calls a “glam-look queen on a budget” to Season 10 of RuPaul’s Drag Race. While many queens on the show come prepared with pre-made outfits and lavish designs, Heart’s limited resources forced her to get creative. Though she finished eighth, Heart’s sass, craft, and highly meme-able reactions won her many new fans, including here in Kansas City — a place, Heart declared on the show, that is “known for smoked meats, barbecue, jazz, and me.”

We had a few more questions about Heart’s relationship to KC. Below, her answers to our Pitch Questionnaire.

Hometown: I’m originally from Long Island, but I currently live in Kansas City.

Your drink: My favorite drink is an Americano with almond milk.

What did you do when you found out you’d be on season 10 of RuPaul? At the time I was kind of stressed and over it, because I thought that I didn’t get it. But I was on my way to buy some E6000 glue from the store when I got the call, and I was like, “Yay, OK, I got it!”

How has your family reacted to the season so far? We really don’t talk about it, honestly.

How does living in the Midwest impact the way you perform in drag? I think we get a greater advantage because we get to see what both coasts are doing. Missouri is the heart of America, and truthfully, without the heart, the body doesn’t live!

What is the last thing you laughed at? McDonald’s giving me 15 nuggets instead of 20.

What song did you perform to for your first drag performance? “It’s Not Right but It’s Okay,” the Thunderpuss remix, by Whitney Houston.

How are Monique and Kevin different? We’re twins, but we’re fraternal. Kevin’s quiet and Monique’s kind of loud. We’re very much the same but not identical. Monique has a fuck to give because it’s her job.

What’s your guilty pleasure? Chicken and waffles! I also like to go through the drive-thru and get an Oreo McFlurry and ask for, like, quadruple the Oreos. Then I go to the store and get another pack of Oreos to put in it.

What is your favorite runway look you’ve done on the show? I would say my feather look. It took so much time to make, and I’m proud of it.

The best advice you ever got: When in doubt, belt it out. Put a belt on it!

What gets you on your soapbox? Hearing ignorant people speak without having facts to back up their statements. And even if they have their facts, using them in the wrong context. It just makes me want to slap some people, but I don’t, because I don’t want to go to jail.

What is unique about Kansas City’s drag scene? You would never see one queen do the same thing as someone else. We all have our own looks and style. We all just slay. You can put any of us up with any of the Ru girls and we’re going to show out.

Who did you want to be when you grew up? Just somebody wealthy and powerful. I wanted my own stuff and to get my mom everything she needed. I wanted to be an important and powerful person.

Before becoming a queen, you went to seminary school and were a minister. How do you merge your strong religious beliefs with being a part of gay culture? I don’t really identify with the word religion because so many people automatically cringe and shut down and are no longer being open. But I believe that faith and spirituality are real. Combining and merging my spirituality with gay culture, I listen to who He is and who He says I am … I always feel that people sometimes ask how to merge the two, and they always want to blame God. But darkness is real, and darkness always wants to keep you away from the light. At the end of the day, He loves us all.