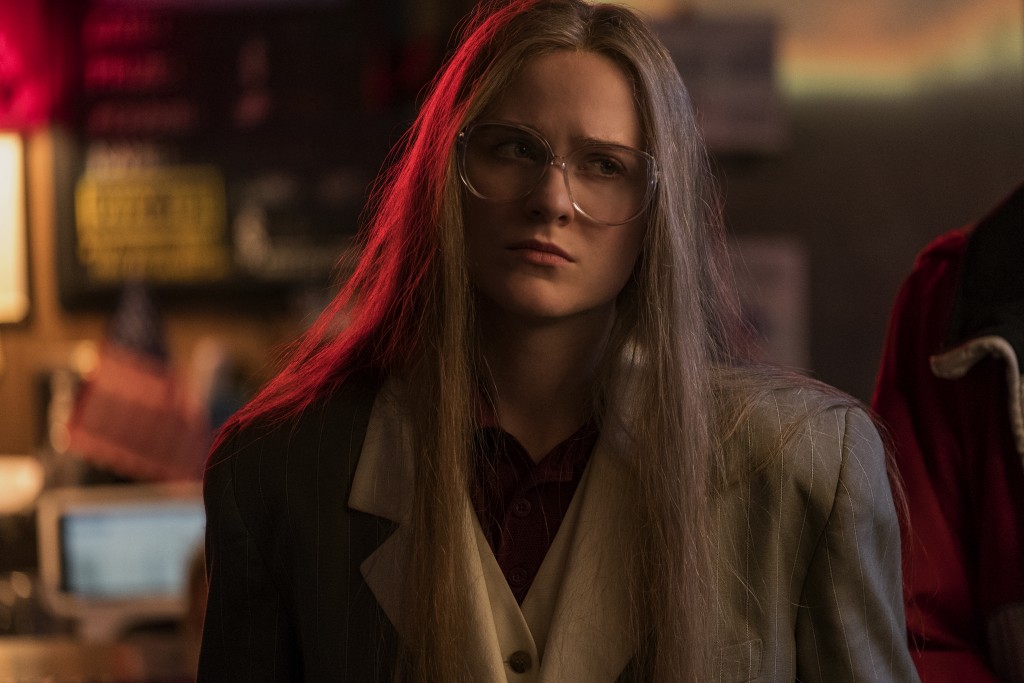 At first, it’s hard to know what to make of Miranda July’s new film Kajillionaire. On the surface, it seems to be a film about an unconventional family of schemers who get by through skimming and hustling. Like most July films, their lives are quirky–they live in an office attached to a bubble factory and have to skim leaking bubbles off the wall every afternoon. The daughter, saddled with the strange, inherently ugly name Old Dolio (Evan Rachel Wood), has a deep voice, chest-length hair, and dresses in a baggy tracksuit. Her parents, Robert (Richard Jenkins) and Theresa (Debra Winger) are similarly stiff and odd.

But again, as with all of July’s other works—cinematic, literary or conceptual—there’s a deeper theme at play here relating to human relationship. At its heart, Kajillionaire is about our need for meaningful connection. Wood’s Old Dolio, a young woman who yearns for her parents’ approval, but has never once experienced it, is the conduit of that message, as she begins to learn just how unhealthy her parents’ treatment of her has been. The film takes a while to make its point, but once July shows us what it’s really about, Kajillionaire becomes a dreamy, tender experience.

It’s worth noting that we don’t learn Old Dolio’s name until a significant way into the film. At first, we see Robert, Theresa and their daughter walking the streets of L.A., stealing mail and running merchandise return scams. They’re strange, but their neighbors hardly seem to be doing any better than they are. The family seems like a bizarre but functional unit. It’s only when Old Dolio runs a lost luggage scam on an airplane, and the family comes into contact with a stranger (Gina Rodriguez’s Melanie) that they introduce their child by name. Even later in the film, it’s revealed why she has that name—her parents knew a homeless man who won the lottery and named her after him so he’d put her into his will.

Kajillionaire finally takes off when Melanie takes Old Dolio away from her toxic situation, realizing how starved she is for a relationship, and tries to help her heal. It takes a long time to get to that point, however. For much of the film, it’s easy to wonder where exactly any of this is going until July makes that shift and Kajillionaire goes from an episodic quirkfest to something much more sensitive and interesting.

Fortunately, the slow burn is buoyed by phenomenal performances. Wood, in particular, is outstanding as Old Dolio, practically getting lost in the awkward physicality of the role. As Robert and Theresa, Jenkins and Winger are reliably excellent, Winger especially, as she lives into her character’s almost alien, distant nature. As the (relatively) more balanced Melanie, Rodriguez brings a welcome perspective and warmth to a story that needs that element order to stay grounded. Her scenes with Wood are genuinely sweet and loving.

Kajillionaire risks getting lost in its extreme oddness, but manages to pull itself back from a surreal twee spiral through its use of perspective, meaningful central theme and committed performances. In particular, Wood’s performance communicates a lifetime’s worth of isolation, lack of affection and yearning for that kind of simple tenderness. It feels very singularly part of July’s canon, as a high concept set against a mundane setting, and a specifically strange film that sometimes feels that way just for the sake of wanting to be different. A lesser filmmaker would lose that balance. But July, and the performers she surrounds herself with, manage to walk that tightrope just fine.