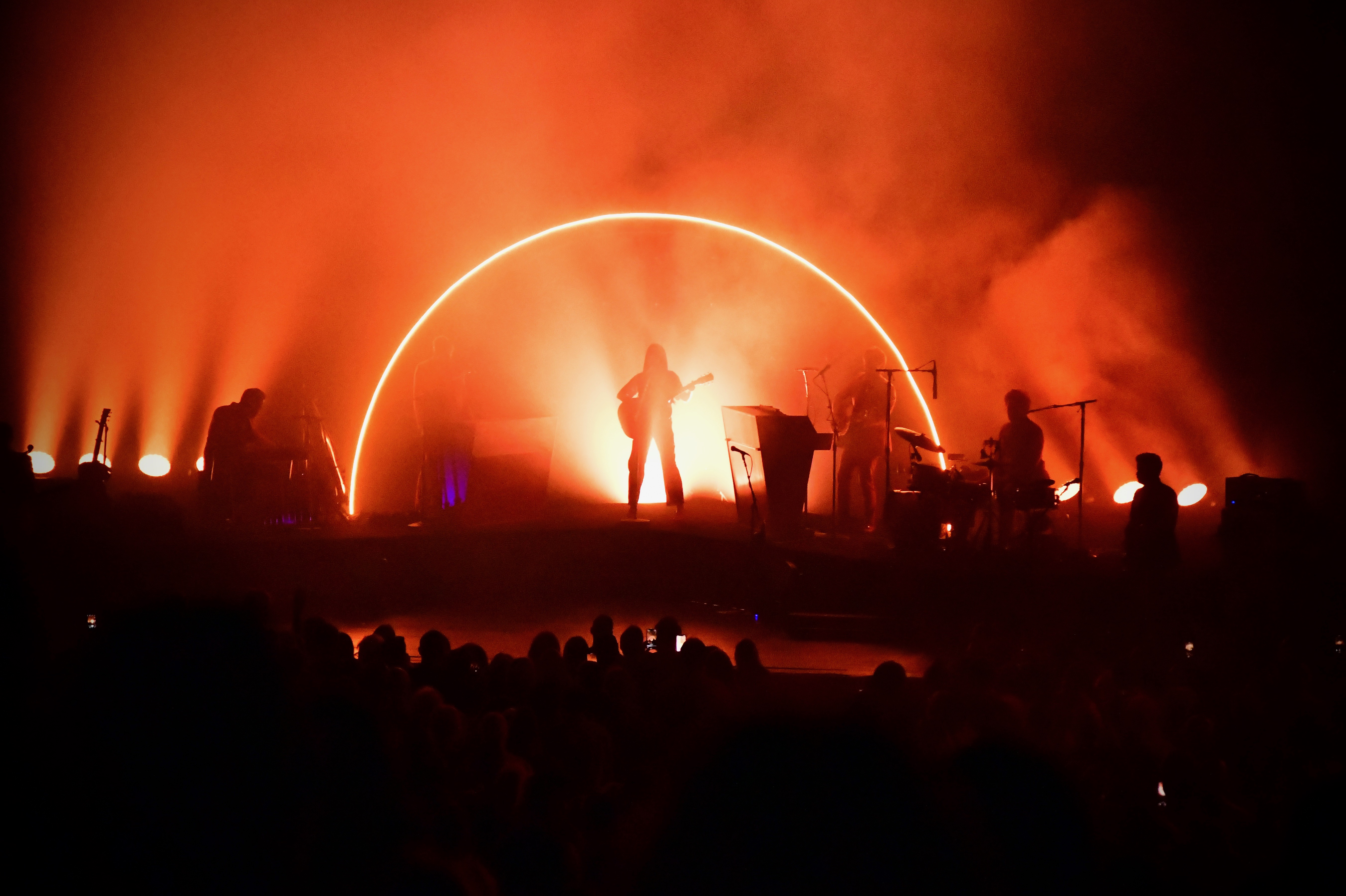 After spending half a decade writing songs that turn the gender stereotypes of country music (and America at large) on their heads, Kacey Musgraves has embarked on a more personal journey. It’s not that she’s no longer subverting pop country; it’s just that she’s doing it in a more abstract way these days. The material on Musgraves’ 2018 album Golden Hour — which earned her four Grammys — explores unmarked territory for the Texas-born star, venturing closer to the plane of mainstream pop and simultaneously into a world of psychedelia.

Wednesday night’s sold-out date of the Oh, What A World Tour at Starlight Theatre was a testament to Musgraves’ aesthetic precision, crossover success, and sheer likeability. Suburban moms and their hip, adult-age children alike smiled heart-eyed at her cheery quips and trendy get-up (a koi fish-print jumpsuit).

Golden Hour was played in full, though not in sequence, over the course of the roughly 90-minute performance. Musgraves opened with the album’s first track, “Slow Burn,” and won the crowd over by the end of the first line. 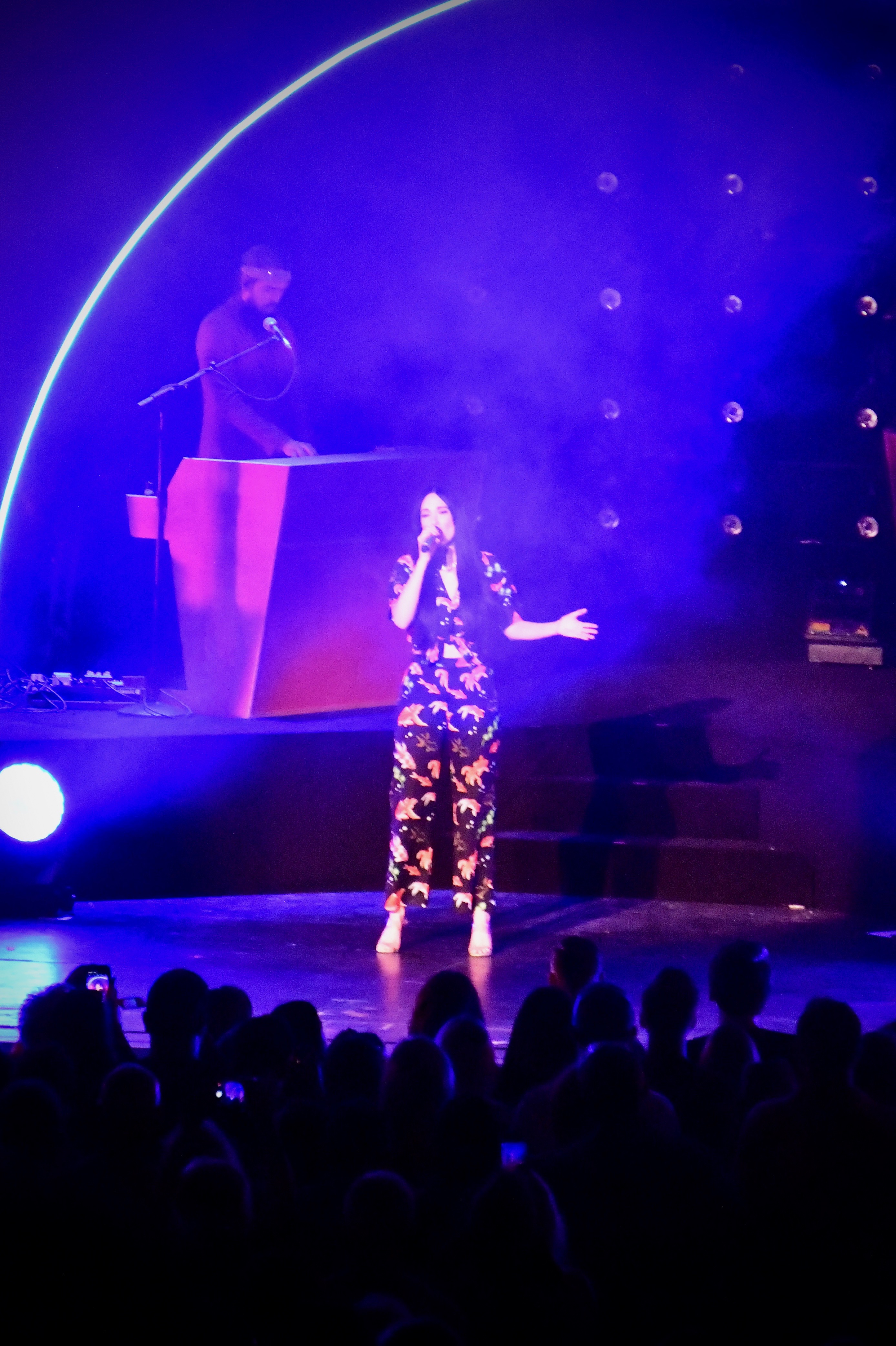 Musgraves has noted in interviews the influence LSD had on the writing of the album. The clever but relatively ordinary themes on the new songs were brought to life in a manner that was cinematic in scope: a psychedelic trip out to the desert, a true Western. The tour’s massive LED board sat at the back of the stage with a smaller semi-circle placed in front of it, creating the effect of a rising or setting sun. Basking in the technicolor light show as a late summer night’s breeze rolled in was sublime; any other setting would have been a disservice.

The witty storytelling and small-town relatability of 2012’s pop-country track “Merry Go Round” achieved a polite sing-along, while the disco-funk-inflected Golden Hour’s “Velvet Elvis” had folks dancing. For those in attendance that like their dances a bit more square, Musgraves and her band carved out a brief portion of the show for the more traditional. “Family Is Family” and “Love Is A Wild Thing” featured the band huddled around the center of the stage as the lights above descended and turned a tint of orange that called to mind the vibe of a humble honky-tonk. An electric bass was swapped out for an upright one, a cello appeared, and the band got to work. (Another intimate moment during this portion of the show was an extended introduction of her band members, with each receiving a brief, personalized theme. Steel guitarist Brett Resnick is from Topeka, Kansas. Nice!)

It’s relatively rare these days to find a country star that isn’t a stellar vocalist. Musgraves’ voice is lovely, but her range is half that of some of her peers. She makes up for it with smart writing that plays well in a near-spoken tone, but there are moments in the live setting that necessitate (or could at least be boosted by) a powerful vocal performance. One here was her cover of Gloria Gaynor’s “I Will Survive.” Musgraves’ band flaunted its versatility and chops, but Musgraves was reduced to a slightly-above-average disco fan just trying to keep up. Even a meaner, more focused delivery would’ve made this tune more enjoyable than a pleasant instrumental statement piece.

In all other regards, though, Musgraves’ set was transcendent, and it’d be remarkable to see her top it on a future tour. As the set wound down, the pummeling, slow-burning breakup, “Space Cowboy,” had fans rapt. “Follow Your Arrow,” an early hit and a tip of the hat to her gay fans, hit hard. A cover of Brooks & Dunn’s “Neon Moon” was injected with vocoder background vocals, gracefully lassoing the hit into the 21st century.

The night’s final song, “High Horse,” was by all means (my apologies) a barnburner. As the band jammed fiercely, Musgraves galloped across the stage, guitar-free, soaking in the pop star moment she deserves. Spacey Kacey’s trip up north was all good vibes. 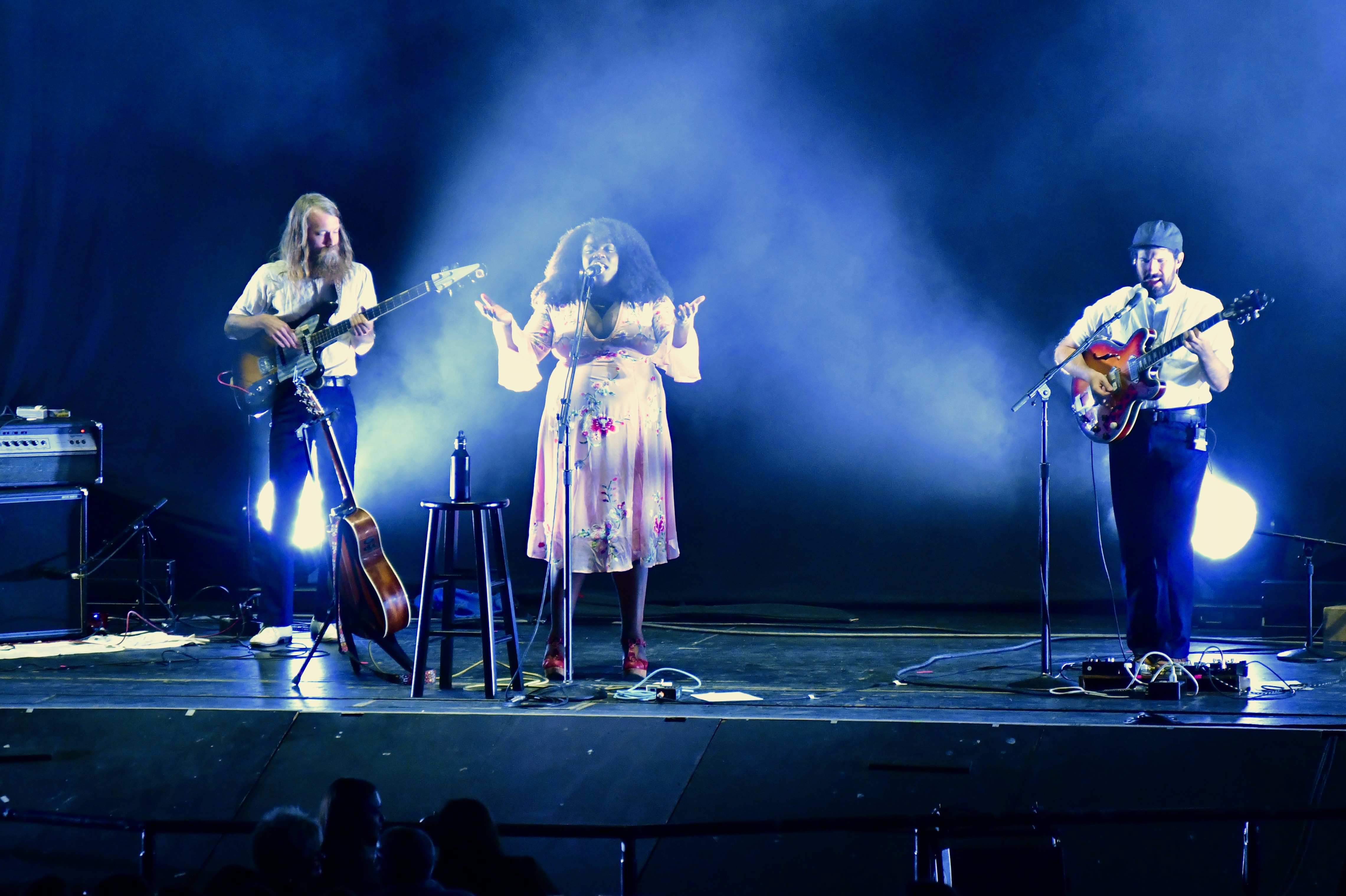 A 45-minute opening set was provided by British roots rock singer-songwriter Yola. Breezy and upbeat in both tune and personality, Yola strummed her acoustic dutifully and delivered strong vocal performances, dispensing charming backstories between songs. Her cover of Elton John’s “Goodbye Yellow Brick Road” could give the fellow Brit a run for his money.