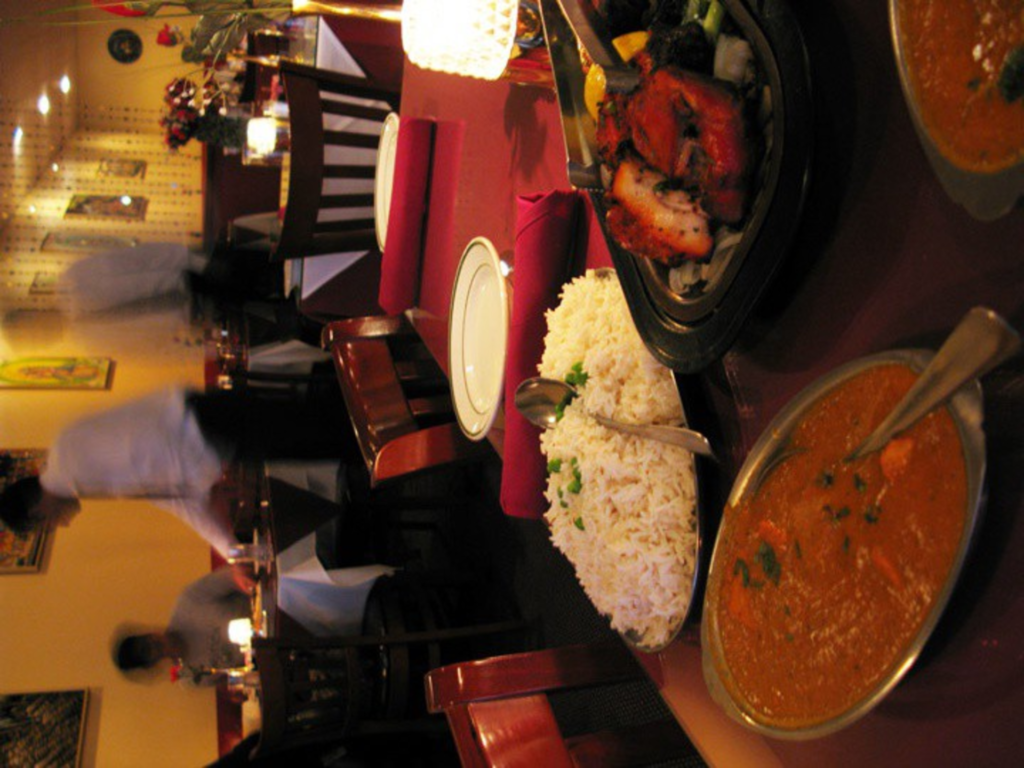 Oscar Wilde once wrote, “No great artist ever sees things as they really are. If he did, he would cease to be an artist.” Similarly, it seems that sometimes a restaurant customer needs to suspend reality and take on the visual sensibility of an artist to really appreciate a dining experience.

I like to imagine, for example, that every time I walk into a Town Topic diner, I’m stepping into an Edward Hopper painting. And because the Savoy Grill has changed so little over the past century, it’s kind of fun to imagine that it’s still 1903 — until the check comes, of course.

Then there’s the new Indian restaurant in Lenexa, Kabab & Curry, which doesn’t have the most imaginative name by local Indian-restaurant standards. It has no illusions about being a palace or a Taj Mahal or a paradise or even one of the sexual positions of the Kama Sutra. But owner Surinder Becker does seem to understand that the eyes require more than a perfect buttery tikka masala sauce or the brightest orange-colored syrup for a mango sundae. That’s why he spent some dough turning the interior of his strip-mall storefront — its grim, oppresive architecture style could be described as early Stalinist — into a fantasy of cream, burgundy and white, with shiny appointments, soft music and two servers who could have stepped out of a recent Bollywood musical.

“I think we’re not in Lenexa anymore,” my friend Addison said as we were escorted to our glass-topped table.

By the time he’d finished eating one of the thin, peppery papadum wafers that were presented, with great fanfare, by the broad-shouldered waiter (he played football for Olathe North High School), Addison had decided not only that we were not in Lenexa but also that we were supporting players in a Harry Baweja movie. “But only if the waiters start singing and dancing,” he said, “and Priyanka Chopra whirls out of the kitchen.”

It didn’t happen, but I admired Addison’s creativity in hoping that it would. Because Kabab & Curry doesn’t have a wide-screen monitor showing snippets of Bollywood productions (as did the bizarre, wonderful — but now defunct — Bollywood Bistro), the real visual excitement has to come from the food. The good news is that the cuisine at this family-run restaurant is as pretty as it is tasty.

More than tasty, in fact. Standard Indian-restaurant starters such as vegetable pakoras are gloriously light and not a bit greasy, served with a punchy onion chutney. As at most Indian restaurants, the condiments — that walloping onion chutney, a soothing mint chutney and sticky-sweet tamarind sauce — accompany the papadums.

I could have eaten a few samosas, too, but Addison wanted to sample the coconut-and-tomato Madras soup. “It sounds light and soothing,” he said.

Light it’s not. The hot, creamy concoction of puréed tomatoes, spices and coconut milk was rich and delicately seasoned, but Addison was put off by the grated coconut. “It makes the soup taste grainy,” he whined. I liked the supple soup a lot. On the other hand, I’ve yet to find a local version of the Anglo-Indian mulligatawny soup — a staple of most Indian menus — that lives up to the promise of being spicy, lemony and restorative. Usually this soup is so bland, it could pass as turmeric-flavored gruel. (The name translates from Tamil as “pepper water.”) The Kabab & Curry version wins points for having some body, but it was pretty boring until I tossed in the garnish from the pakoras — chopped cabbage and carrots — to give it some texture.

Lamb offerings here are pretty standard, but the rogan josh (not to be confused with screenwriter Josh Rogan) has a fragrant yogurt-pepper sauce and, the night I tried it, would have been excellent if the lamb hadn’t been slightly chewy. The fierier chicken dopiaza (translation: “two onions”) was exceptional, its mahogany sauce devilishly laden with soft onions.

Addison needed dessert after all those spices, so he happily spooned into two scoops of ice cream drenched in neon-orange mango syrup. “This stuff is so bright, I’m worried it’s radioactive,” he said. If it was, he lived.

My friend Linda sipped on a less vibrant mango lassi — think milkshake — on the night she and her husband, Richard, joined me there for dinner. “Did you notice that there’s an Indo-Chinese menu, too?” she asked, pulling a laminated insert out of the bigger Indian menu. “It has garlic chicken, lamb Manchurian and something called “Chicken 65.” Do you think that refers to the number of spices?”

“No, you had to have been alive in 1965 to order it,” I guessed. I was more interested in the insert’s selection of dosas, a treat you don’t see on a lot of Indian menus. This Southern Indian specialty — a golden, tissue-thin, griddle-fried crepe — comes in several incarnations here. For the house special, it’s folded around a filling of cashews, chopped chicken and peppers. The dosas are nearly as big as the tables and not easy to share, but they’re worth the effort.

We figured that a place named Kabab & Curry would have a lot of kabab choices on its menu, but there weren’t as many as we’d expected. We ordered the tandoori mixed grill, which at least offered two: marinated lamb boti and a ground lamb seekh kabab, both excellent. We agreed the signature dish deserves its marquee value, and we were also delighted by the succulent, gingery, tandoor-baked chicken (often so dry in other tandoori places).

The shrimp curry was slightly sweet, not nearly kicky enough. But another “medium hot” dish, the vegetarian paneer kadaiwala, was just the right intensity. These cubes of house-made cheese, not quite al dente, are tossed in a fresh-tasting sauce of onions, sweet bell peppers and hot chilies. I’m not usually a paneer fan, but the combination of textures and spices in this dish was so sensual that I could stop eating it only long enough to tear off a bit of griddle-baked roti to dip in the jade mint chutney.

“The breads are my downfall at Indian restaurants,” Linda said. Mine, too. We nearly had a tug-of-war over the last bit of garlic naan. I felt like gloating as I took the bigger hunk.

Traditional Indian sweets don’t particularly interest me, and the only way I could see myself spooning up the satiny kheer badami rice pudding was if the chef had stuck a warm chocolate cookie in the middle. Linda and Richard needed no such incentive and cleaned the bowl without me. We all tasted the mango pudding and grimaced: It was head-poundingly sweet.

“But it’s pretty,” said Linda, admiring the sunflower-gold color of the dessert. “You want to eat it just because it looks so good.”