K3 fake pot and other signs of spring 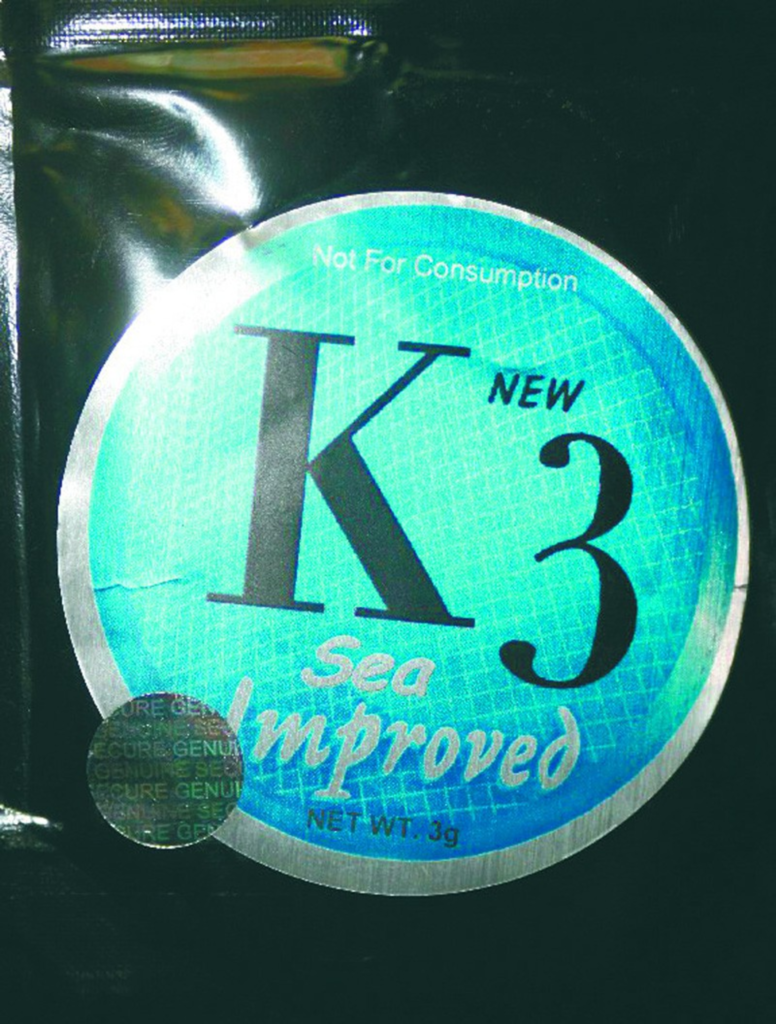 K2 synthetic marijuana has been illegal in Kansas for almost a month and will be banned any day now in Missouri. But demand is too damn high to allow legal faux reefer to die peacefully, and new products are already on the market.

A few midtown locations are selling K3, which advertises itself as incense and not for human consumption. Unlike K2, the new version says on its label that it includes damiana, a plant native to Mexico, Central America, South America and the Caribbean, and rumored to be an aphrodisiac.

Before you spend your hard-earned dollars on the new stuff, you should know if it’ll really get you high. So, as he did for K2 last year (find “Product Review: Will K2 synthetic marijuana get you high?” on Plog at pitch.com), Pitch staff writer Peter Rugg assembled a group of product testers and smoked up in the name of consumer advocacy. We’ll let Rugg take it from here:

I got my bag of K3 from the Shell gas station on Broadway, near Chubby’s, which also still sells K2. There were several different types — K3 is also sold by the gram and in packaging similar to K2’s for a similar price — but the cashier wouldn’t let me look at any of them unless I purchased one, so I bought a bag of the blue label. (I paid $25 for 3 grams.)

K2’s active ingredients are the synthetic cannabinoids JWH-073 and JWH-018, but no one seems to know what’s active in K3. I’ve e-mailed k3incense.com, which sells the product and promises that its K3 is made in a lab and not in a basement, but I haven’t heard back.

K3 does look a lot more like real weed than its predecessor, but it looks like ditch weed with a lot of stems in the mix. As for the odor, it’s like you’re smoking a bar of soap.

As with our K2 product test, we used Zig-Zag rolling papers and passed the blunt in The Pitch‘s parking lot. And as I did for our last test, I’m protecting our smokers’ identities but including their frequency of real weed use. My own good name is already ruined.

From a high school pothead who now rarely touches the stuff: “It tastes like shit, but the high that I got was the blunt approximation of the high I usually get from weed. The experience is more of a sleepy, dizzy sensation and less of an actual mental shift or trip. All you stoners who swear that marijuana makes you “more aware” or whatever the fuck? K3 is not for you. That being said, I imagine K3 would be a good prelude to a six-pack of beer, if you wanted to throw down, but I wouldn’t use it as the main event. As far as its ‘aphrodisiacal’ qualities, K3 made me want to pass out, not bang.”

From a regular pot smoker: “Whatever strain I smoked tasted pretty bad. The ‘effects’ lasted only a small fraction of the time K2’s did. There were some visuals — objects seemed a little brighter and slightly blurry — but I really couldn’t feel much but the tingle on my tongue. About 10 minutes after the K3 experience, I felt more focused, and it was easier to concentrate on work. This, however, could have been due to my brain overcompensating for the high skeeviness factor of smoking some weird shit that was purchased at a midtown gas station.”

And as for me? As I said in our last review, I don’t smoke pot much these days, if ever. But my early 20s is a green haze. I have to agree with our last tester regarding the skeeviness of this experience. With K2, everything was really funny for about 20 or 30 minutes, but then I snapped back to reality with whip-crack speed. This stuff just felt dirty. It was like injecting myself with a virus. I remember, after our K2 product review, that testers hung around cracking each other up and shouting non sequiturs. With K3, everyone just got quiet. I sat at my desk feeling generally unpleasant for 10 minutes before the effects started to subside. When that finally happened, instead of a quick sobering, I experienced a sensation similar to a hangover the morning after drinking a dozen bottles of cheap beer. It doesn’t help that K3’s taste is rancid and leaves a flavor of rotting lawn trimmings in your mouth long after the last puff.

So, yes, K3 will get you high, but none of our testers thought it was a high they’d seek out. If you must buy fake weed, stick with K2 while you can. And if you absolutely, positively have to get high after K2 is gone? Then first, consider getting some help or just find a real pot dealer already.

Are art students more flatulent? The marker-wielding vandal who altered the following sign on the north side of the Kansas City Art Institute thinks so.

Take that, people looking up at these shoes hanging from wires in the Art Institute neighborhood near 43rd Street and Warwick.