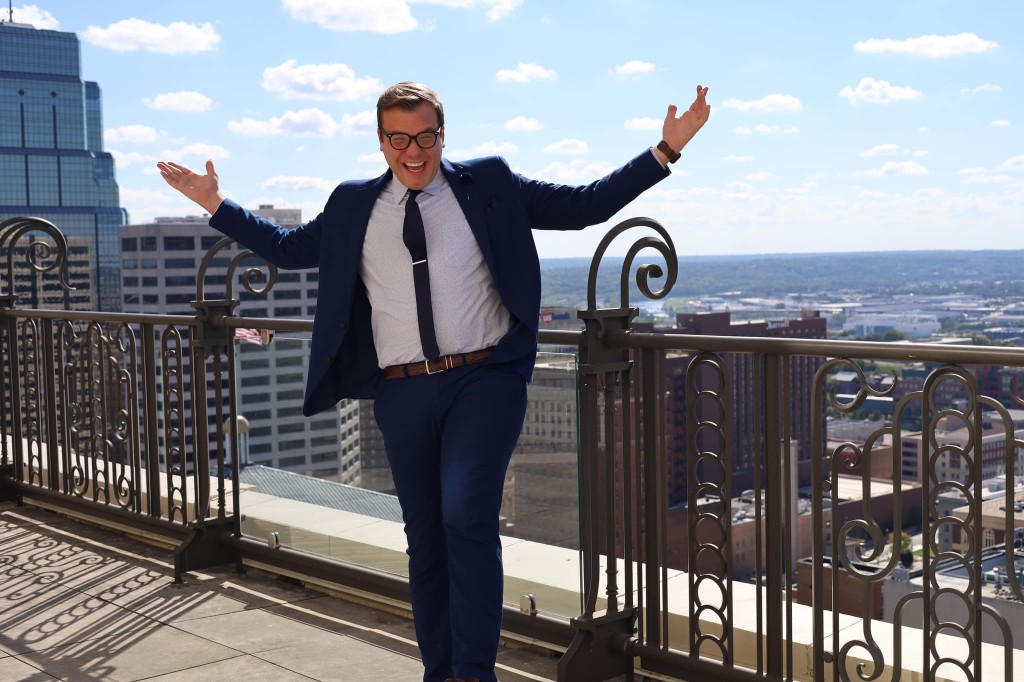 The race for city council is slowly coming to an end, and Justin Short is one of the candidates in line.

Short grew up in the Northland and spent much of his time in Missouri before finding a career in the cruise industry. Now he is back and hoping to make a change in the community.

In deciding to run, Short says that he always wanted to do work within the city and run for office. When he found himself back home full-time in 2020 due to COVID, he decided to begin his campaign for the 4th District at-large.

“Growing up, my dad was a Platte County commissioner, and my mom was really involved philanthropically through an organization called the Harvest Ball Society. That public service was always ingrained in me,” says Short. “So, I knew I was going to do it. I just didn’t know when.”

In terms of candidates, Short finds that what makes him unique is his ability to listen and hear a multitude of different communities in order to know what individuals need.

“I think it’s safe to say that of the competitors we have, I’m consistently the one that is showing up and listening, going to neighborhood events, and learning from other people.” says Short. “I cannot hope to represent the community if I don’t know the community.” 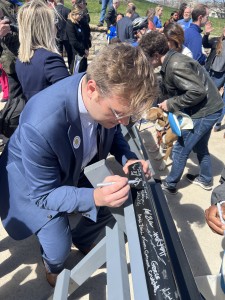 In terms of community development, he has a heavy emphasis on housing and making sure that development is transit-oriented. Looking largely at missing middle housing and accessory dwelling units as well as parking minimums, much of Short’s focus is making it easier to build and find housing within the city as well as location within an accessible distance to transportation.

“I would like to change the zoning code to allow for missing middle housing so I can put two or three units in one lot space. Then I’d have tripled the amount in what would be a single family plot,” says Short. “Those things right now are not allowed in Kansas City, and this is something that happened with redlining. There’s definitely some systemic racism issues in the zoning codes, and I would like to see some of those changed.”

Within the campaign there is also a strong push towards more community transportation, mainly through use of the streetcar. The streetcar currently goes through the downtown area of Kansas City, but Short says he would like to see it extend out of downtown and into North KC as well as more suburban areas.

Though creating the means for streetcar to travel as far as Short would like is a heavy task, he believes that by setting a plan, the funding and time necessary will be found for the project.

“My priority is getting the streetcar to North Kansas City through the north rail study, and I think that will happen. I do know that moving it up North Oak trafficway is going to be a huge tackle. It’s going to be a two-term project,” says Short.

Short’s third campaign priority is climate action. Within the campaign there are minimal specifics to his ideas on how to better the issue of climate in Kansas City, but he did offer insight to how he could help the city become more environmentally friendly.

“Downtown, I would like to see the roofs of buildings painted white. If you think about the square footage on a vertical development with the concrete on the top, or black roofing, it absorbs the heat which then creates a higher emissions cost,” says Short. “If you’re painting them white, the light reflects off, and it automatically becomes more energy-efficient.”

Though Short has lived outside of Kansas City for many years, he strives to show that his run is not simply a spur of the moment decision. “Although I was working on a cruise ship, I was still home for two or three months at a time. I was still involved and engaged in our community,” says Short. “I think that I’ve always kept a hold of what’s going on here, and Kansas City is my home. No iteration of my future involved me not being here and being involved in what happens here.”

To learn more about Justin Short you can find his website and information here.

On the difficulty of sharing pro-abortion stories in the Heartland