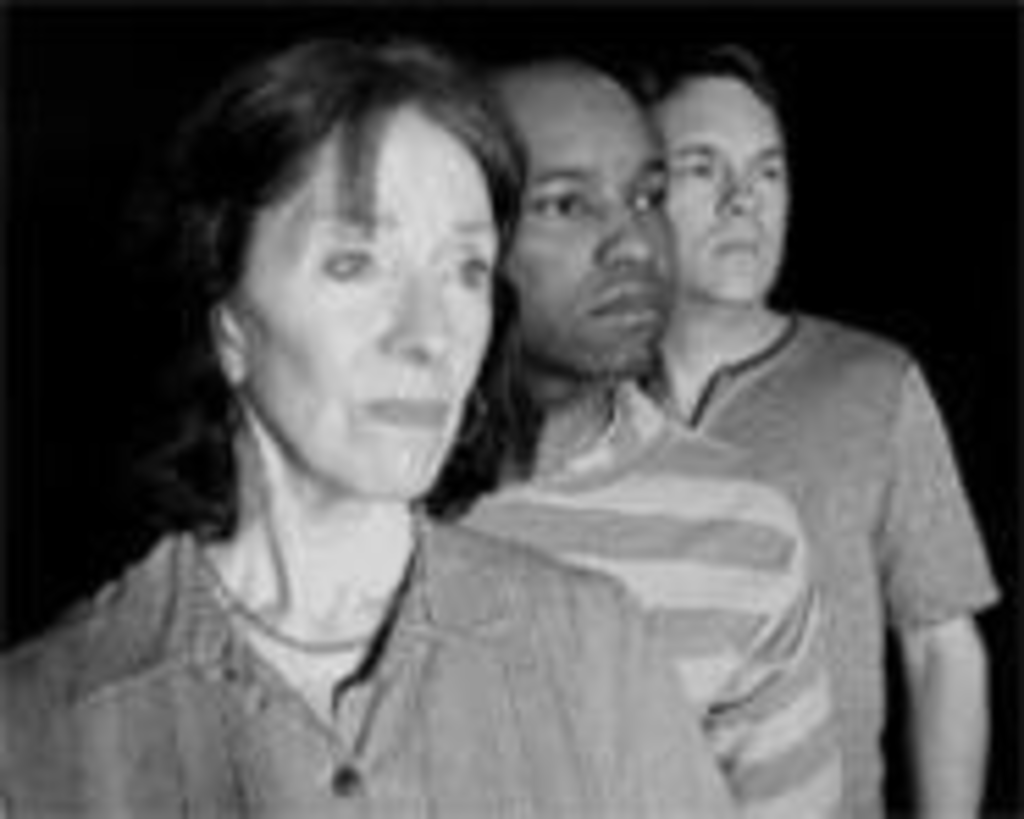 When Sunny Jacobs went to prison in 1976 for a murder she didn’t commit, her son was 9 years old, and her 10-month-old daughter was still nursing. Finally exonerated in 1992, Jacobs reunited with her family in North Carolina. To her granddaughter’s question “Grandma, were you lost?” Jacobs poignantly replied, “Yes, I was.”

In the Unicorn Theatre’s exemplary and moving production of The Exonerated, Sunny Jacobs’ story is just one of six profiles of real Americans whose lives where tragically detoured — taken away from them, really — by a legal system skewed in favor of the moneyed class. Authors Jessica Blank and Erik Jensen winnowed down from 40 interviews with former death-row inmates a pungent theater piece that doesn’t, despite the temptation, preach.

Director Cynthia Levin — with strong support from lighting designer David A. Griffiths and sound and video designer Jeffrey Cady — vividly animates and humanizes a show that, in past productions, has been staged with actors sitting on stools. That approach can work because the stories are inherently rich and heart-wrenching. What Levin does, though, is emphasize the theater over the reading, trusting that a Unicorn audience has already done its homework.

The six characters stand — not unlike a suspect lineup — on the lip of the stage as the show opens, lighted from beneath in a way that brings their faces into relief. Jacobs (Merle Moores) is the sole female of the group, a detail underscored later when she talks about being the only woman on her prison’s death row. Interestingly, her story isn’t specifically a woman’s at all; like her fellow exonerated, the system failed her — and her husband, who, though not at all saintly, was also falsely imprisoned — not because of her gender but because of maddening loopholes and evidentiary shortcuts.

In his past, Robert (Damron Russel Armstrong) had screwed around with white women, so, as a black man, he is conveniently pinned with the rape and murder of one he knows. Racial profiling also figures prominently in the convictions of David (Darryl Stamp), who has a calling for the ministry from a young age, and Delbert (Danny Cox), who shares with his brothers and sister here only the crime of being in the wrong place at the wrong time.

Gary (Scott Cordes) is from a family of farmers. He’s not sophisticated in the language of the law, which explains how he was tricked into confessing to slitting his parents’ throats. (His alleged crime is the show’s most horrific, but it’s never gratuitously milked for grisly details.) When Kerry (David Fritts) is charged with rape and murder, he happens to work in a Tyler, Texas, gay bar — an irrelevant fact that nevertheless sensationalizes his case and leads, once he’s incarcerated, to his own rape and torture.

The actors playing the exonerated prisoners are uniformly terrific, but I was most impressed by two scenes featuring Armstrong and Fritts. Both of them call up from their reservoirs of theater experience an ability to get teary-eyed in a way that avoids sentimentality. Supplementing the cast are four actors — Kristy Sharon Thomas, Sarah Crawford, Rusty Sneary and Lucian Connole — who play a variety of the title characters’ lawyers, lovers and judicial nemeses. Among these many fine sketches are Thomas’ turn as Robert’s supportive wife and a couple of racist rednecks that Sneary brings into tight focus with appropriate repugnance.

Spencer Musser’s set incorporates cold, steel, prison-issue chairs and tables and, for Cox’s character (the closest thing the show has to a narrator), an overstuffed easy chair accented with an afghan throw. Built into both sides of the stage are jury boxes, where the actors sit throughout the show. It’s not a coincidence that they look rigid and uncomfortable, a contrast to Georgianna Londre’s modest costumes, which look as lived in as the characters.

Cady’s sound and video design are wonderful examples of multitasking; the former evokes slamming prison doors, sirens and gun shots, and the latter often displays haunting, desolate images of the supposed crime scenes. Griffith’s challenge with the lighting design must have been tricky; there are dozens upon dozens of scene changes. What’s most memorable, though, is the quick shock of an exploding camera bulb that accompanies each introductory scene of the six charged. For them, though, the harshest light was yet to come, and it stayed fixated on them long past their overdue freedom.