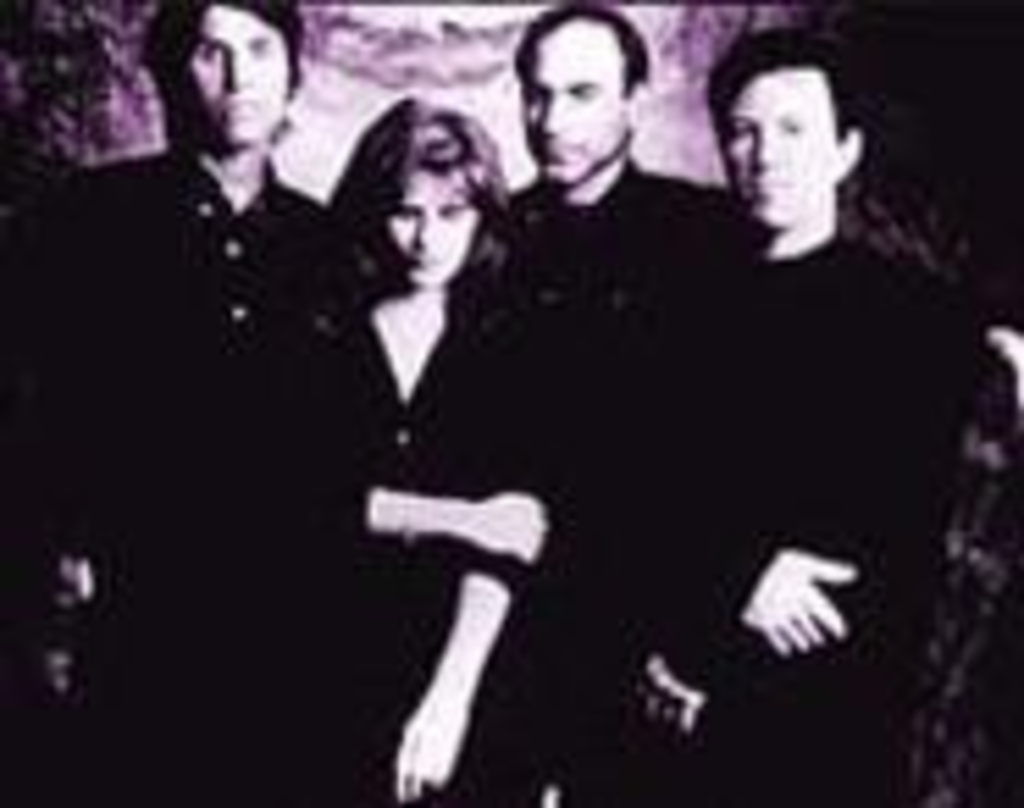 Over the phone, Margo Timmins is upbeat and full of giggles, starkly contrasting with the emotion-wrought sadness she brings to her vocals as lead singer of the Cowboy Junkies. She speaks animatedly about personal subjects ranging from her family to her personality but is not shy about addressing the business aspects of her career.

“I don’t care for numbers,” Timmins confesses when asked about the

response to the Internet release of the group’s latest album, Rarities, B-Sides and Slow, Sad Waltzes. The album was issued via the band’s Web site, www.cowboyjunkies.com, in conjunction with the site’s debut.

“Our fans seem very loyal over the last 16 years,” she says during a recent phone interview from Toronto. “We knew they would be coming to the site, and we wanted to offer something different and unique and maybe a little difficult to find to give it the element of being a treasure. We knew eventually it would go into the stores and, therefore, become like any album, but we wanted to give it something special in the beginning.”

The album was released through the Cowboy Junkies’ own label, Latent Recordings. Although the Canadian band attained prominence on RCA, the Junkies currently are not signed to a major.

The Cowboy Junkies have signed with a distributor to help get the Rarities album in stores, but they are looking to the Internet to help better connect with the fans. “Over the years, major record labels have gotten more and more power,” she says. “(The Internet) will allow bands like us and a lot smaller than us to be able to access the fans and people without having to have a record label. That will allow bands to generate income and continue to play, which means there will be more music out there.

“In the old days, if you went to a local club and saw something you

liked, you wouldn’t ever know how to get in touch with them or how to find their record if that night you didn’t have the 20 bucks to buy their CD. But this way, you get onto their Web site and get the music you want — music that isn’t necessarily sold in the record stores.”

The Cowboy Junkies’ Web site is maintained by the individual band members, who do most of the writing and are heavily involved with its content. In addition to featuring Latent’s catalog, the site includes areas for bootleg trading and the band’s tour diary.

“It seems to be really interactive, and people seem to be coming back,” Timmins says. “What I like about it is the fans themselves are really interacting with each other. They aren’t really relying on us getting involved. When we do tours, people have come up to me and said they got the date off the Web site — which is great that they went to the Web site rather than waiting for the promoter to put an ad in the paper.”

In addition to the band’s close relationship with fans, the Cowboy Junkies’ family ties add a unique twist to the band’s dynamics. Margo’s brothers, Mike and Pete Timmins (guitar and drums, respectively) join her in the group alongside longtime friend Alan Anton (bass). At a time in which most bands last only a few albums, the Cowboy Junkies have persevered for 16 years, due in no small part to the fact that the musicians’ relationships with one another transcend the group.

able to communicate,” she says. “It’s like any relationship, whether husband and wife or boyfriend and girlfriend, you’re together a lot and are making major decisions together, and in order to do that you have to be able to communicate and read each other’s moods. I think because we are family, we probably have a head start with that. The three of us were brought up with the same money values and the same expectations of what we want in life, the same goals, the same value systems. For example, nobody in our band really cares about driving around in limousines or about how many girls are standing outside the dressing room. We don’t really have any of those fights.”

Timmins mentions those types of issues as the main reasons behind band breakups. “We haven’t had those kinds of arguments, which, silly as it seems, are the kind of arguments that lead to members really getting angry with each other (and) having those falling-outs where people quit and stomp out of the room. I really think it’s the sillier arguments that do more damage than the more serious ones.”

Timmins also cites having come from a family of six children as aiding her musical endeavors. And though only three family members are directly involved in the band, Timmins is not without help from the rest of her family.

“My sisters are amazing,” she says. “I’ve never been into clothes or makeup. When my life started to go in that direction and I had no clue what to do, they were there to take me shopping. Even now, when I tell my sister I have no clothes for the tour, she’ll take me shopping, and all of a sudden I have a whole wardrobe that would take me a year to gather.”

Although Timmins is quite feminine on stage in these freshly acquired outfits, she claims she wasn’t a typical girl while growing up.

“I don’t know if I was a tomboy, but I certainly played with my brothers a lot and was never afraid to get hit in the head with a hockey stick,” she remembers. “I just never really made the effort to go out and make a lot of friends. Since I’m in the middle of a large family, there were always a lot of kids around. In school, I was popular. I wasn’t the quiet one in the corner or anything, but I never liked talking on the phone. I like doing things by myself. I like to read, I like to do a lot of needlepoint, I like to be in my house, I like to garden, walk my dog. The things I like to do are very solitary.”

And though being on the road might be a solitary existence, Timmins still looks forward to visits from family members. “It’s really exciting when someone’s wife and kids are coming, especially for me, if it’s another girl,” she says.

Having another girl visit might be a welcome thrill for Timmins, but having another woman on tour with the band was something that took a bit of adjustment. During their last international outing, the Junkies added backup singer Karin Bergquist (from the band Over the Rhine) to the lineup.

“That was the first time in 15 years that I’ve ever had another female on the road, and at first it was kinda weird and a little difficult,” she says. “We’re very good friends (now), but I’ve never in my personal life had girlfriends, and then all of a sudden there was this ‘other woman’ (touring with us) and I really didn’t know what to do. It was very hard at first because I don’t like to shop, but once she figured out what kind of weirdo I am — and I figured out how to be a girlfriend — I really enjoyed it…. And when she doesn’t tour with us, I’m going to be very lonely. It’s been a really good experience for me to realize I can be a girlfriend.”

Despite her introverted qualities, Timmins says that her recent vocal training has helped her come out of her shell a bit, at least creatively. “Prior to taking those lessons, when we’d be working on a song, I wouldn’t even try a new melody or idea in front of the boys,” she says. “I would say, ‘Okay, I’ll go outside and work on this.’ Whenever you take lessons, you have to be extroverted and stand in the room and make all kinds of weird noises. I found it very difficult to do. And so I guess after having done that, then I thought, ‘If I can embarrass myself in a room, then I certainly can sing louder or try a new melody.'”

It was definitely a big step for a woman who wouldn’t even sing in the shower before being asked to join the Cowboy Junkies. Timmins says that if she had opted not to join the band, she’d have taken a much different, but equally enjoyable, path.

Thursday, Feb. 10at The Beaumont ClubFriday, Feb. 11at The Blue Note in Columbia, Mo.