The Disney film is mostly fun, until it takes a weird detour 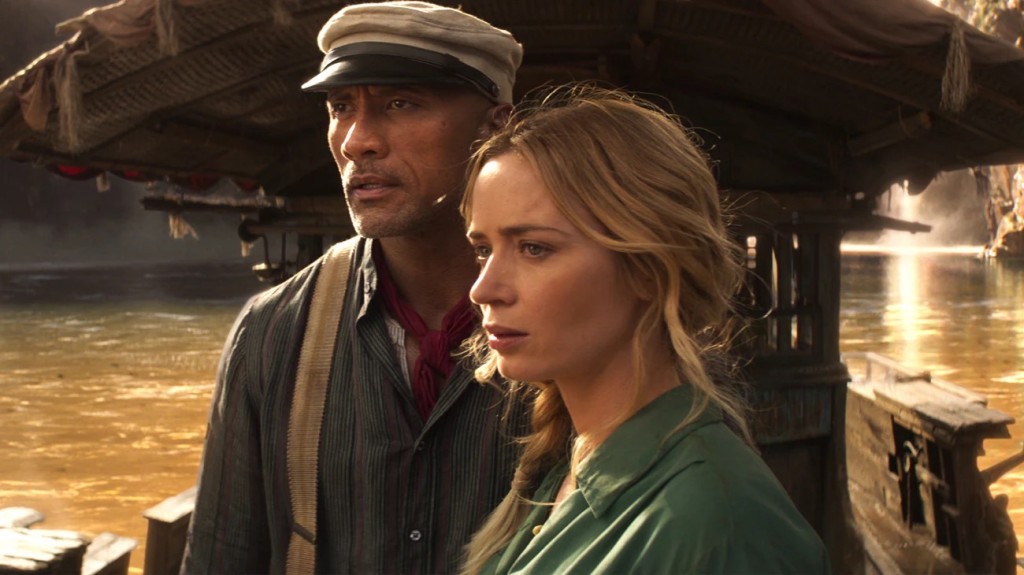 Let’s start with the most important takeaway: Jungle Cruise is two-thirds of a fun movie and one-third of late-entry Pirates of the Caribbean nonsense. While it would be easy to ding Disney’s latest ride-themed movie for not being very original, if it had stuck more closely to the outline provided by movies like The Mummy or Romancing the Stone, it would’ve been fine.

As it is, this movie starts well enough, then slowly veers off the rails before becoming something else entirely, all the while missing out on easy, fun opportunities to make the most of its setting.

Emily Blunt stars as Dr. Lily Houghton, a female Indiana Jones/Evelyn Carnahan mashup living in the early 1900s. Along with her foppish, supportive brother MacGregor (Jack Whitehall), Lily seeks a legendary tree in the Amazon rainforest that can cure any illness. Lily and MacGregor head to Brazil, pursued by a German prince (Jesse Plemons) also after the tree, and hire shifty boat captain Frank (Dwayne Johnson) to take them the rest of the way there. Also involved are a map, a mystical arrowhead, a lot of snakes and the Spanish conquistador Aguirre (Edgar Ramirez)—the very same Aguirre played by Klaus Kinski in Werner Herzog’s Aguirre: The Wrath of God, in case you’re wondering.

For the early part of its two-hour-plus running time, Jungle Cruise hits the beats you’d expect it to with fairly pleasing accuracy. There are lots of fun stunts, quippy dialogue, and actors you’ve seen before giving broad, fun supporting performances (in addition to Plemons’ delightfully hammy German royal, an increasingly sunburnt Paul Giamatti shows up as the slimy owner of a boat tour company).

There are a few ride-based jokes, and epic adventures involving waterfalls and CGI tropical critters. Blunt in particular uses her great comic timing and general game-ness to charming effect and gives us a refreshingly capable female heroine. It’s all a bit predictable and a little too smooth-looking, but enjoyable enough.

Without spoiling too much, just before the film’s third act kicks off, there’s a weird twist that introduces a metric ton of additional lore to a story that doesn’t need it, and the rest of Jungle Cruise gets dragged down under its weight. That sudden change takes the focus away from a colorful setting, missing an opportunity to really dig in and have fun with the inherent danger of a place where literally every living thing wants to kill you.

It feels a little unfair to compare any movie to the popcorn perfection of The Mummy, but given that Stephen Sommers’ movie is Jungle Cruise’s closest analogue (not to mention the first entry in that gave Johnson his silver screen break), the comparison is inevitable. Jungle Cruise takes a similar premise and complicates it unnecessarily, a move that takes away from potential creativity that’s already right in front of us.

The Mummy knew what to do with its desert setting and native population. Jungle Cruise seems more interested in setting up a franchise nobody asked for.