A very tiki Christmas season has popped up inside Julep 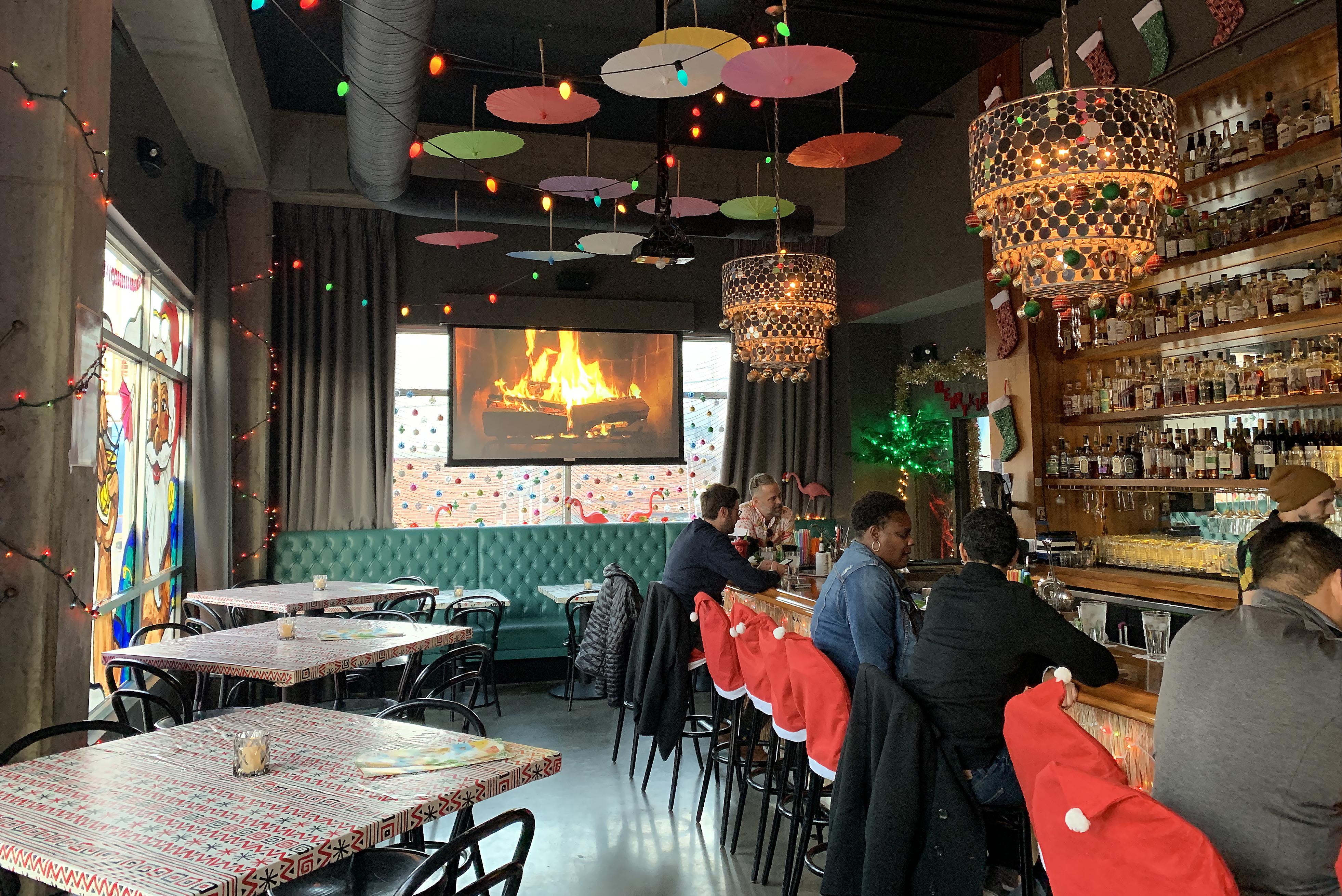 Over happy hour at Julep last Wednesday, a digital fire crackled on a large TV, red Santa hats covered the backs of the barstools, and tabletops were wrapped like Christmas gifts.

On closer look, though, the Westport cocktail bar wasn’t going for a winter wonderland vibe. The Santa in the mural on the window was clutching an umbrella drink. The pillows in the circle booth had parrots on them. Plastic pink flamingos roamed among the Christmas ornaments. Owner Beau Williams wore a short-sleeve Chiefs button-up with sunglasses hanging from the collar. And a tan.

“It’s more of an escapist vibe we’re going for here,” Williams said of Sippin’ Santa, the holiday pop-up concept Julep is hosting through the rest of 2019. 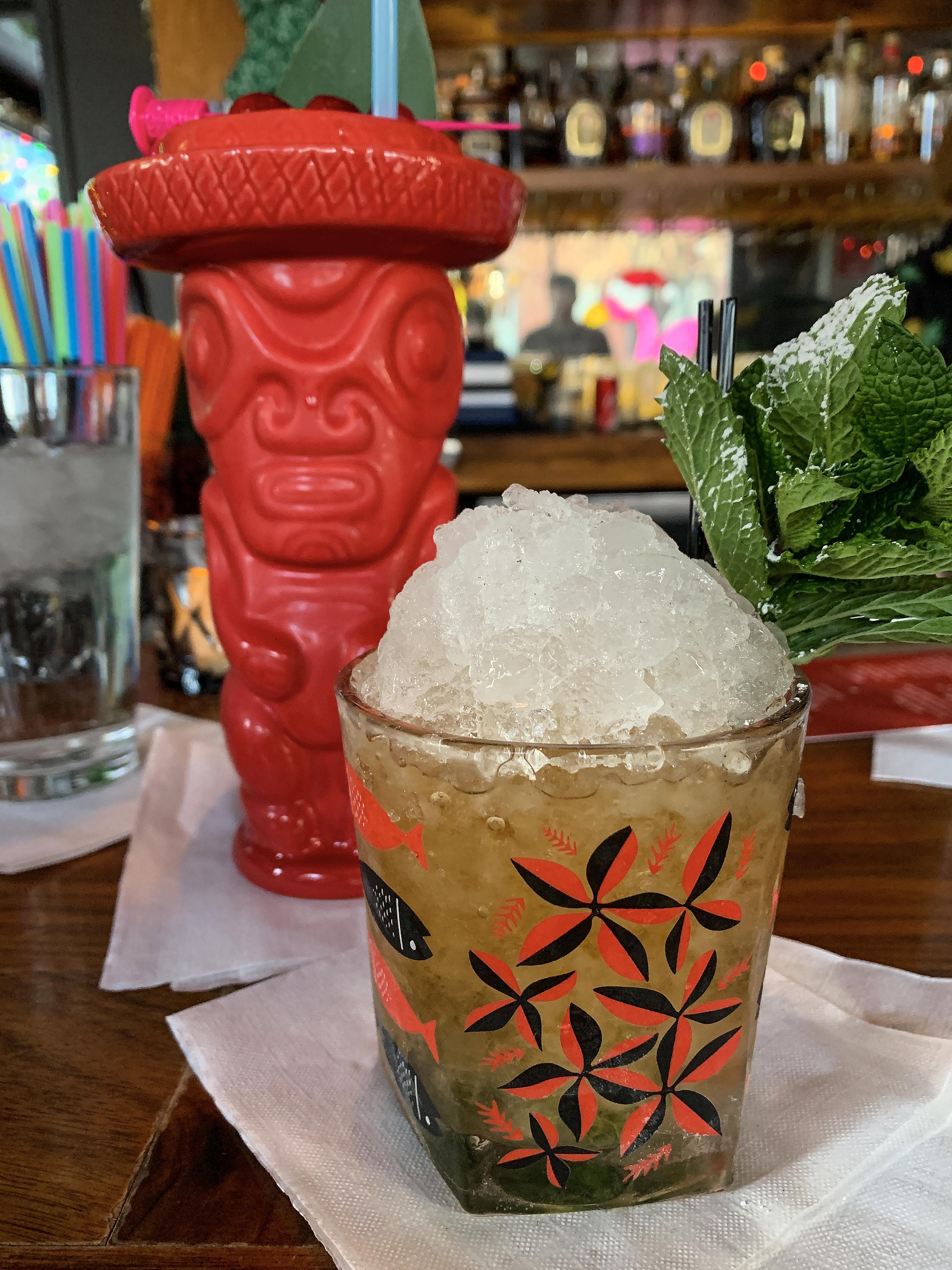 The fruity (but not too fruity) Shaka Kalikimaka (left) and the boozy Christmas Cheer.

Like Miracle—last year’s holiday pop-up bar at Rockhill Grille, which was such a hit that a second Miracle location has been added this year on the Plaza—Sippin’ Santa is a national concept, developed by the New York bar Boilermaker and exported to cities across the U.S. But where Miracle takes a traditional approach to the holidays (cold, snow, classic Christmas Americana), Sippin’ Santa is all about the tropical and the tiki.

Drinks include the Shaka Kalikimaka, which comes in a tall, red, tiki god mug and is made with gin, Allspice dram, lime, falernum, orange and cognac liquer, cranberry syrup, and Herbsaint. (It’s great.) We also tried the Christmas Cheer, a fragrant clump of ice, bourbon, mint, and powdered sugar that sweetened nicely as the ice melted. The Jingle Bowl—an above-ground swimming pool of a drink that serves 2-4 people—looked promising as well.

“My favorite is probably the Christmas Eve of Destruction,” Williams said. “It’s kind of a twist on the Singapore Sling.”

The bar is offering two different specialty drink menus—one developed by Boilermaker, the other by the crew at Julep. Check ’em out below. 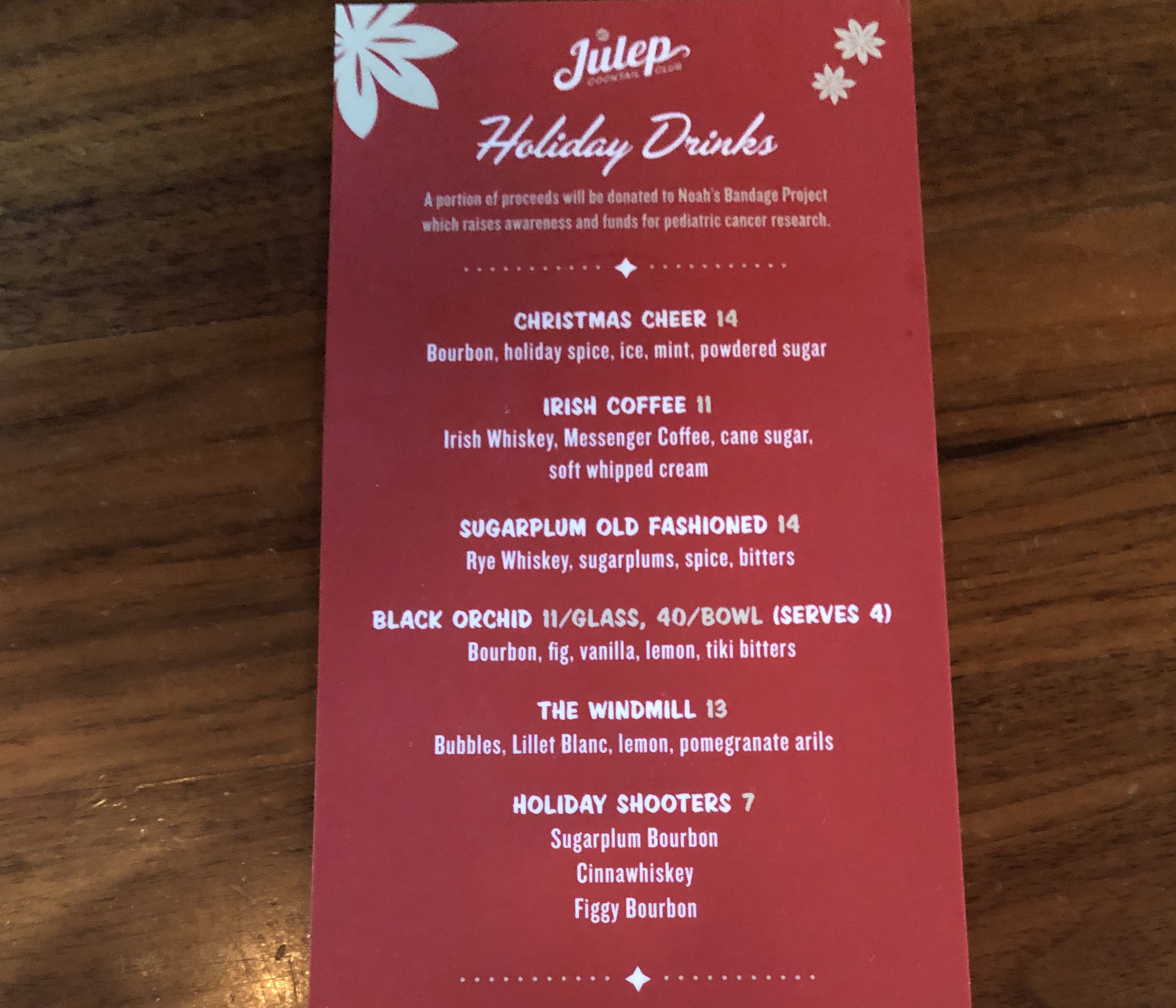 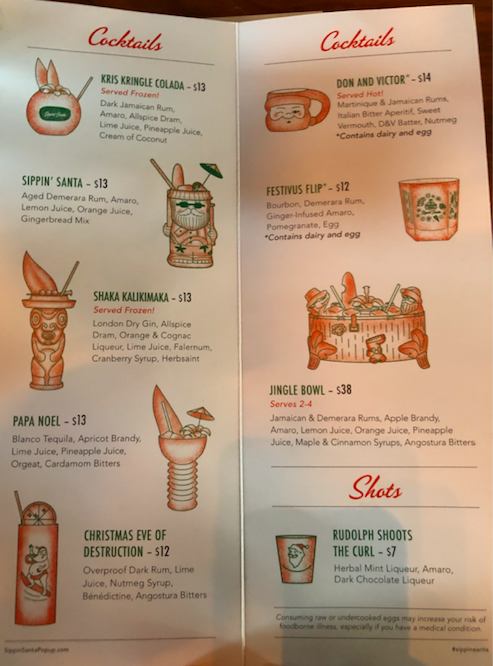