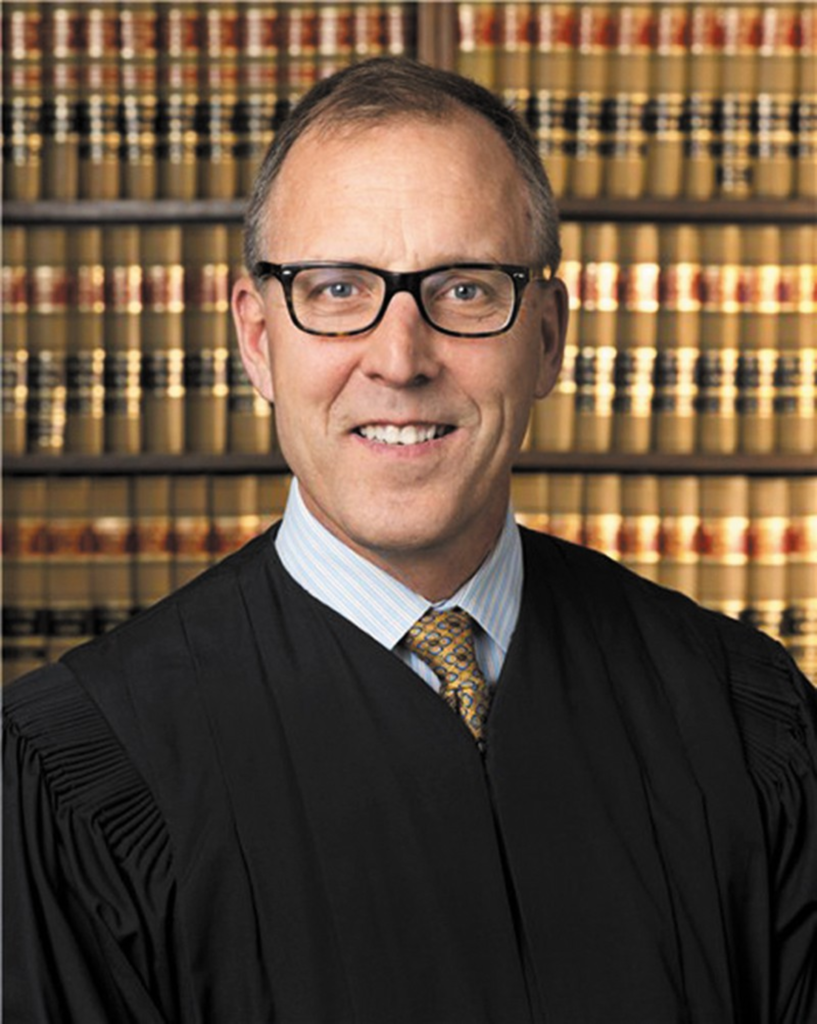 Remarks made by Jackson County Circuit Court Judge Bryan Round during a sentencing hearing July 30 have raised the eyebrows of some legal-ethics experts.

Round was sentencing Nicholas Rose on convictions of careless and imprudent driving and disturbing the peace for an incident last year, in which Rose and several dozen stunt-bike riders were creating a traffic hazard on U.S. Highway 40, near Interstate 70.

According to transcripts of the hearing obtained by The Pitch, Round became angry after discovering that Rose was considering filing a civil lawsuit against the Kansas City Police Department. Rose believed that officer Donald Hubbard used excessive force during his arrest.

Round called Rose “a vulture” and said the defendant “played me for a fool,” according to the transcript. Round sentenced him to a two-week jail sentence and two years of probation.

Several legal experts and local lawyers who reviewed the transcripts say the fact that a defendant is considering a civil lawsuit should never be a factor in a criminal proceeding.

“What the judge did was outrageous,” says Shaun Martin, a law professor at the University of San Diego School of Law. “You can’t sentence someone to prison just because they exercise their right to file a lawsuit. Filing a lawsuit … is expressly protected by the First Amendment.”

Round would not comment for this story. He didn’t say during the hearing how he learned of the potential civil lawsuit.

Rose’s encounter with Hubbard came six months before the officer shot and killed Kansas City firefighter Anthony Bruno during an altercation. The Pitch raised questions about that shooting in last week’s issue (“It Didn’t Need to End This Way,” August 7) and with the release of enhanced video of the fight.

Last week, in a separate case, Bruno’s family filed a wrongful-death lawsuit against the Marriott Hotel and Hubbard, who was working off-duty at the hotel when he shot Bruno.

Round has been assigned to that case.

David Ross, a Boston College law professor, says Round appears to have overstepped his judicial bounds in the Rose case.

“It’s troubling the judge sees he needs to be a defender of the police,” Ross says. “I don’t think it is a judge’s job to protect the police.”

The Rose case has had several troubling aspects, including allegations by Rose’s attorney that evidence was withheld by the KCPD. In addition, videos taken by bike riders of Rose’s arrest appear to conflict with sworn statements by police officers.

“I was shocked at the discrepancies I saw in his [my client’s] case,” says Rose’s attorney, Matthew Rose. (The lawyer and his client are not related.)

Matthew Rose says after police sent him what they said was all the evidence in the case, he realized that some of the video footage of the arrest was missing. Rose says he spoke with the prosecutor, who ordered police to turn over the memory card for all videos taken during the arrest.

“He made sure we got all copies of the … videos,” Matthew Rose says.

In the Bruno case, the KCPD also initially withheld a video of the confrontation from the Bruno family and the media for weeks.

Police officials have declined to comment on either the Rose or the Bruno case.

Last summer, Rose and several dozen bikers, many wearing GoPro cameras on their helmets, rode for miles on Interstate 70 and U.S. Highway 40, creating a traffic hazard. Police were called, and Hubbard was among the officers who responded. Rose was doing a wheelie when he hit the bumper of Hubbard’s patrol car.

Videos show Hubbard bursting from his car, grabbing Rose, who was standing behind the patrol car next to his bike, throwing him to the ground and applying a chokehold.

In his official statement to an officer at the scene, Hubbard claimed that he pulled Rose off the motorcycle as Rose was trying to flee and that Rose used his helmet to try to hit Hubbard.

However, the videos show Rose standing behind the patrol car, not attempting to flee or hit Hubbard with his helmet.

A witness also told police that he did not see Rose trying to hit Hubbard. An official report, written by a department detective, said the witness statement corroborated Hubbard’s story and that Rose attempted to hit Hubbard multiple times.

Based on the detective’s report, Rose was charged with assault on a law-enforcement officer, resisting arrest, disturbing the peace and careless driving.

Rose decided on a trial by judge and not a jury. As the trial began this summer, Keithley Lake, then the Jackson County assistant prosecutor, asked Round, who had been assigned to the case, to dismiss the felony assault charge. The judge complied.

Lake gave no explanation why he wanted the assault charge dropped and would not comment for this story.

The witness to the arrest was not called to testify.

Nicholas Rose’s trial, which the Bruno family attended, was among the first presided over by Round, who was appointed to the bench in February.

In the transcript of the trial, Round did not explain why he believed Rose was resisting arrest. The judge did tell Rose that he believed Hubbard did nothing wrong.

Round also told Rose that he would give him a break and find him not guilty on the resisting-arrest charge. That decision was made because Rose had told the judge that he was finishing a criminal-justice degree and was planning to work in law enforcement.

“I do think a charge of resisting arrest could have a significant impact on your ability to find work in the field that you profess to want to go into,” Round told Rose.

But at the sentencing hearing seven weeks later, Round announced that he had learned Rose was considering a lawsuit against the police department, and he also acknowledged that he knew other lawsuits might be brought against Hubbard.

“If I knew then what I know now about your intention to bring suit, you wouldn’t have had the resisting arrest charge dismissed,” Round said. “And I told you that I didn’t believe that from viewing the video tapes that officer Hubbard did anything wrong in that situation. I guarantee you would have been found guilty on the resisting charge if I had known that your ulterior motive was to bring a lawsuit.”

Round added that he wanted to testify as a witness against Rose if he did bring a civil lawsuit against the department.

Boston College professor Ross says Round, in his capacity as a judge, is not permitted to testify as a witness in court cases. He adds that Round wasn’t a witness to the incident between Rose and Hubbard.

“If the judge thinks he could potentially be a witness, it’s shocking that he is a judge,” Ross says. “It’s a shocking, baseless threat in order to intimidate someone.”

Lawyers who were at the hearing declined to comment about Round’s remarks. That’s likely due to concerns for future clients, should they have to go before Round, Ross says.

“It is the sort of thing for a disciplinary body to investigate,” Ross says. But he adds that it’s difficult for lawyers in Kansas City to file such a complaint. “The judge seems to have raised doubts of impartiality. Would you be willing to risk the welfare of your clients?”

One lawyer, who was not at the hearing, tells The Pitch that word of Round’s comments traveled through the legal community “like crazy. Everybody is talking about it.”

In addition to receiving two weeks in jail for careless driving and disturbing the peace, Rose, who lives in Omaha, was placed on probation for two years. The judge ordered him to perform 100 hours of community service. And Rose has to report, in person, to a Kansas City probation program each month for one year. Depending on his compliance, the reporting could be reduced in the second year to every other month.

Round also ordered Rose not to drive a motorcycle for two years. If Rose is caught riding one, he could go to jail for a year or more.

Law professor Martin says judges historically have a great deal of discretion in sentencing and have the responsibility to take their obligations seriously and “avoid personal frustration and anger.”

“The judge here failed that duty,” Martin says. “He let personal whim and preference get in the way of justice.”