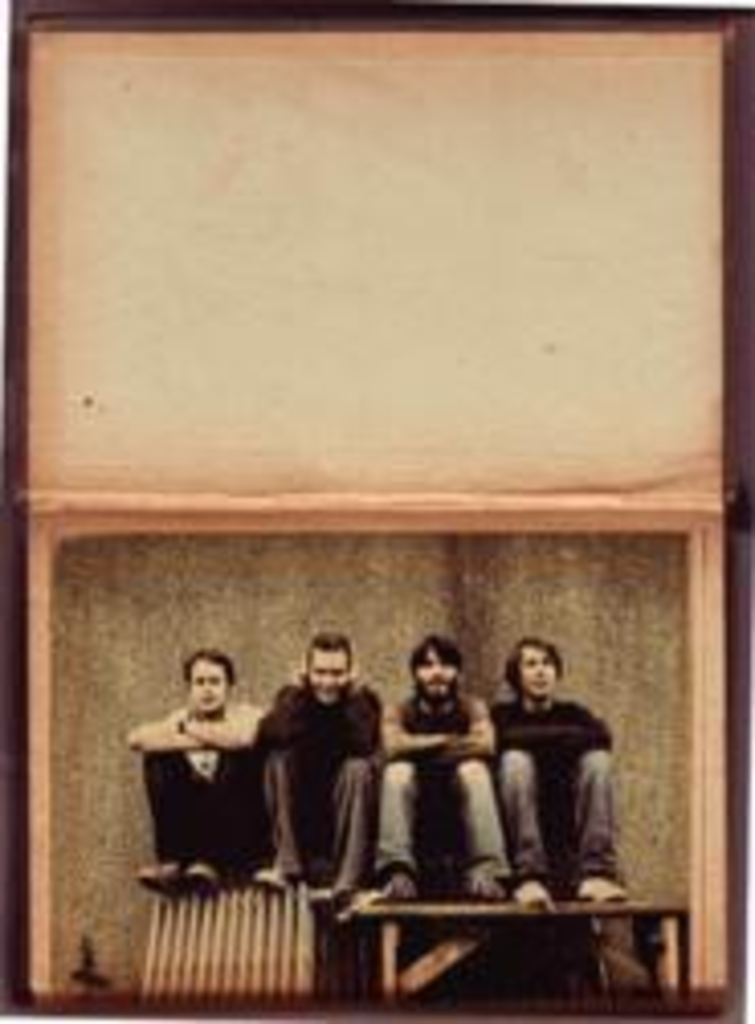 Flying sucks. This, of course, is no great observation. We’ve all cursed the interminable lines and inexplicable delays that lead us only to cramped coach seats on Almost Bankrupt Air. But these irritants cause us to lose more than our sanity: Gone is an appreciation of the raw power required to lift us into the air. Gone is the childlike wonder that we are aloft and seemingly weightless.

Power and wonder. This same combination made Sigur Rós a revelation to many listeners when it released its second studio album, 1999’s Ágætis Byrjun. The heretofore unknown Icelanders suddenly found themselves opening for Radiohead and selling out theaters on their own.

Simply put, it sounded like no other band, ever. The group amplified the basic guitar-bass-keyboard-drums structure with made and found sounds — strings; horns triumphant and jazzy; submarine rumblings and sonar pings; what resembles drunken old men in a beer hall, singing along while hoisting their steins — and arranged tunes with wide-eyed awe, as though Sigur Rós had discovered something more transcendent than mere music. Swirling above it all was the ethereal voice of Jón Birgisson, so stunning that it didn’t matter that no one knew exactly what he was singing.

Three-plus years ago, however, upon the release of its untitled third album (or ( ), as it came to be known), the members of Sigur Rós found themselves in a holding pattern. Recorded after many of its songs had already become live staples, ( ) was restrained, even cold. The music was stripped of all indulgence, and Birgisson sang all tunes in “Hopelandic,” a made-up language that, in practice, might as well have been the same three or four syllables repeated again and again. The album, keyboardist Kjartan Sveinsson admits, was “quite heavy.”

“There were so many things going on at that time,” Sveinsson says. “For the band and personally, with everyone getting into this music-business thing, touring, all that — everything was getting kind of heavy for us. I mean, we’re just four boys from Iceland.”

In the video for “Glósóli,” a majestic song from Sigur Rós’ new album, Takk, a ragtag group of children marches to a martial beat across a blasted, volcanic landscape, the excitement and curiosity in their faces conveyed by glittering keyboards and gently sweeping guitars. The children halt before an imposing promontory, and as they consider the obstacle, the beat speeds up and keyboards, guitars and Birgisson’s falsetto begin to coalesce. Suddenly, the song explodes into an engine roar of overlapping guitars, and the children, shouting with joy, race up the rock face, leap into the air — and fly.

“Glósóli” is the perfect introduction to Takk, which finds Sigur Rós striking a perfect balance between the intricate songcraft of ( ) and the joyful play of Ágætis Byrjun. “Gong,” for example, is as tight and driving as anything in the band’s catalog, a sure-fire hit in a just universe. On the other hand, an oompah band crashes the long, lilting “Sé Lest,” marching into the song from the right speaker, hanging around with the band for a minute and then marching out through the left speaker. And the video treatment for the bright, piano-driven single “Hoppípolla” features senior citizens rampaging through their neighborhood like children, splashing in puddles, tossing firecrackers and pretending to be pirates.

In other words, Sigur Rós is having fun again.

“[Recording Takk] was great fun,” Sveinsson confirms. “We hadn’t written songs for such a long time, we hadn’t really … been a band for quite a long time, so we were all really excited about getting together and writing songs.”

The band didn’t need time apart after recording and touring behind ( ) as much as it needed perspective. “When we did them [Ágætis Byrjun and ( )], we’d been so busy touring, and it was all kind of depressing,” Sveinsson explains. “[Now] we’re more just grown and matured a bit, I think, and when we got together to write this album, we had so much fun. I think that’s reflected a bit on the album as well.”

Even the album’s title can be seen as an expression of the band’s growth. Takk means thank you in Icelandic, and as Sveinsson says, “We’re very grateful for where we are at the moment and what’s been achieved. It was a thank you to everyone — to us included.”

Flying sucks, but when you are an acclaimed band that calls Iceland home, it’s unavoidable. Sigur Rós is now undertaking a monthlong tour of the States; the band travels to Japan, New Zealand and Australia in April. Will the same exhaustion that plagued the recording of ( ) strike again?

Sveinsson doesn’t seem to think so. He’s still excited to play the new material live. At the very least, he says, now having four albums of material from which to draw allow Sigur Rós to make each of its shows different from the last — an important factor for a band whose material is so complex (in both arrangement and execution) that its members have almost no room to alter the setlist in the middle of a show.

Perhaps more important, Sigur Rós has scheduled several short tours behind Takk rather than one long slog, and its members are keeping busy on new projects in the meantime. In fact, Sveinsson reveals that the band has already completed work on a new EP, likely to be released sometime in the next few months, which he describes as “different … just [us] working in a control room more than writing songs and working on some sequences we have stolen from ourselves. [It’s] more computer work than anything, not just the regular drums, bass and guitar.”

Long flights notwithstanding, going back out on the road does offer Sigur Rós one advantage. “It’s very dark in Iceland right now,” Sveinsson says. “So it’s good to get out of here.”