Journalists at The Kansas City Star are unionizing 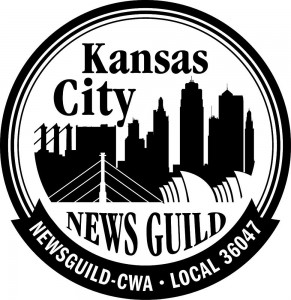 Journalists for The Kansas City Star began forming a union today, May 10. The union, called the Kansas City News Guild, aims to bring accountability and give journalists a voice in their newsrooms.

The Kansas City News Guild will represent 40 journalists—all of whom want to represent their community better by fighting for safety, diversity, and vibrancy in the newsroom. Those in the union organizing committee are asking local management of McClatchy, the organization that owns The Star, to voluntarily recognize the union. An overwhelming majority of eligible staffers at The Kansas City Star signed cards voicing their desire to be represented by the Kansas City News Guild. Before filing the cards, the organizing committee hopes to be voluntarily recognized first.

“We think it’s important for those who produce The Star’s content to have a collective voice in helping set the agenda for the area’s largest news source,” said reporter Mike Hendricks, one of the longest-serving members of the staff. “We’re part of this community and want to see The Star and Kansas City continue to thrive.”

Good morning, Kansas City! We are here together as journalists of the @KCStar, proudly carrying on a newspaper tradition that has served the Kansas City community for more than 140 years. To protect and preserve that tradition, we have united to form the @KCNewsGuild. pic.twitter.com/EFWe9UjZIw

The union is fighting for fair wages and benefits, a newsroom that helps foster professional growth, and a newsroom as diverse as the community it serves. In the mission statement for the Kansas City News Guild, the organizing committee says, “Our newsroom should be a place where all are valued and have a voice in the future of the company, despite the uncertainty of the industry.”

The Star filed for bankruptcy last year and the publicly held company was sold to Chatham Asset Management, its largest creditor. Chatham told the bankruptcy judge that the new, privately owned McClatchy would not make job cuts in its first year of ownership. However, many job cuts have already taken place in parts of the company. The union is most importantly fighting for a voice in the future of the company, acknowledging that many of those job cuts would not have happened had the union had a seat at the table.

“We’re uniting to protect the future of The Star, whose journalists work tirelessly to keep our city and region informed,” said reporter Luke Nozicka, who has been on staff for two years.

Once unionized, the union representing The Star will become a unit of The NewsGuild-CWA, the nation’s largest union for journalists and other news industry employees. The union, formerly known as The Newspaper Guild, was founded by journalists in 1933. The NewsGuild-CWA represents over 24,000 journalists and communications professionals in the U.S. and Canada. Represented publications include The Washington Post, Chicago Tribune, The Indianapolis Star, The Miami Herald, and Chicago Sun-Times.