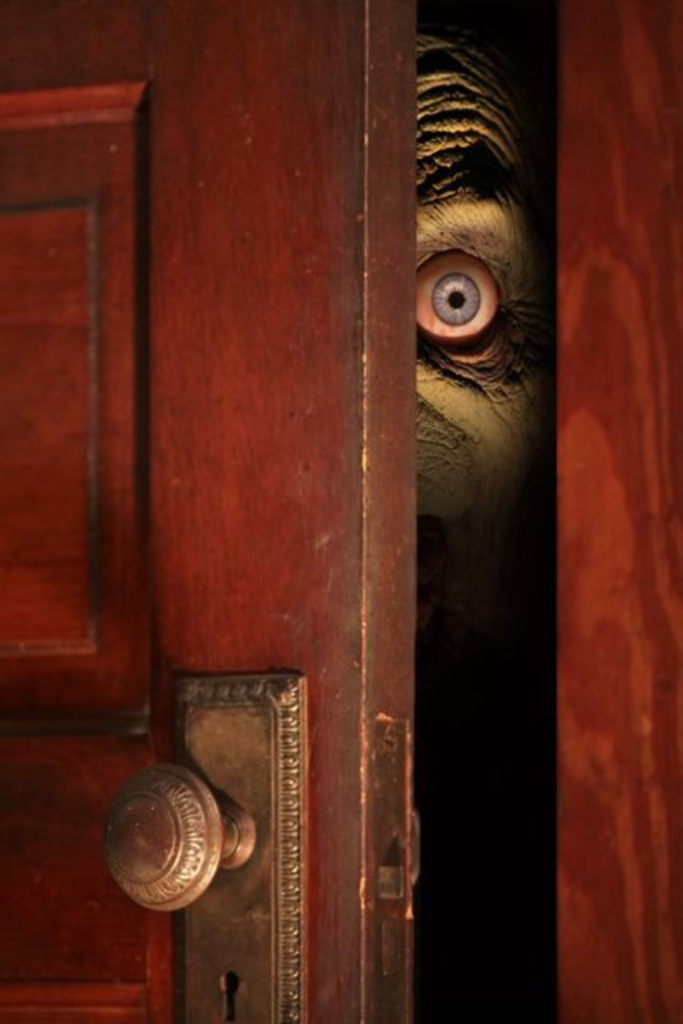 Joshua Hoffine knows what creeps you out because it’s essentially what makes anybody’s skin crawl. But what he does with fundamental childhood fears is masterful. His photographs are, simply put, captivating. And now, he’s about to debut his first short film.

Hoffine’s visual storytelling skills stem in part from a childhood spent devouring classic horror films. “My mom took us [Hoffine and his sisters] to Poltergeist, and it blew our minds,” he says. “We would play Poltergeist like it was a game – my little sister would get sucked into the fan, and we had to go in and get her from the other side. When I did get into horror as an adult, it made me feel like a kid again.”

To celebrate Hoffine’s Black Lullaby, which doubles as the conclusion of his photo series After Dark, My Sweet, the Screenland Armour is showing the hometown artist’s movie at 8:30 tonight, just before a Night of the Living Dead screening.

The Pitch: How did you create After Dark, My Sweet?

Hoffine: I started making the photographs 10 years ago. I made a dozen photographs that dealt with childhood fears. I kept thinking that a movie could allow me to go even bigger with this basic horror idea. To prove that I could do a movie, I started thinking about doing a short film.

I got the footage with my daughter when she was still young, in 2005. I didn’t know how to finish the film. I had it all photographed, but I didn’t know any film or makeup people, and I had everything finished but the last shot. It sat unfinished for a long time as I started making more photographs dealing with other subjects. Now, though, I have more opportunities to make a movie, so I thought, I better finish this. I did a Kickstarter campaign, got my special-effects man to make the monster for me, and then I knew enough people that I could finish the sound, and everything else. I finally have it done.

How did you meet the people who helped you finish the film?

I met my friend Bob Barber, who plays the monster, through my dad. I saw his face and I asked him the next day if he would be willing to be in a photograph. He was thin enough to play the boogeyman. I met Anthony Kosar, my makeup artist, two years ago. We worked together on a few other of my projects, and in the middle of a commission, he made the monster for the end of my movie, and I was able to shoot the missing scene that had always escaped me.

Did your daughter’s young age remind you of those childhood fears we all still have, and make you want to explore that?

I was reading fairy tales to my daughters every night, and I fell in love with the archetypes. I wanted to make photographs based on these fairy tales. When I was starting this project, I ended up rereading Danse Macabre by Stephen King. In that book, he suggests the idea that horror films are modern fairy tales, and it clicked. Many of the same archetypes – from ogres to witches, and so forth – show up in both cases. And this was right after 9/11, so fear was a topic that was everywhere. The subject of fear became really interesting to me.

With the short film, it was a desire to see if I could get a scare with a moving camera. Building up tension and cutting away just the moment before impact. Luckily, I had Chloe. She was only 4 when she did all those shots with me.

Were there any bumps along the way trying to create something with a film camera versus a still camera?

What got interesting were the camera movements. I didn’t have any stuff, so I got inventive. We found countertops on the curb that became our runway. We made a route for the camera with soft fabric to slide it along, with twine and pull rods, to get a fake dolly movement. Almost every shot ended up getting guerrilla’d together somehow, with two-by-fours, wheelchairs and things like that.

Do you have a favorite still from the series?

What made you want to examine fear and vulnerability through horror?

I think that’s what interested me the most: the universality of some of these ideas. And coming from it from a direction of understanding archetypes and some understanding of how psychology works sort of led the decisions I made. Not only which story is the most cliché but also trying to figure out, maybe, just right underneath, what that story might really be about.

The more common the fear is, and the more familiar the story is, the better it is for me. Unlike a movie, where you have a beginning, a middle and an end, and all the room you need to explain yourself, a photograph can get to the point so much more quickly if we are both on the same page as to what I’m talking about. I’d rather give you something to meditate on. I want to get the emotional point across first and then make it so clear that you lean on it and start to notice the details, [until] you wonder, “What do you mean by that?”