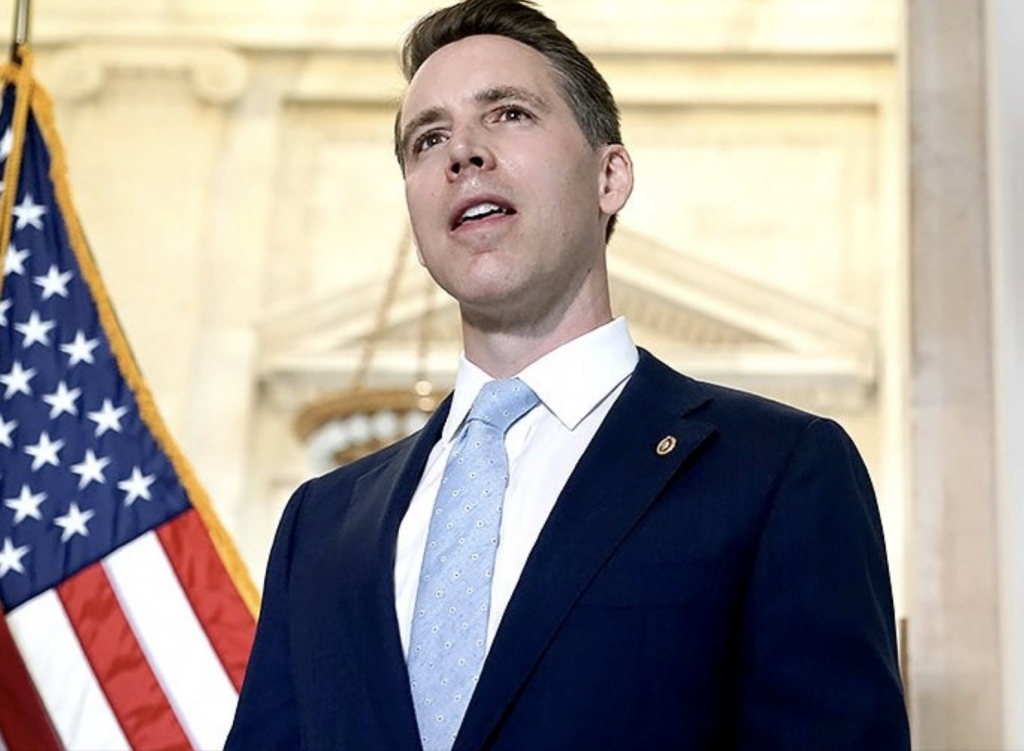 Missouri Republican Sen. Josh Hawley joined with two of his GOP colleagues on Monday to file an amicus brief with the U.S. Supreme Court asking it to overturn the 1973 Roe v. Wade decision that legalized abortion.

Hawley, a Yale Law School graduate and former Missouri attorney general, has said before that he could only support Supreme Court nominees if they agree with him that Roe v. Wade was wrongly decided.

Now, along with GOP Sens. Mike Lee of Utah and Ted Cruz of Texas, Hawley has filed a brief in a Mississippi case weighing whether state laws that ban abortions before fetal viability are constitutional.

The case centers around Mississippi’s ban on abortions after 15 weeks of pregnancy. The state originally argued the law complied with existing precedent. But last week, Mississippi’s argument was reframed to ask the court to overturn its decision in Roe that women have a constitutional right to terminate a pregnancy before the fetus is able to survive outside the womb.

In addition to Roe v. Wade, Hawley is asking the court to overturn Planned Parenthood v. Casey, the 1992 decision that said states may not impose an “undue burden” on the right to abortion before fetal viability.

“Roe and Casey should be overruled,” Hawley’s brief says, “and the question of abortion legislation should be returned to the states.”

“This is what it looks like when those elected to serve us, abandon us,” she said. “Sen. Hawley’s amicus brief is one more attempt to bring Missouri’s dire public health realities to other states across the country. Heed our warning. Today it’s Missouri and Mississippi, tomorrow it could be any other state.”

The argument is playing out while a federal appeals court considers the constitutionality of Missouri’s even more strict abortion ban.

In 2019, state lawmakers approved a bill criminalizing abortions after eight weeks of pregnancy, with no exceptions for rape or incest. The wide-ranging bill also bans abortions if they are being sought solely because of a prenatal diagnosis, test, or screening indicating Down Syndrome or the potential of Down Syndrome in an unborn child.

A three-judge panel of the 8th U.S. Circuit Court of Appeals in St. Louis deemed the law unconstitutional in early June. There is nothing an individual can do under Missouri’s law to obtain an abortion after the eight-week cutoff, the ruling said, creating an undue burden that makes the law “categorically unconstitutional.”

But in an unusual move, the appeals court decided to review that decision, putting the case before all 18 judges of the 8th Circuit Court. An injunction blocking the 2019 law remains in effect.

Missouri Attorney General Eric Schmitt, who is running for U.S. Senate, had vowed to appeal the original decision to the U.S. Supreme Court.