The copyright holder of the original image sent a cease-and-desist letter to Hawley’s campaign last week. 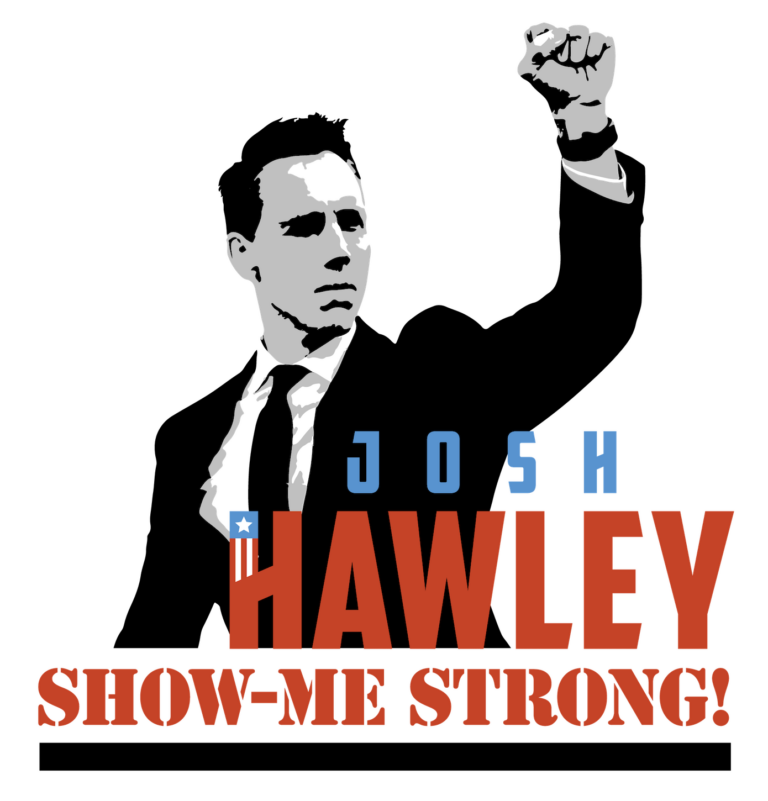 Missouri Sen. Josh Hawley’s campaign will continue selling merchandise featuring a photo of him pumping his fist in support of protesters the day a mob stormed the U.S. Capitol to overturn the outcome of the presidential election.

The photo in question was taken by a photographer for an energy and environment trade publication owned by Politico. Hawley’s campaign began last month selling coffee mugs and other items featuring an illustrated version of the photo.

“We do not authorize its use by the Hawley campaign for the purpose of political fundraising, which the campaign has been put on notice of by legal counsel,” Politico spokesperson Brad Dayspring said.

In response, Hawley’s campaign sent out a press release Friday saying the image fell under “fair use” laws.

“The image used on the mug is a protected fair use and the Hawley campaign’s speech is further protected by the First Amendment,” wrote Jessica Furst Johnson, Hawley’s campaign counsel, in a letter sent to the media. “Neither the campaign nor Sen. Hawley will engage in self-censorship to placate the legally baseless demands of your client.”

Taken as Hawley was entering the U.S. Capitol on Jan. 6, 2021, the photo shows him raising his fist in support of demonstrators who had gathered to protest the certification of Joe Biden’s Electoral College victory.

Hawley had a few weeks earlier announced he would object to the certification when Congress convened to ratify the results of the 2020 election. When the day finally arrived, he was greeted as a hero by protesters.

Later in the day, however, the protests turned violent, with a pro-Trump mob forcing its way into the Capitol and on to the floor of the House and Senate, endangering lawmakers, staffers and reporters who were evacuated to an undisclosed location.

Congress was able to eventually reconvene and certify Biden’s victory, though even after the day’s violence Hawley continued to argue Pennsylvania’s electoral votes should be disqualified because he believes a 2019 law approved by the state’s Republican legislature and sustained by the state’s supreme court violates the Pennsylvania constitution.

Hawley faced accusations that his rhetoric and actions in the days leading up to the certification vote contributed to the violence.

Among the loudest critics is his political mentor — former U.S. Sen. John Danforth — who said working to get Hawley elected to the Senate in 2018 “was the worst mistake I ever made in my life.” State Rep. Shamed Dogan, a Republican from Ballwin running for St. Louis County executive, tweeted that he regretted voting for Hawley in 2018.

For his part, however, Hawley has always defended his actions on Jan. 6, telling the Washington Post that the demonstrators he encountered when he was captured raising his fist were peaceful.

“Some of them were calling, so I gestured toward them,” he said. “They had every right to be there… When I walked by that particular group of folks were standing there peacefully behind police barricades.”

In the year since the Jan. 6 insurrection, the stolen election lie has continued to grow in power within the GOP base, fueled by the former president and his supporters working to cast doubt on the outcome of the 2020 campaign.

Many Republicans have also begun to downplay the significance of the Jan 6 violence that resulted in five deaths. The Republican National Committee voted to censure GOP members of Congress who participate in an inquiry Jan. 6, saying the probe amounted to persecution for “legitimate political discourse.”