Josh Hawley mines a lie for the coal industry 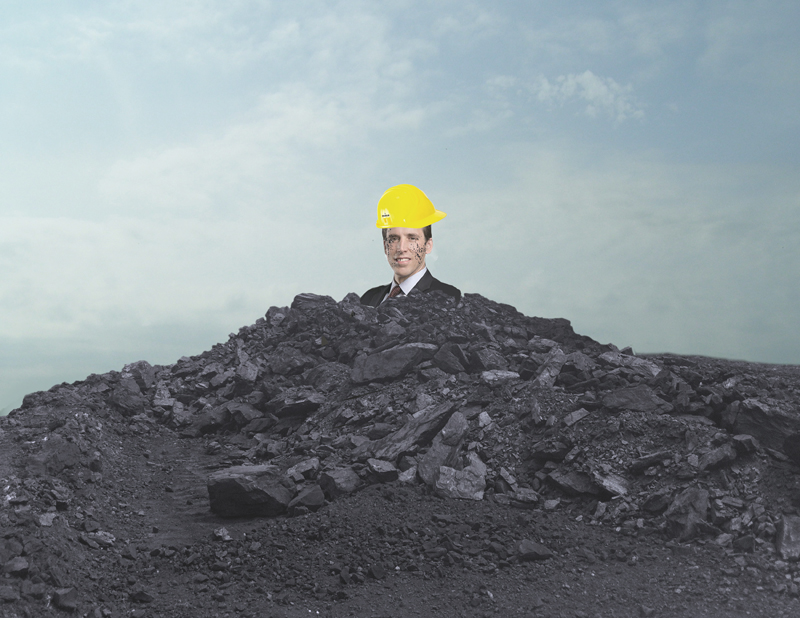 Missouri Attorney General Josh Hawley took a victory lap last week after a race that had been effectively canceled.

Such as it was, this win wasn’t Hawley’s.

Hawley felt he could take credit because, in January, he had joined with 12 state attorneys general in filing suit to block the rule. The lawsuit became moot once Congress and the president acted on behalf of their friends in the coal industry. Hawley did a twirl on the courthouse steps anyway.

“This is a great victory for the people of Missouri,” he stated in the news release. “My office took on the federal government to protect working families in our state from soaring energy costs, and we won. We sued the government to stop this regulation, and late last week Congress and President Trump responded by repealing it. I commend them.”

That Hawley parked himself in the winner’s circle for decisions made in Washington is not the only dubious aspect of the news release.

Let’s start with his statement’s assertion that the Stream Protection Rule “would have raised energy costs for all Missourians,” which runs counter to the facts.

Hawley’s news release falsely claims that four-fifths of Missouri’s energy comes from coal. Coal fuels almost four-fifths of the electricity generated in Missouri. But electricity is not the only source of energy. Most homes in the state are heated with natural gas. Most cars and trucks run on gasoline.

And the Stream Protection Rule was hardly poised to send energy costs “soaring.” The U.S. Office of Surface Mining estimated that, under the rule, the coal industry would incur annual compliance costs of $52 million — pennies, by the time the bill gets passed down to households and businesses. The U.S. Office of Management and Budget does not consider a rule to be “economically significant” until it crosses the $100 million threshold.

Even if that compliance price tag still sounds high, though, the rule may not have had much effect on energy prices in Missouri.

A report on the Stream Protection Rule by the Congressional Research Service states that nearly half of the expected compliance costs would have fallen on coal mining operations in Appalachia. Missouri does not rely on Appalachia for its coal. Most of the coal consumed in Missouri arrives by rail from Wyoming, according to the Department of Energy.

Data maintained by Appalachian Voices, an environmental nonprofit group, indicate that no power plants in Missouri have bought coal from the central Appalachia coal region since 2010. The lone buyer, a municipal power plant in Columbia, closed in 2015.

Braden Lusk, the chair of mining and nuclear engineering at Missouri S&T, doubts that anyone knows for certain how the rule would influence energy costs in Missouri — or any other state, for that matter.

Lusk says that, while it’s true that Appalachian operations would shoulder most compliance costs, coal is a commodity market. “This means that pressure on one basin actually does have an effect on other basins,” he says. He also notes that many big coal companies have operations in multiple states.

In any case, increasing production from the Appalachian region will be difficult, Lusk says, because of factors unrelated to the stream rule, such as the reduction and closing of rail spurs and other infrastructure.

Such nuance was absent from Hawley’s news release, which packs a lot of nerve into its three paragraphs. In it, Hawley plays to his Republican base by bashing President Obama. He takes credit for actions taken by others. And he makes dubious statements about the benefits to his constituents while casually disregarding the sensibleness of making it harder for coal companies to pollute streams. (The Sierra Club called scrapping the Stream Protection Rule “indefensible.”)

The Pitch asked Hawley’s office to provide more information about the cost savings he had purportedly “won” for consumers. None was provided.