Josh Berwanger gives himself an Exorcism 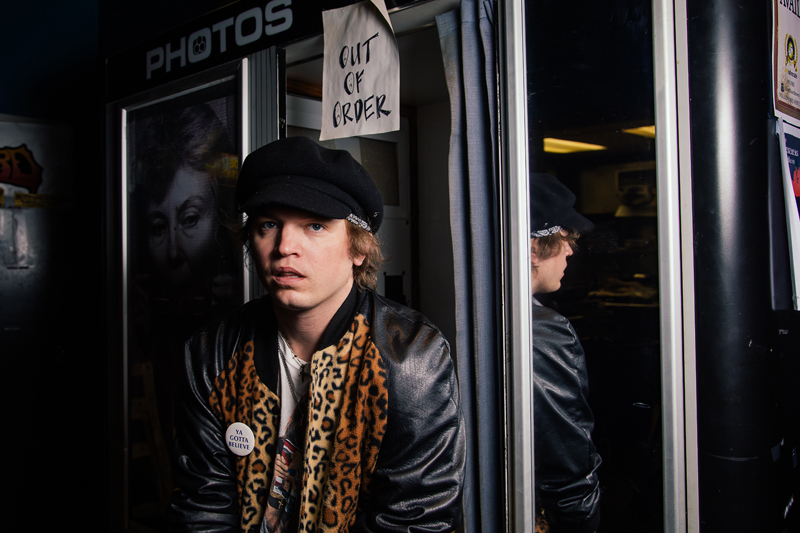 Josh Berwanger has been underground forever. He’d like to get out at some point.

This week, the local guitarist and songwriter reaches for the light with Exorcism Rock, his second full-length with his eponymous band. It’s a record he hopes will propel him into some bigger, better rock-and-roll strata.

But at the moment, he’s at the Burger Stand in Lawrence, nursing a medium-spicy bloody Mary in an upstairs booth by a giant television. It’s a Sunday, and Berwanger is at ease, dressed in black, his head covered, Axl Rose-style, by a black bandanna under a black, backward-turned trucker cap. He just moved back to town, after a number of years in the Kansas City suburbs. It’s good to be closer again to things he cares about, he says, in the place where his underground life began.

Lawrence was home to the Anniversary, which remains by far Berwanger’s most well-known affiliation — though it released its last proper studio album 14 years ago and its members hadn’t stood on a stage with one another for more than a decade before they began playing reunion shows this year. Berwanger has spent the past month or so on the road with his old band, which was a staple of the Midwest indie-rock underground during the second half of the 1990s and into the early 2000s. On this most recent tour, which ran through September and stretched along the East Coast and through the Midwest before landing back in Lawrence, some gigs overflowed with fans, 10,000 or more.

Everyone’s heart was in it. “There was no questioning it at all,” Berwanger says. “You can tell if someone’s enjoying themselves or not. Or if someone doesn’t want to be there. They [audiences] could tell that we wanted to be there.”

To his eye, those audiences spanned a few demographics — some younger folks, some older, but generally, Berwanger says, 30-somethings who had come of age during the heyday of Midwest emo.

This was the band’s core constituency, but the Anniversary was never really emo — at least, Berwanger and the rest of the group never intended it to be. Emo was a label that sprung up around the band and enveloped it, but the Anniversary always aimed for straight-ahead rock and roll. The band’s second and last record, Your Majesty, dropped whatever pop-punk pretenses might have lingered in favor of big riffs and layered grooves. It signaled a clear, new direction, and the band appeared poised to shed whatever baggage came with the emo label.

Then, in 2003, after already tracking a handful of demos for a third album, the band broke up.

Thirteen years later, the Anniversary packed rooms almost purely on the back of its cult-status freshman album, Designing a Nervous Breakdown, drawing crowds it hadn’t mustered when it was a living, breathing band.

And even as he enjoyed that hurrah, Berwanger was preparing to release a record built largely around the kind of big rock riffs his first band seemed set to have championed, had it remained intact.

Exorcism Rock is the kind of record few guitar bands make anymore. It’s filled with songs envisioned for the barroom and the arena, with undertones of folksy twang and more hand-clapping than any album released this year. On the record, Berwanger does his best to channel Tom Petty and Elvis Costello, both in the tilt of his voice and the pacing and variety of his songs. Lyrically, he delves into a different songwriting tradition — one recalling the braggadocio and swagger of 1980s Los Angeles and delivered with the narrative emphasis of some of Berwanger’s favorite albums — Appetite for Destruction and London Calling.

Of course, part of being an underdog is that you still have a chance to win. Berwanger wants that, whatever it looks like. After sitting on the record for two years, Berwanger struck a deal with Doghouse records, a big indie label that’s theoretically ideal for the band. The previous Berwanger release, last November’s Demonios EP, arrived on KC’s High Dive Records; Berwanger says he loves the folks at High Dive, but he wanted the support and distribution a bigger label could provide. He’s spent enough time in the underground, and after seeing the crowds at those Anniversary shows recently — boy, he sure could stand to see those same faces on the Berwanger tour. 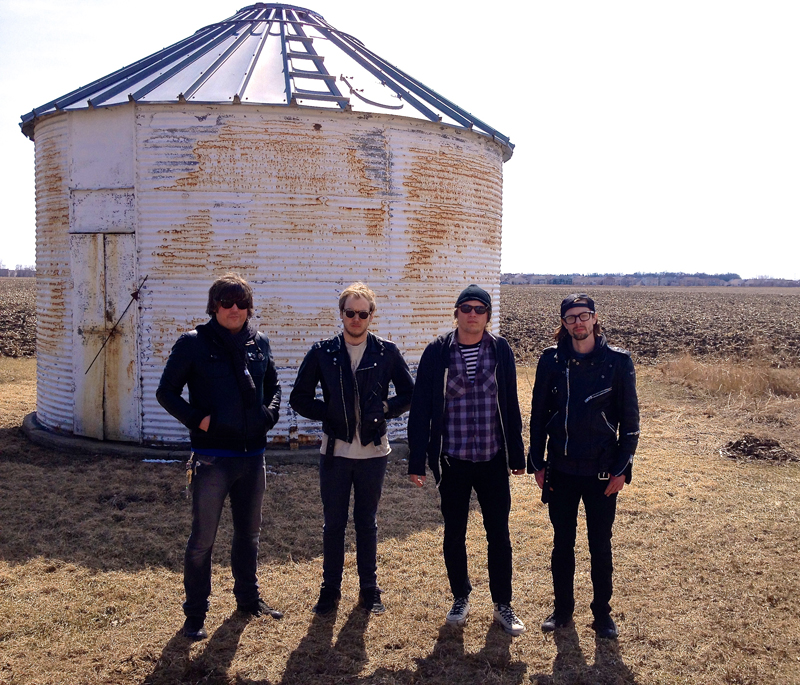 “The band’s been touring for three years,” he says. “We’re sleeping on floors still. Some nights we play to four people, you know? And there are parts of feeling like you’ve been in the underground, still, and you’ve worked — I mean, the Anniversary toured, and we toured in a bus. And now we’re getting ready to do this Berwanger tour and we’re getting in a minivan. I’m not complaining. We’re fucking excited about it. But it’s so insane how hard it is to get people to come see you.”

So now, as he embarks on Berwanger’s East Coast tour, he’s hoping that the better distribution means the new record will be in the record stores of the cities they perform in before the shows, that the songs will have arrived on college radio, and that more people will show up at the gigs.

He and the band played two area shows last week — one gig at RecordBar and another at the Eighth Street Tap Room in Lawrence, where the space is small and the shows can get packed to the walls. His official album release party, scheduled for November 9, happens early at Mills Record Company, before he drives downtown and takes the stage with the Anniversary as it plays its first Kansas City show in ages at RecordBar — a show that will very likely sell out before doors open.

“I’m really excited about the record,” Berwanger says .”It’s my favorite record I’ve made, and I’ve had two years to sit on it as well.” He believes it’s solid from start to finish, finely honed and well-produced. And, more than anything, it perfectly captures that feeling he still lives with — of being an outcast, a weirdo, even now, firmly into his life and his career. The underground awaits.