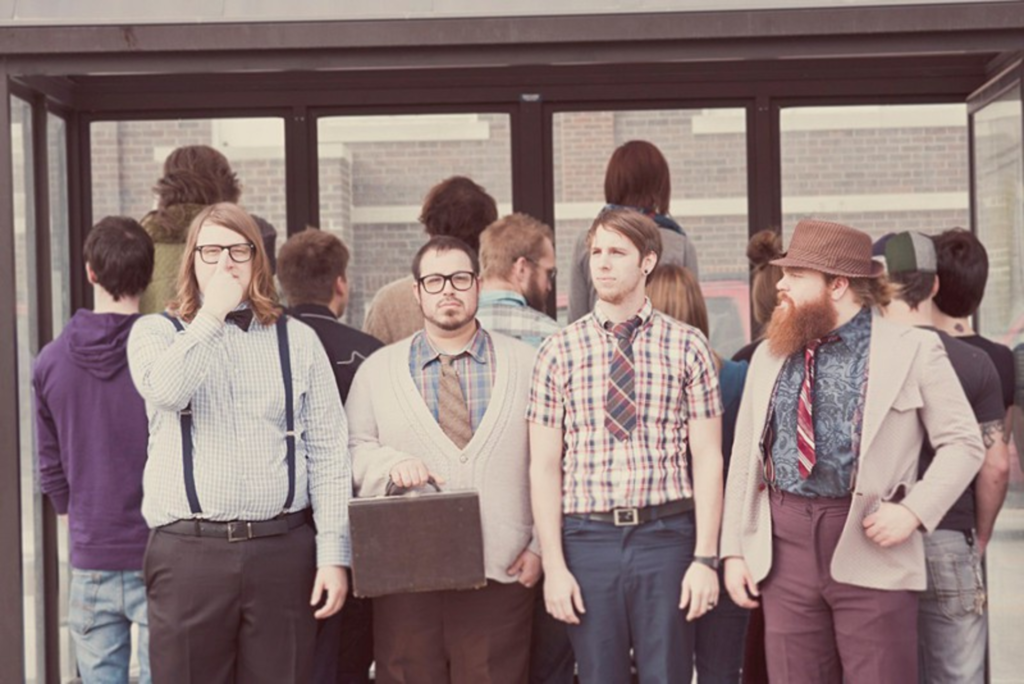 In early February, Me Like Bees wowed crowds at Coda and RecordBar with its dizzying mix of aggressive rock and grooving rhythms. The two-year-old Joplin band — three members have KC roots — is swinging back this way on March 23 to promote a self-titled debut that magically conducts its live electricity in recorded form. The Pitch sat down with singer and guitarist Luke Sheafer, guitarist Peter Burton, bassist Asher Poindexter and drummer Tim Cote.

The Pitch: Is Me Like Bees’ infectious, eclectic mix the result of a conscious decision?

Luke Sheafer: It’s very much a mix of our tastes. We’ve never sat down and said, Hey, let’s write this kind of song. Pete comes up with a guitar part. I come up with a melody. We see what Asher comes up with on bass.

What sounds have affected your band’s tastes?

Asher Poindexter: [Who bassist] John Entwistle. On “Baba O’Riley,” where he’s firing those notes off like a machine gun, throwing in as much as he can in the space allotted. Also, Peter Gabriel’s bassist, Tony Levin, who follows the melody with his bass.

Peter Burton: Riffs that pull you into the song. Smashing Pumpkins, too. I take that perfectionist, Billy Corgan work ethic with the guitar — the overdubs, the amount of articulation.

Sheafer: I was raised on the blues. Then I heard the White Stripes’ “Ball and Biscuit.” That stirred me up. I thought, Yeah, I want to do that.

What influences do you have in common?

“Good Machine” — a song about a square, corporate character — is an interesting tune. What’s behind that?

Sheafer: So much of it, for me, is what I’m trying to avoid by playing music, you know? I don’t want to work my whole life for two weeks’ paid vacation. At the same time, my parents provided for me. The song is not in any way looking down on that guy. It’s really an expression of sympathy.

You have a surprisingly rich sound on this record for an independent debut. How did you get it?

Burton: Three of the songs were recorded at a friend’s house in Kansas City. “Iconica,” “Good Machine” and “The Devil’s Song” were recorded at my school by one of my classmates, Austin Marti. He does a really good job, but it all took a long time.

You’ve got a core crowd that packs the house in Joplin at the Blackthorn. What should Kansas Citians expect from the live show?

Sheafer: The White Stripes messed me up because it was so good. We want to do that.