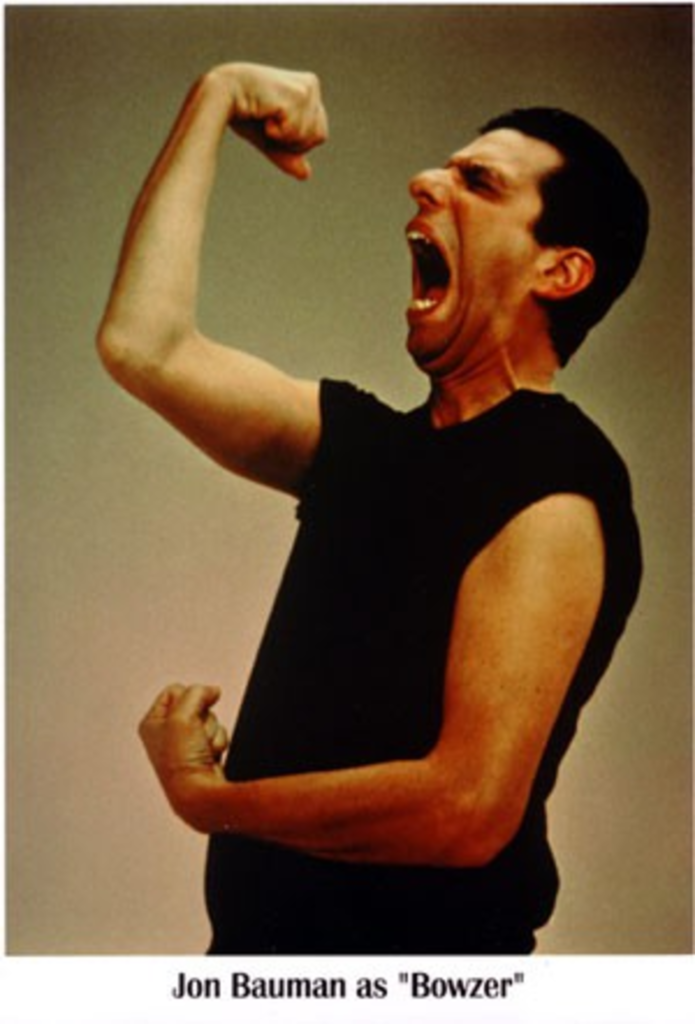 Thanks to PrimeBuzz, we learned of Kansas House Bill 2082, which, basically, makes it illegal for a musical group to assume the identity of another group in order to sell tickets or recordings or the like. In other words, if little Neddy of Roeland Park and his friends form a band and call it, say, Sha Na Na, and go around selling tickets to the “Sha Na Na” concert they’re throwing in Neddy’s back yard, well, not only will they have Jon “Bowzer” Bauman of the REAL Sha Na Na contend with — they’ll have the state of Kansas to deal with, too!

According to the Wichita Eagle’s blog, Bowzer Bauman, leader of the ’50s-themed novelty group which Neddy of Roeland Park duplicitously sold his neighbors tickets to see, is on a state-by-state crusade against rock-and-roll identity thieves. His first triumph: Pennsylvania. His latest: the Sunflower State.

We found a video of Bauman explaining his quest before the California State Assembly. We recommend watching at least the first minute, during which he sums up his argument by saying, “The bottom line is that these impostors simply need to … yipyipyipyipyipyip, bombombombabombabombom … get a JOB.”