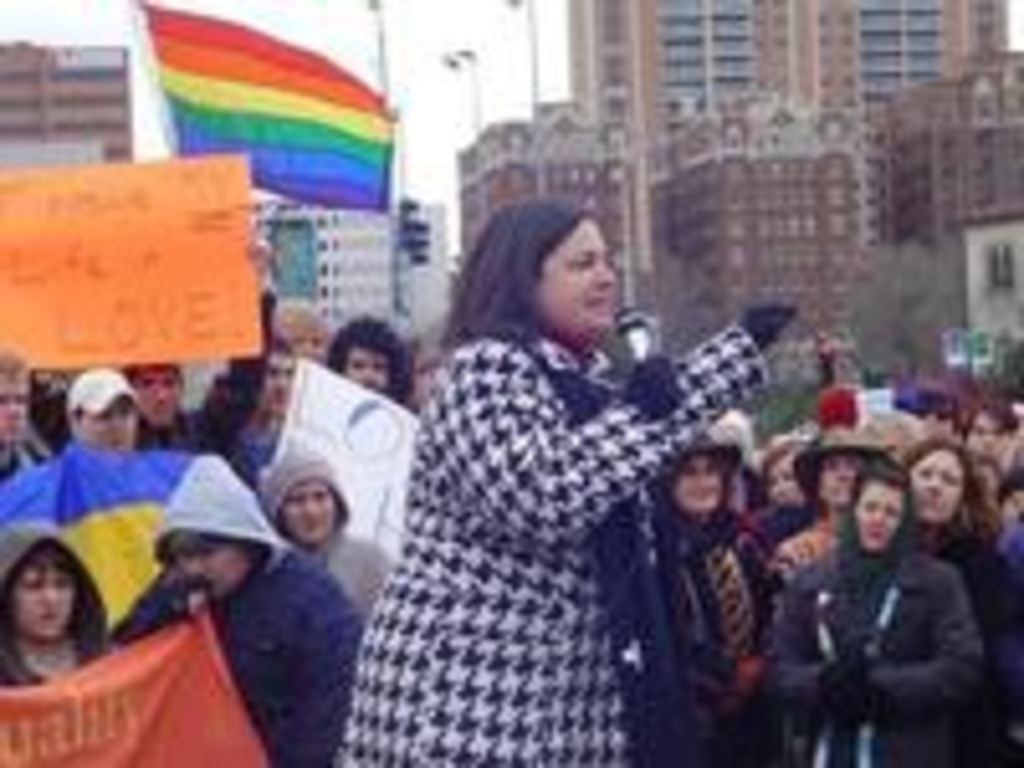 Every year, The Advocate magazine gives props to the “activists, artists and other stand-outs” who are advancing the gay rights movement around the globe. Last week, the magazine released this year’s “Forty Under 40” list.

Missouri state Sen. Jolie Justus is one of them.

Elected in 2006, the Kansas City Democrat was the state’s first openly gay senator — and she’s got some hilarious stories about her initial interactions with her more rural and conservative colleagues to prove it.