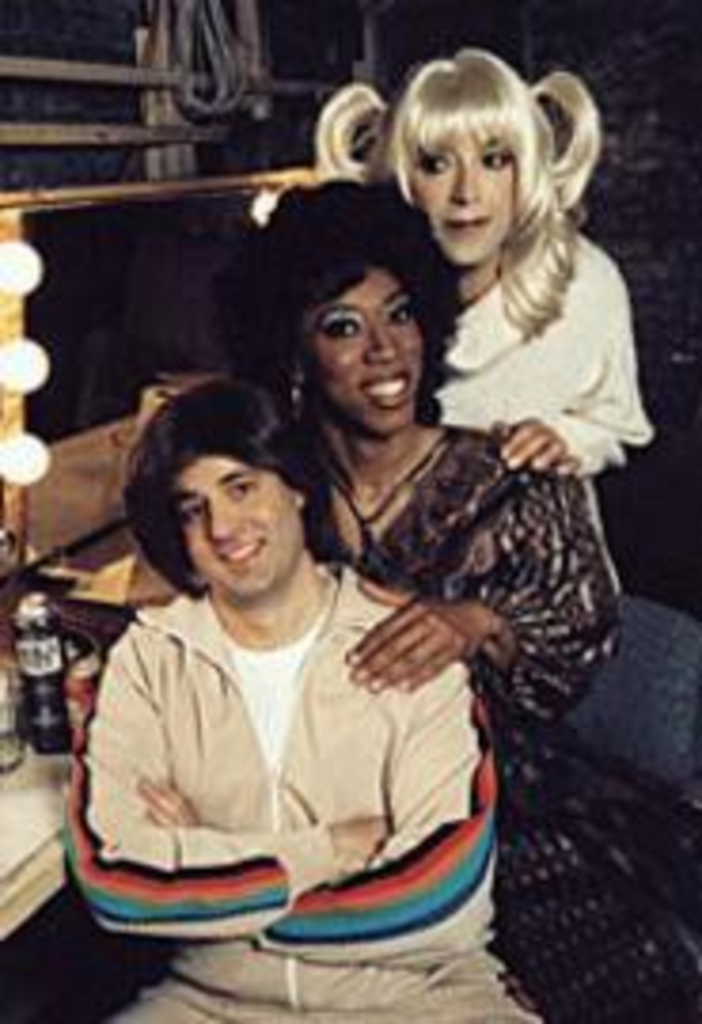 Now Late Night pollinates The Importance of Being Earnest, Oscar Wilde’s brilliant comedy of manners and mistaken identities from 1899, with that guilty pleasure of the late ’70s Three’s Company. Dippy Chrissy, fussy Jack and drippy Janet pressed on some sort of cultural nerve, and the show became an inexplicable hit. Philip blue owl Hooser, author and director of The Importance of Being Three’s Company, poses the wacky roommates in a production that makes some veiled references to Wilde’s play but is mostly about the low common denominator that is the American sitcom.

Hooser’s loves obviously cross all boundaries and genres. He has steeped himself in Wilde’s three-act play — probably while sunk into a beanbag chair watching Nick at Nite. After the familiar theme song’s first line — Come and knock on our door — in walks the blond boob with the formidable T&A, Chrissy (Ron Megee); the straight-posing-as-gay Jack (Steven Harlan, making an impressive Late Night debut); and the sensible and, here, African-American Janet (Johnnie Bowls). These impulsive twentysomethings are balanced by their landlords, Mr. (Hooser) and Mrs. Roper (David Wayne Reed); and the lounge-lizard neighbor, Larry (Justin Shaw).

Earnest sneaks into the plot after Hooser deftly sets up what could be a typical — though skewed in that Late Night way — Three’s Company episode. Janet’s doing costumes for a community theater group tackling Wilde’s play and Jack’s fumbling around trying to hide his gay jones for Larry, who has fallen in love with a waitress at the Regal Beagle who thinks his name is Earnest. Much of Chrissy’s storyline in the first act plays on her low IQ — she was a blonde joke before there was a name for such a thing, and Megee jiggles his way through a vacuous haze.

Once the characters are set like quick-dried frosting, Hooser whisks in all the backstage shenanigans that come with sudden fame, like when Suzanne Somers started demanding more money. Hooser details it all with academic sleight of hand while writing great cheeseball-sitcom dialogue that Late Night punctuates with a random laugh track.

Late Night’s talented design crew inflicts upon the show everything wonderfully hideous about the ’70s. Costumer Georgianna Londre outfits the cast with bolts of polyester, and Andy Chambers’ wigs are like time capsules of bad hair days. And the soundtrack, with accompanying Liz Jeans choreography, is eight-track fabulous.

The company also milks another ’70s phenomenon: the “jump the shark” concept. It refers to a Happy Days episode involving Fonzie and sharks and has since been used to document the moment when a television show begins to putrefy. Of course, Late Night takes it to its literal extremes, prominently featuring an inflatable shark that the actors incessantly leap across — not into a void but rather into an intoxicating Pink Lady.

Postscript: Among the illuminated group vying for Tony Awards on June 8 is Bernadette Peters, who, at 55, plays Gypsy‘s Mama Rose with a lot more vivacity and sex appeal than most actresses put into the part. As directed by Cabaret‘s Sam Mendes, the role presents a pushy stage mother who might have been a contender had life not handed her so many obstacles. The show’s conductor is Kansas City, Kansas, native Marvin Laird, who has been Peters’ musical director going on thirty years.

Other observations from a recent New York trip: Antonio Banderas makes a charismatic Broadway debut in the revival of Nine, loosely based on Fellini’s 8 1/2. The lushly scored and gorgeously designed show is about how a film director’s sexual addiction usurps his creative juices. More than a dozen talented women costar, chief among them Mary Stuart Masterson as the director’s humiliated wife, Jane Krakowski as his sexy mistress and the ageless Chita Rivera as his producer.

Chided of late for his overemoting, Al Pacino hams it up yet again in Oscar Wilde’s Salome: The Reading, directed by Estelle Parsons. The cast members, including Oscar winners Dianne Wiest and Marisa Tomei, have their scripts handy but hardly glance at them, focusing instead on the evil and sexual tumult lurking around a family used to getting what it wants. Wiest is great, and some people — but not all — seem tickled by Pacino’s bluster.

Tonys will surely go to Take Me Out, Richard Greenberg’s play about a professional baseball player who reveals that he’s gay, and its superb featured actor, Denis O’Hare, who plays the out outfielder’s gay business manager. O’Hare’s metamorphosis from a nerdy numbers cruncher to a man molecularly transformed by the emotional nuances of the game ranks among the best performances on Broadway this year. Costarring as the made-in-Japan pitching machine is James Yaegashi, who just a couple of seasons ago was finishing his course work in the University of Missouri-Kansas City’s MFA program. And, yes, he’s naked in the notorious shower scenes.