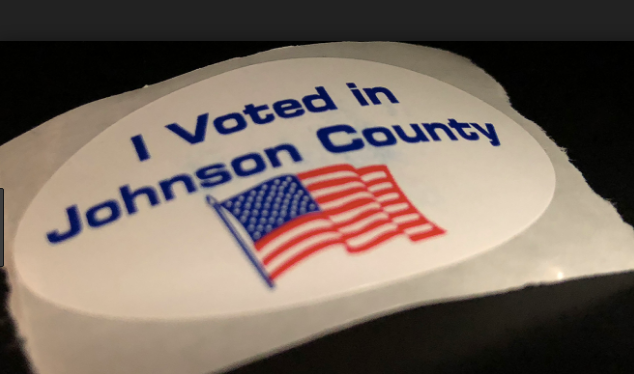 “I have absolutely no regrets,” Johnson County Election Commissioner Ronnie Metsker said of the county’s agreement to purchase $10.5 million in new voting machines that made their debut two days ago. “This is an incredible company and I know they will make this right. While I’m very disappointed in the performance, obviously, I am not disappointed in the vendor, and I think we need to allow them the time to make this right.”

“I have to compliment you and your team,” Klika told Metsker at a post-election commission meeting on Thursday.

Johnson County vote totals took all night to be reported. Totals didn’t go out until 8 a.m. Wednesday. Before Metsker took office, results were in by 10 p.m. on election nights.

Moreover, this was the second strike for ES&S and the county under Metsker’s watch. In November 2016, Johnson County workers pulled an all-nighter after ES&S machines appeared to drop 2,100 ballots. (The problems were later attributed to computer capacity, not the new equipment.)

The county gave ES&S a second chance when it decided to continue its overhaul and buy 2,100 new voting machines from the company this year. Metsker had said he was satisfied that the 2016’s problem was not going to be repeated this year because of the better software.

As it turned out, election night was déjà vu all over again at election headquarters, as frustrated workers — including ES&S techs — tried repeatedly to get the results to upload, only to be met with a slowly spinning wheel of death.

But county commissioners and Metsker were cultivating a spirit of forgiveness on Thursday. After reviewing Tuesday’s events, they circled the wagons, concluding that the county shouldn’t be too quick to blast ES&S. After all, the company had issued a statement accepting responsibility, absolving the county of error, and apologizing for the slowness.

Most of the commissioners’ comments at the meeting reaffirmed their unanimous May decision to buy the equipment. They said the security of the election was not in doubt and that voters finally got the “paper trail” from electronic voting machines that they’d been asking for.

“It all boils down to a software glitch in reporting,” Klika said. “As far as the integrity of the machines, it went well.”

“How far can you beat somebody up when they admit there’s a mistake?” Klika added.

“I’ve tried to exhibit what I would all ‘common grace,’ where we cut each other some slack,” Metsker said of ES&S. “We need to adjust and allow some corrections to be made.”

Johnson County Commission Chairman Ed Eilert did warn that the county’s contract with ES&S (for the 1,100 machines on hand and the 1,000 more coming in September) might not be “complete” until the county knows how the equipment properly works. It was the only moment of the meeting that suggested anybody might even theoretically face repercussions for Tuesday night’s debacle.

The new equipment was supposed to make things easier on election night. Instead of uploading votes from 1,650 cards — one for every voting machine — as had been done with the old equipment, there would be 192 specially encrypted thumb drives. That’s one drive from each polling place.

What went wrong election night is still a mystery that ES&S engineers will be better able to answer once they’ve gone through the records, Metsker said.

Everything seemed to be working fine during advance voting. Election workers began uploading data from the advance vote and that went “lightning fast,” he said.

On election night, eight technicians, including some who had helped build the new computer architecture, were on hand to help with the debut, but it did not speed up the reporting.

The vendors assured county workers that they had done nothing wrong, Metsker added.

Metsker told the commission that he believes the problem was isolated to the “pinch point” of uploading data. Afterward, he said he could not absolutely rule out whether the county’s computer capacity was part of the problem. In 2016, delays were caused by low amounts of storage and a failure to back up results often enough, he told the Pitch in an earlier interview. That problem should have been solved with new software and equipment, he said.

It apparently was not.

Johnson County was the last of Kansas’ four most populated counties to get new voting equipment. Sedgwick, Wyandotte, and Shawnee counties also recently bought slightly different versions of ES&S voting machines. But none of those other counties have had problems with their new equipment. Only Johnson County.

“You have my full faith and support,” Ashcraft told Metsker. “You will get to the bottom of it. I’m confident that whatever glitch happened this time, by the time the general election rolls around, you will be in high clover.”