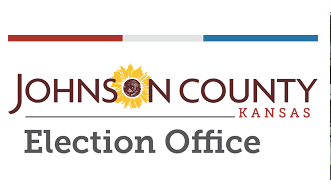 A new vote-reporting system that fell flat last week will again be in the spotlight Tuesday, as the last votes are tallied in Johnson County.

A week ago, vote totals from Kansas’ most populous county took all night to be announced because of upload problems with the brand-new Election Systems & Software voting machines. The next chance for that system to perform will be during the counting of provisional and mail-in ballots, which is going on right now.

This time, though, things will be different, says county elections commissioner Ronnie Metsker.

“I am absolutely confident we’ll be able to generate that report and have it out by 4 p.m. tomorrow,” Metsker says.

That confidence does not appear to be based on any new information from the Omaha-based company, though. Since the primary, the company put out a statement taking sole responsibility for the problem and pledging to fix it. But so far, there’s been no news as to how that’s going. ES&S had not responded to questions from The Pitch by late Monday afternoon.

Nevertheless, “We have regular contact with ES&S on the problem,” Metsker says, adding that the company will bring a report “on what happened, what the fix is, and what the timeline is for doing that fix so that we can rest assured it will never happen again. It’s a one-time event.”

The election office will be under heavy pressure to get it right because of the extremely tight GOP primary between incumbent Gov. Jeff Colyer and Secretary of State Kris Kobach. Though the unofficial 42.7 percent to 36.5 percent Johnson County vote for Colyer probably won’t change, the county’s provisional votes could easily make a difference statewide, where Kobach’s lead was down to less than 200 votes.

Johnson County commissioners, acting as the board of canvassers, agreed to count 1,176 more ballots Monday morning, plus the statewide or countywide races on 275 more. But the public won’t know how those people voted until late tomorrow afternoon.

The unusual amount of time — most vote canvases are done in 30 to 45 minutes — is due to the huge number of write-in votes. There are 13,317 write-ins over 2,000 races, and they all must be individually examined because there’s no guaranteed consistency in how the names are written out, Metsker says. Election workers will have to decide the intent when a voter writes in a nickname or misspells a name, for example.

The write-ins must be examined by hand, but the other votes can be run through the scanners and tabulated by machine. The work is done by a special 11-member board of election volunteers from both major political parties. Metsker said campaign observers will not be present during this research phase of the recount.

(The large number of write-ins isn’t unusual, though. Most were for precinct party committee members, and in many cases, no one was on the ballot for those positions.)

On Monday, county commissioners heard Metsker’s reasoning for why 1,176 provisional ballots should be counted and 898 should not, and why a partial count should be allowed on 275 more. The biggest reasons votes were disallowed was because voters were not registered or because of problems following the state rules on party affiliation.

Some 219 ballots were not counted because there was no proof of  registration. Another 272 were disallowed because people insisted on voting in the wrong party primary.

Kansas allows voters registered as independents to declare a party affiliation up to the day they vote. But someone registered with a political party must make the change by June 1 for the August primary.

Commissioners also agreed to count 57 ballots of unaffiliated voters who were wrongly told by an election worker that they could not declare for a party on voting day.

Voter ID also played a part in some of the changes. Thirty-two ballots were accepted for voters who did not provide ID at the polling place but brought it in later to the election office. But 59 ballots were disallowed because the voters who didn’t have ID failed to produce it later.

A bright spot this year was improvements by the U.S. Postal Service, Metsker said. Two years ago, his office took the heat from absentee voters who complained that their ballots weren’t delivered on time. In one case, a college student felt compelled to fly home to vote.

A new law allows ballots to be counted as long as they are postmarked on or before Election Day and were delivered by Friday.

“This time they did an exceptional job compared to normal,” Metsker said of the post office.