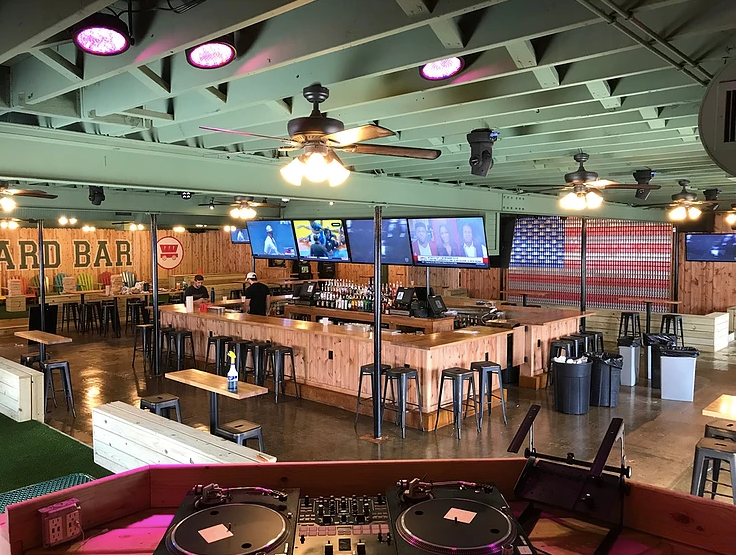 Five years ago, a bar called The Shot Stop opened in Waldo. I went there to write about it. I assumed it would close in about a year, and to the untrained eye, it did. In 2015, it became Johnny Kaw’s. But the owner was the same: a guy named Brett Allred. And he appears to be doing something right.

In 2016, Allred opened a Johnny Kaw’s in Westport, at 504 Westport Road — the space formerly occupied by Gusto Lounge, just west of Kelly’s. It attracted a sufficiently huge college crowd that, earlier this year, another Westport location — Johnny Kaw’s Yard Bar — opened in the old Ernie Biggs space, at 4115 Mill Street.

So, if you are keeping track, that’s two pretty good-sized locations that Johnny Kaw’s has in Westport.

On Thursday, the bar tweeted that it would be opening FOUR MORE LOCATIONS IN WESTPORT in the next year.

If you don’t feel like looking up those addresses:

◊ 421 Westport Road is the old Snow & Co. (better known as the old Union). A few months ago, the plan was for that establishment to be called Scarlet, a high-end bottle service lounge.

◊ 427 Westport Road is where Volume 1NE, the sneaker shop, was operating until it recently moved to the Crossroads. There’s been construction going on inside this space for the last month or so.

◊ 4120 Pennsylvania is currently Dempsey’s Burger Pub. It closed “for cleaning” on Thursday, about which the Star‘s openings-and-closings reporter Joyce Smith says “more to come.” Hmmm.

◊ 4050 Pennsylvania is the address of Char Bar, though there are multiple spaces inside that building. It seems unlikely Char Bar will close, but its owners did recently close McCoy’s and Sailor Jack’s.

Could Johnny Kaw’s giant announcement on Thursday be related to last week’s (pretty sudden) McCoy’s news? That seems…likely? We’ll update this post once the full picture comes into clearer focus. For now, though, wow. That is a lot of Johnny Kaw’s in one place.