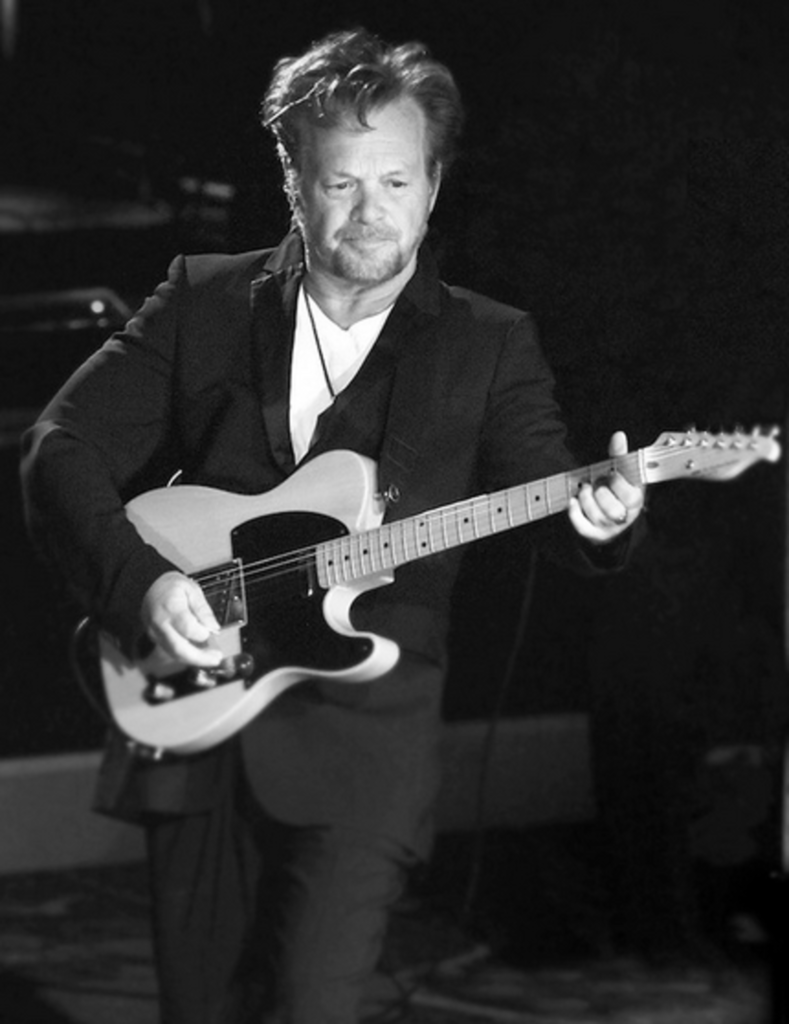 Aging rockers carry a heavy burden. Unlike their audience, they have to successfully be who they’ve always been – often an impossible task. But they also have to be renovated performers, preferably better, constantly plowing new ground. Last night, despite a cold, John Mellencamp managed to pull off that balancing act.

As the band strode out in front of a giant grain silo-graffiti backdrop, Mellencamp was dapper in a simple black-vested suit. It was the man we all knew well: tie-less, rockin’ that classic V-neck t-shirt. His band looked far sharper in tuxedos and crossover ties, with violinist Miriam Sturm elegant in a black tulle-skirted gown.

Opening with the shuffling “Lawless Times” and “Troubled Man” from his latest, Plain Spoken, the band was wonderfully tight. As they dropped back thirty years and tucked into “Minutes To Memories” and (of course) “Small Town” from 1985’s Scarecrow, it was clear that the show was going to live up to its subtitle, “A Musical History of John Mellencamp.”

As the last lines of “Small Town” echoed away, Mellencamp walked up to the mic and addressed the crowd.

“You know, we got together and talked about canceling tonight, ‘cause my throat’s all fucked up,” he said. Before gasps could fully erupt, he quickly added: “But I said, ‘I can’t do that to these people.’” From that moment on, Mellencamp had a grateful crowd in his pocket. 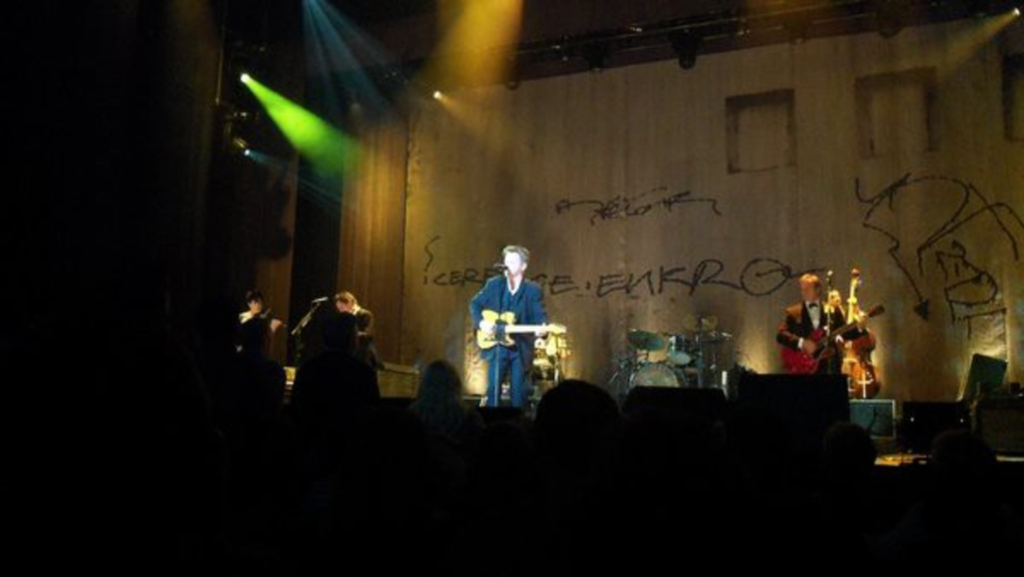 That throat problem added gravel to some of the evening’s best songs, including his next one, Robert Johnson’s “Stones in My Passway,” with the band giving Mellencamp momentum for a twirl or two that would make James Brown jealous. Keyboardist Troye Kinnett buoyed up another new one with luscious Hammond B-3 solos on the new “The Isolation of Mister,” and Mellencamp, in spite of his illness, soared into “Check It Out,” blessing the audience with some heartfelt preacher palms.

At that point, he took it down a little. He introduced “Longest Days,” a song inspired by his grandmother, with some wisdom and advice on following your dreams. He evoked her mantra of keeping your eyes down, keeping your mouth shut and eating your eggs.

“You know,” he added, “having a dream is the greatest gift of all. You’re never alone with a dream… and the eggs aren’t so bad.”

As Mellencamp headed into “Jack and Diane,” just him and a guitar, the crowd took over most of the lines. There might have been just a touch of relief in Mellencamp’s posture. (It’s a different and more earnest crowd-sing vibe when the audience, with naked self-interest, has the intention of saving their guy’s voice.) The voice issue also let Mellencamp drop into truly Tom Waits-like basso profundo growls on “The Full Catastrophe,” another song driven by Kinnett, this time on saloon piano.

One of the surprises of the evening was two songs from Ghost Brothers of Darkland County, a musical co-written by Mellencamp and Stephen King (and according to Mellencamp, due for a premiere on London’s West End soon). Carlene Carter took the spotlight for “Away From This World” and for a duet with Mellencamp on “Tear This Cabin Down.” By this stage in the evening, as Mellencamp clutched the up-turned suit collar to his throat, it wasn’t clear if he was doing his best James Dean or just plain coming down with a chill.

Kinnett, on accordion, joined Sturm for a gorgeous gypsy cabaret medley of a few of the tunes Mellencamp didn’t have time to do (wafts of “I Need A Lover,” for instance). Mellencamp took this moment to exit the stage for a moment, and when he returned, his coat was off and t-shirt sleeves were rolled up. He tore through “Rain on the Scarecrow, “Paper In Fire,” “Crumblin’ Down,” and “The Authority Song,” ripping them up as if he weren’t all of 63 (and as if his voice felt fine). Still, by the time he closed out with the full frontal assault of first “Pink Houses” and the nostalgia of “Cherry Bomb,” he’d pull away from the mic occasionally, let the crowd sing, and just cough. Understandably, he let the encore go.

Based on what Mellencamp can do with a bad throat, he’s going to be doing this for a while. A better subtitle for this tour might simply be Where I Am Right Now.

Leftovers: Carter’s set, a little somber overall, had both the most heart-wrenching and the most comical moments. Her tribute to her mother June Carter, “Lonesome Valley,” with Carter solo at the piano, provide a moment to remember the losses from that whole family, and even with people still filing in, it evoked a few tears. The only Valentine’s Day nod of the night, Carter’s mildly messy smooch with her husband Joe Breen (a Steve Zahn look-alike), followed their duet on “Black Jack David,” and it was nice to see.

Setlist (JM):
Lawless Times
Troubled Man
Minutes to Memories
Small Town
Stones in My Passway (Robert Johnson cover)
Human Wheels
The Isolation of Mister
Check It Out
Longest Days
Jack and Diane
The Full Catastrophe
Away from This World
Tear This Cabin Down
Rain on the Scarecrow
Paper in Fire
If I Die Sudden
Crumblin’ Down
The Authority Song
Pink Houses
Cherry Bomb

Setlist (CC):
Every Little Thing
Easy From Now On
Little Black Train
Black Jack David
Lonesome Valley
My Dixie Darling
The Storms Are On The Ocean
Wildwood Rose/Will The Circle Be Unbroken
Change